The Major League Baseball season is in full swing, and nothing reflects the variable nature of our country’s response to COVID-19 better than how major cities are continuing to respect (or ignore) the virus and their baseball teams are handling fans. In Toronto, they are not even letting the Blue Jays play in their country, while in North Texas, it is as if there isn’t even a virus out there killing people anymore. With a lot of baseball ticket credits leftover from last season, I decided to try to reach for a little bit of normalcy and check out some of these venues.

For those who haven’t been to the airport in a while, aside from mask requirements and fewer restaurants open, it is nearly business as usual. Southwest Airlines had eliminated middle seat usage for several months during the pandemic, but that practice is over, as is their practice of boarding the plane in groups of 10 instead of 30, at least in the airports I have visited. Most of the 6-feet-apart indicators on the floor are gone. In north Texas, QuikTrip employees no longer have masks on, and the restaurants are packed. By my anecdotal account, the people least likely to be seen wearing masks shopping indoors have similar demographic characteristics as those most affected by COVID-19. We seemingly learned nothing from this pandemic.

The Texas Rangers, eager to show off their shiny new stadium, were the first team to open to 100 percent capacity. As I walked into their stadium, there were few COVID-19 protocols in place. Concession lines were congested, and it became clear that the lack of concern for public safety was probably a greater hazard than the 2-foot chili cheese dog they sell that must be close to 3,000 Calories. The stands were mostly full, the retractable roof was in place, and any rules to keep masks on were not being enforced. It just so happened that while I was there, I witnessed the first-ever no-hitter by the San Diego Padres, something that made the crowd erupt in screams 3 hours after tens of thousands of fans had settled into this enclosed structure. I was somewhat bewildered by such enthusiasm for the visiting pitcher, but I suppose the fans in attendance were just itching to gather in public and not necessarily there to support their home team. While the public health effects of this event will remain unknown, we do know that one of the first outbreaks in Italy was directly attributable to a soccer match.

The following week, I made a stop in St. Louis to see Yadier Molina hit a home run in his 1,999th game behind the plate. The culture in St. Louis was distinctly different. In the mall, they were limiting the number of customers just like last year, and agents at the Metrolink enforced the rule that riders must wear masks. The ballpark was notably safer, as only a limited crowd was in attendance. I asked a customer service agent to take my picture, and she visibly sanitized her hands before and after handling my phone, only allowed me to take my mask off when I was 6 feet back and asked me to put my mask back on before handing my phone back. I visited the Cardinals’ Hall of Fame, and you had to keep your mask on and wear plastic gloves if you wanted your picture taken holding a famous Cardinal’s bat.

I suppose this just proves that if we can finally progress to a sense of normalcy one day, we will do so very gradually, and it will have a different appearance in different places. The free riders who enjoy the liberties provided by those who do the most to prevent the spread of the virus can continue to ignore public health because this is the United States where our acute feelings of compassion manifest only in the 15 minutes following witnessed tragedy. The chants from a year ago to flatten the curve and protect our health care heroes died out long ago. Now a mask is too much of an inconvenience.

Maybe it isn’t a coincidence that the Cardinals have 11 World Series titles while the Rangers have zero. While the professional football team that plays next-door to the Rangers has several strong individual football players, it simply doesn’t have the leadership or team chemistry needed to mount a championship-caliber team despite its perennial belief that it is a contender. Just like with public health crises, it takes a team approach to win. 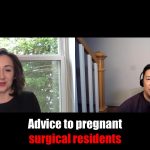 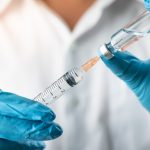 Missouri and Texas: a tale of 2 COVID cultures
4 comments