It has been over a year now since shelter-in-place orders struck fear into many, forced millions into unemployment, and taught us all the meaning of the term “supply chain.” It didn’t take long before the chants of “flatten the curve” and “support our health care heroes” dissipated. Once more was known, many industries figured out to cope safely while others just decided to cope unsafely. The government stepped in to help a lot of rich people and hopefully some lesser advantaged people as well. Somehow, despite the devastation of COVID-19 and the many months of vaccine development, states and agencies failed to have robust protocols in place for vaccine distribution or how to get vaccines to seniors who don’t use computers a year into the pandemic. We are still working out kinks in March 2021 that should have been addressed starting in March 2020.

As a radiologist, my exposure risk was never as great as most of the health care system. Many radiologists never need to be in the hospital. Some radiologist leaders chose to subtly force their doctors back into hospital reading rooms unnecessarily simply because they didn’t want them getting used to working from home despite improvements in productivity for many of us. This is likely true for many jobs outside of health care and will influence decision-making if the world returns to “normal.”

Some states decided to jumpstart the process by removing mask mandates, essentially unprompted except for political reasons. Masking has been shown to prevent virus spread, and masks are both affordable and readily available, yet states like Texas have opened up more completely, with plans to open the Rangers’ ballpark in north Texas to 100% by opening day. Whether this was done to provide cover for the Texas power failure is unknown, but decisions like these are nonetheless based on the concept of freeriding, which has become a political tool in recent years, and other states followed the Texas governor’s example.

Freeriding occurs when some people absorb the inconvenience of masking to protect the lack of compliance by the others. This applies to those saying, “the flu kills people all the time, and I am tired of wearing a mask.” This is true, but the flu isn’t spread through the air the same way the coronavirus is, nor does it quickly fill up our hospitals at the same rate, or else we probably would mask during flu season every year. Hence flu shots have always been so important. Health care workers get them every year to protect patients, and once full FDA approval is granted for SARS-CoV-2 vaccines, I hope that hospitals require them for employees to the same extent as flu shots.

What freeriders must understand is that there are two elements to COVID—the disease and the public health implications. We know COVID-19 hurts and kills vulnerable people. Thus far, vaccines appear to markedly decrease such morbidity and mortality the same way flu shots accomplish this, that is, until the virus mutates around it, something that influenza figures out every year. The more complex part is the spread of the virus through the air. As long as we have spread, we can’t really get our economy back, and masking (and probably vaccination) reduces spread, so it is still important.

Somehow the vaccine has become a political or social issue. The coronavirus vaccine is no more controversial than any other medical treatment. Lebron James came out as saying that it is a personal decision, likely to preserve his brand across multiple political parties, but he would do more to help the world by simply saying that the best way to preserve life, health, and economic security is to become vaccinated. You are helping restaurant workers, retailers, and your health care heroes when you get vaccinated. There is no controversy.

Bill Maher recently hosted two evolutionary biologists who stated that they were waiting for one of the newer adenovirus-based vaccines instead of the Pfizer or Moderna products under the guise that genetically-engineered viruses were more “natural” than the mRNA-liposome technology that has been shown to be safe and effective. With due respect to these scientists, since the Pfizer and Moderna products are safe, why create the false appearance of risk?

How the vaccines work doesn’t matter. You need to know that the risk of any of these vaccines is far less than getting the virus. That’s standard medical advice that applies to everyone regardless of race, sex, or socioeconomic status, or political affiliation.

At some point, we just need to get as many vaccines in arms as possible. Hopefully, the most vulnerable have had a chance to get a shot or will get one very soon. Vaccinating any adult is preferable to wasting a dose. I don’t see why any vaccination hub is not working 24-7 if there are shots in vials. We need to get these vaccines out of the freezers and into arms before mutation renders them less effective.

As I have said several times before, this is not the last pandemic. People are living clustered up at greater rates, and we value our personal liberties over our collective health. We don’t fund public health initiatives (most of our public health departments are not accredited), and we remain fixated on a disease treatment system instead of a health care system. Whether or not this virus was made in a lab, a blueprint is now in place for the next one.

I am giving us a D+ for this pandemic. I saw hospital executives jump the vaccine lines, and somehow my chronically ill parents took weeks to get vaccines behind healthy, low-risk individuals. Our pharmaceutical fixation on profit left us unprepared for this coronavirus almost 20 years after the first SARS, and now we stumble with vaccine distribution a year after this one. Keep masking and get vaccinated. A “normal” existence is possible, but we must be vigilant.

How can we encourage doctors to come home and serve well? 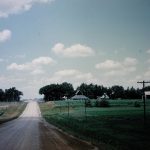 Words matter: Definitions ground us in our profession and in our world [PODCAST] 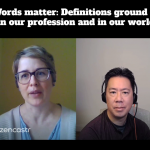