“At least seven children are known to have died in immigration custody since last year,” according to a NBC News report last month.

I recently spent a Saturday working with amnesty-seekers that had been detained at California detention centers in the desert. They were dropped off at bus and train stations in the desert in Southern California, most with no money and no ability to communicate in English. In fact, some spoke predominantly indigenous dialects, and their Spanish was also limited. Fortunately, the Inland Coalition for Immigrant Justice heard about their plight and put out a call to the community for help.

Migrants were taken to local churches and hotels, and a fast-moving group of volunteers rose to the challenge. Among them were numerous local physicians and healthcare workers who reached deep into their own pockets and cupboards, bringing basic medical supplies and over-the-counter medications for awaiting amnesty-seekers.

Each migrant had been properly vetted by the Border Patrol, had an established court date to consider their amnesty case, and had a family member or friend somewhere in the United States who was willing to take them into their homes. What they needed was food, clothing, medical attention, and assistance in getting from the desert in Southern California to their final destinations.

A medical student who I’ve volunteered with in Mexico on numerous occasions reached out to me to let me know about the situation. I quickly packed up my car and made the ninety-mile drive to see how I could help. When I arrived, I found numerous tired immigrants, some of which were sick enough to need prescriptions from some of the volunteer physicians or transfers to local urgent cares. Others were dehydrated, hungry, and suffered from respiratory, gastrointestinal, and skin conditions.

As a physician, I always ask for more information so that I can best understand what I’m seeing. Why were so many patients dehydrated and constipated? Some of the asylum-seekers confided in me that they were afraid to drink water during their travels because they didn’t want to get sick. By the time they made it to our borders and got detained, they were already in need of rehydration. As they stayed in the facilities for one to three weeks, some of them progressively worsened. I asked specific questions about the diet that they were given while in detention. Each person told me the same story: “Frozen burritos and canned beans.” Every mother knows that’s a recipe for constipation and dehydration, let alone every physician. 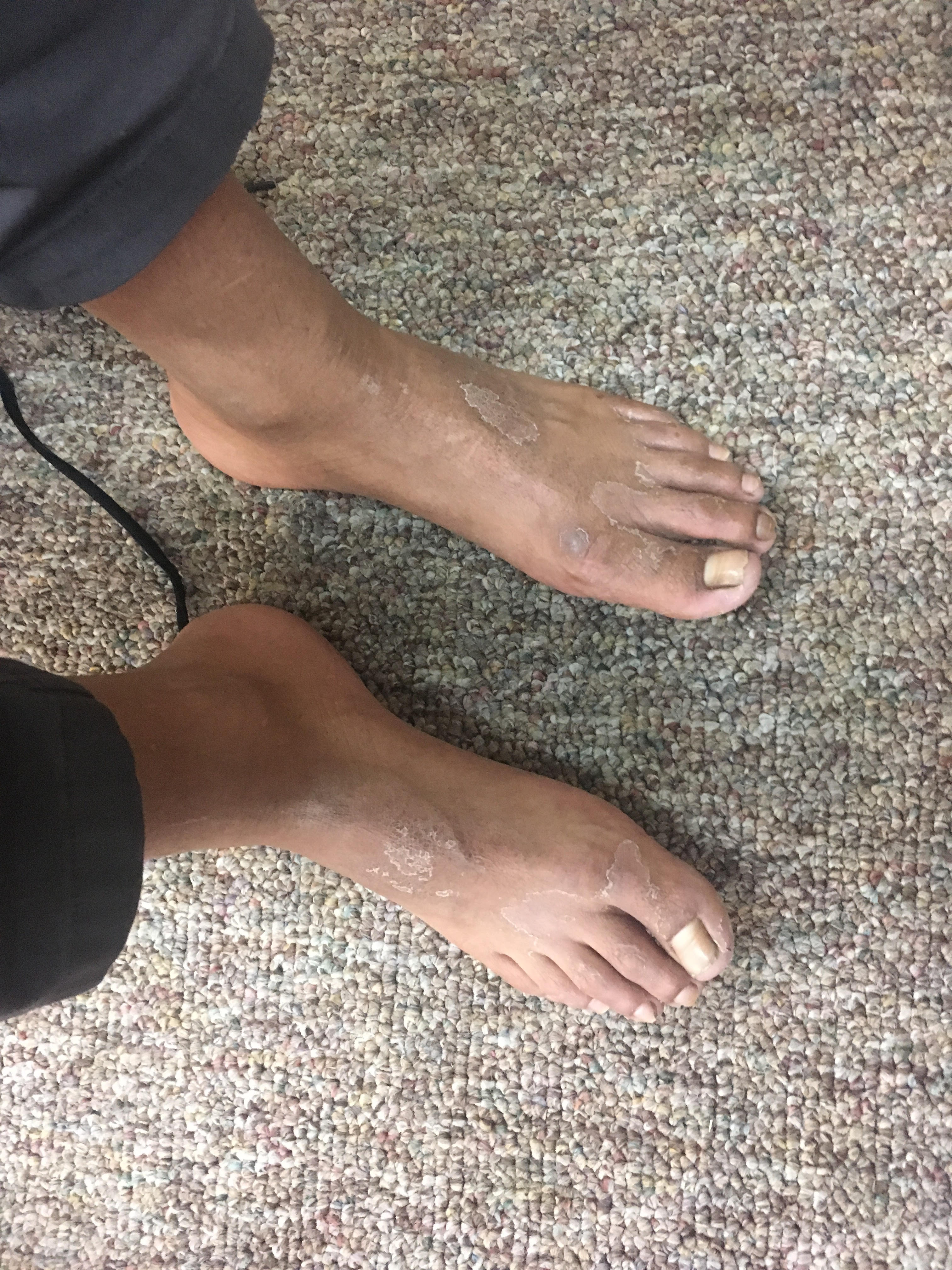 Many had respiratory complaints, and after examining several patients with sore throats and coughs, I was not surprised to hear about overcrowding and cold detention rooms. What astounded me was when I asked about the availability of medical care. The story was consistent: The only people with access to care were very small children, and only if they were “very sick.” Not the numerous kids with the worst fungal infections I’ve seen in years covering their feet. I didn’t even take a picture of the worst pair of painful, damaged feet. The photograph that you see above was taken after I’d already depleted all our antifungal creams and we’d sent a community member back to the store for more. This is what happens when someone crosses a river and continues to wear the same wet socks for one or more weeks. This is what happens without access to medical care or clean clothes.

There was a lethargic toddler that I was very worried about. He looked listless in his mother’s arms. After questioning his mom on his oral intake and number of wet diapers, I was concerned about severe dehydration. We woke him up and gave him oral rehydration fluids, and several hours later, he was playing with the other children. The bottle of rehydration fluid was inexpensive, only a dollar for the generic life-saving bottle, but it was something that I firmly believe needs to be kept on hand for these babies at the detention center.

I would love to volunteer in one of the local detention centers to get a glimpse at what medical care is available and how we could streamline medical care for detainees. But from what I’ve seen on the other side of the detention center, I am not surprised that there have been seven pediatric deaths this year among detained immigrants. Serious questions were raised by pediatrician Dr. Levites-Agababa about access to timely diagnosis and treatment of detained children earlier this month.

Even more concerning is the new reports from a lawyer and physician who toured an overcrowded Texas facility. Their concerns mimic some of the stories that both myself and Dr. Veronica Contreras heard directly from migrants. Dr. Contreras stated, “Many people told me they had lost weight in detention. I treated patients with diarrhea and fevers. They told me that while detained, they were fed rotten beans and rotten sandwiches.” Indeed, I had several patients tell me that they were “afraid to eat” and that the frozen burritos were served completely frozen. Patients reported being kept in a “hielera” or icebox. Patients told Dr. Contreras that they were forced to remove their jackets, belts, socks, and shoes while being crowded into small, cold rooms. Recent news stories corroborate that this is commonplace.

More concerning was a small child with a known heart condition who had lost a significant amount of weight along the journey. Dr. Contreras said that the girl’s mom told her, “She had been having fever and diarrhea for the last few days while in detention.” When she examined her, Dr. Contreras was concerned. The child was six years old but was the size of a 3-year-old child. “The mother stated that the child did not have access to a physician while in detention.”

The time is now to demand timely, proper access to medical attention for all detainees. The patients that I saw told me that adults had no access to care; this must change. I propose that the Border Patrol invite physicians to come to their local centers and assist with the development of a safety plan to identify, treat, and ultimately, to prevent deaths of detainees. I’m ready to do whatever it takes to stop this senseless loss of life.  And there are hundreds of other physicians willing to volunteer to assist in the care of these children. We can do better, America. The time is now to make this right. 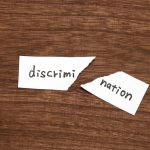 Why patients should read their medical notes 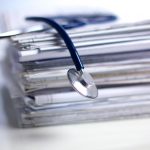 A physician volunteers with migrants. Here’s what she saw.
2 comments