“I want to see the doctor. Not you. I don’t like your kind. I want to see a white doctor, a man,” a patient gasping for air in an emergency room says to the dark-skinned resident assessing her vitals.

“Speak slowly, I don’t understand you people,” a male patient says as an ethnic attending discusses a complicated procedure to obtain consent.

“Are you sure you are old enough to be a doctor?” a patient asks a competent senior resident during an outpatient chronic care visit.

“I’m not a fan of these damn foreigners and Jews coming in here,” a patient proclaims loudly when his team of medical students, residents and the foreign medical school graduates enter the room.

“You’re much too pretty to be a doctor, are you married? You would be perfect for my grandson!” exclaims an elderly patient as a young female attending attempts to listen to her heart.

As the physician workforce moves away from being a field composed primarily of white men, opportunities abound for patients to discriminate against doctors. These kind of comments are more frequently becoming public despite a likely long-standing history. Such events are now in the limelight followed by a murky web of legal, financial, and ethical considerations.

Much like the face of the United States, a country that embraces immigration, the face of a typical patient’s doctor has changed. In 1970 women comprised 11% of medical school seats. Today they constitute 46.7%. Female physicians are increasingly present compared to 1970. However, they represent less than half of the physician population in general practice or in specialties, even though women are equal in terms of medical school admission rates.

International medical graduates comprise 26% of the American workforce and 24% of specialty residency programs. International medical graduates also have the greatest tendency to practice in rural America, and about 20% will choose to do so. This is in contrast with the fact that 75% of United States medical school graduates are white. The physician workforce is becoming substantially more diverse than the traditional, scholarly, silvery-haired, white male typically portrayed in Rockwellian imagery. Despite the change in the classical physician mold, resistance comes not necessarily from physicians — but patients in many circumstances.

Discrimination against medical professionals is a problem not only for the mental health of providers but it also has monetary and legal ramifications. The resistance in the general population to the changing face of medicine has led to shifts with regard to the demographics of patient care. Minority physicians are overrepresented in minority patient care responsibilities, and U.S.-educated, non-white physicians care for over half of minority patients and over 70% of non-English-speaking patients. This is despite the fact that they comprise less than 30% of the U.S.-educated physician workforce. Non-white physicians also tend to care for underserved and unhealthier patients. A 2008 study shows that increased representation of minorities in the physician workforce could lead to the improvement of classically disparate health outcomes among racial groups. This segregational mindset may inadvertently facilitate a patient’s discriminatory demands. Despite the influx of women and minorities into the physician workforce, training in relation to patient requests such as those outlined above is difficult to find. A handy emergency room algorithm described in the New England Journal of Medicine for addressing racism in an emergent setting is the only tool produced to assist physicians with this issue but neglects clinicians in other fields and settings of care.

There are very real-world implications for financial compensation. Despite over 70% of minorities and 80% of white physicians going into specialty medicine, there is a pronounced income inequality. The disparity can be as great as nearly $40,000 in the case of a black male physician, or $20,000 in the case of Asian physicians. While some of this may be due to geographic distributions, self-employment versus hospital employment and specialty or primary care, each can heavily impact reimbursement. There are clear financial consequences from patient discrimination.

Hospitals, nursing homes, and health care facilities have a long history of acquiescing to the demands of patients regarding the racial or sex makeup of personnel. A recent case in Flint, Michigan, highlights the confusion surrounding the issue. Nurses from Flint’s Hurley Medical Center filed suit against the hospital for adhering to a swastika tattooed father’s request that no black nurses care for his newborn infant in the neonatology unit. Physicians tend to address such requests internally within a group as opposed to involving administration. It may be time for such accommodations to change given the demographic makeup of our physician workforce.

It is clear that patients demonstrate mistreatment and discrimination against physicians. In a 2015 survey of Stanford pediatric residents, 15% had seen or experienced discrimination by patients. The curriculum was created to address this issue in the form of case presentations. Initially determining that a patient’s presentation is medically stable and that the request is not due to an underlying pathology or a possible reversible cause is important to document and confirm clinically. This strategy then allows residents to practice turning the focus of the request to doing what is best for the patient, helping the physician to depersonalize the incident and “cultivate a therapeutic alliance.” The focus of that conversation is to indicate that the health of the patient is of utmost priority and should be higher than any prejudice that a patient or a family member may feel.

Such clinical education should be standardized in the medical school curriculum. Physicians should be educated as to how best approach situations where patient bias is taking precedence over patient health. Furthermore, it would create a culture of awareness for clinicians who are not as likely to suffer patient discrimination. This culture of inclusion and acknowledgment of challenges faced by minority physicians would be a welcome change from the divisiveness frequently experienced. Additionally, physicians who experience this regularly would no longer feel alienated or isolated by these events.

Can the states fix our national health care disaster? 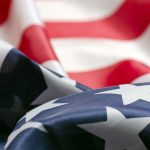 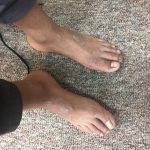 More by Sheila Ramanathan, DO

Discrimination against doctors is costing us
6 comments