A patient comes to you asking, “Doc, my seizures are getting worse, I really hate the side effects of my medications, I want to go a different route. What do you think about medical marijuana?” You start sweating profusely, fidgeting in your seat, thinking of every single reason why not to recommend it and come up with the standard response, “Uh, well, I’m not qualified to recommend it, and it’s not FDA approved, plus we don’t really know much about it. There could be so many side effects.”

And then we have the de rigueur reply, “There are not enough large randomized control trials to recommend it.”

This scene plays 100,000 times over if not a million times over in physician offices across the country. Patients disillusioned with adverse effects of medications are looking towards alternative therapy. As surprising as it sounds, patients with chronic pain do not want to get intoxicated by opioids. In fact, some want to be tapered off of them or refuse them all together. Patients at the terminal stage of their lives wish to live a comfortable and humane existence without the need for more chemotherapeutic medications or pain medications that consistently make them feel like a zombie. While other patients with epilepsy may be on four different antiepileptic agents and can no longer function or have a good quality of life because of side effects. There are two sides to every coin.

If patients do not get their answers from their trusted physicians who they trust with their well-being, their health, the temples of their souls, they will go to great lengths in procuring this knowledge. This is via various sites on the internet some of the dubious nature others are from high-quality companies that have been in business even before this seeming treatment fad started. Or the information may be obtained from their brother-in-law’s friend’s hair stylist who is now pain-free after going through a long course of pain medications, including ablative treatments, physical therapy, and acupuncture, and has a physician who does recommend it.

Like it or not, cannabidiol and tetrahydrocannabinol are alternative treatment options and are gaining traction. To ignore it is to be complacent with the changing landscape of medicine. It is not just for the yoga-practicing patient looking for natural methods; one sees the 83-year-old gentleman probably somebody’s sweet grandfather with the chronic hip pain of 50 years who has failed opioids and is simply looking for pain relief.

Is there any evidence that it works?

The endocannabinoid pathway is found naturally in the system. It is responsible for the runner’s sense of wellbeing one gets after a five-mile run and the pleasant mood you get after a one-hour workout with Zumba. There are two receptors in the system CB1 receptor which has the highest number of brain cells and the CB2 receptor which is found predominantly in the immune system. There are two common cannabinoids cannabidiol and tetrahydrocannabinol which exert various medical effects.

Cannabidiol (CBD) has a weak affinity for the CB1 receptor, and one needs 100 times the amount to get the same euphoria that one gets from tetrahydrocannabinol, the bane of every ER physician. Unfortunately, the side effects of euphoria of THC have preceded its popularity as a medical product. Little do we know that it was once used for hundreds of years as a medication before the psychoactive properties were exploited for recreational purposes. In urologic culture cell lines, it is found that cannabinoids may reduce proliferation of cancer cells and reduce the pro-inflammatory microenvironment that is necessary for metastatic conditions Cannabidiol binds to the 5HT1 receptor which reduces anxiety. THC has been well-established in the mouse model to promote the inhibitory control of excitatory pathways in the hippocampus, where seizures commonly arise. There is an increase in CB1 receptors after prolonged seizures suggesting a compensatory response. It has been used in combination and found in several randomized control trials to reduce the frequency of seizures by as much as 36% in medically refractory patients. It is well-established that cannabinoids reduce pain refractory to conventional medications. Some studies cite side effects of somnolence, nausea, dysphoria, however, it is not clear what was the quality of cannabinoids or dosages were used. At high doses, while THC can reduce pain, it may also result in side effects, which is why it is usually used in combination with CBD which ameliorates the side effects of THC. In addition, cannabidiol by itself has no euphoria. Synthetic products will have more side effects than products that are organic meaning only of natural materials.

Given the huge amount of evidence in several different medical conditions, the results should overwhelmingly be towards a push in using cannabinoids more frequently. However, because of the cynicism of the public, physicians even of patients, who have been exposed more frequently to the stigmatized psychoactive effects, the benefits are overshadowed. Larger clinical randomized controlled trials are needed. Most literature cites small numbers of patients enrolled in studies or review multiple medical centers where the conditions are not uniform. In addition, some of the patients that would benefit the most are the least in numbers such as those with rare neurological conditions such as Dravet syndrome or Lennox-Gastaut syndrome.

As it still stands, many states still do not recognize the medicinal value of cannabidiol or tetrahydrocannabinol. In some states, medical physicians are not allowed to recommend it and put themselves at risk for FBI questioning in even suggesting its use. It is not uncommon for patients to move states or order from other states or countries to procure this liquid gold. Only time will tell if this is a passing fad and if there are long-standing side effects, however, as of current standing, medical marijuana is here to stay. As far as the literature goes, there are beneficial results but it is a cautionary tale as more studies in large human trials are still needed. As with any new preclinical data, the preclinical status may get ahead of itself and human trials do not replicate the desired results. But from the small human clinical trials in seizures, pain, nausea, anxiety, and loss of appetite, the results are promising while more research is needed for anti-tumor effects in humans.

As with any medication, there will be clear-cut side effects just as with any other medication which is why more studies are needed to determine the least amount with the least amount of side effects. In one study, amounts upwards of 50 mg/kg (2) is used the high amounts likely responsible for side effects, which is far higher than that cautioned by medical marijuana dispensaries. It will take patients time to wrap their heads around taking guidance from a fresh-faced 20-year-old millennial at the spa-like dispensary which is currently the norm, who likely knows much more than even most medical professionals. It seems it will take even longer in Congress to understand the potential benefit of cannabinoids from a medical standpoint especially with the present opioid epidemic. Countries in Europe have far surpassed the United States when it comes to cutting-edge treatments. It will take even longer for the medical community to see the medical potential with their exposure to the sinister side of tetrahydrocannabinol seen in patients in the ER for non-medical reasons, which may be one of the most challenging stumbling blocks. 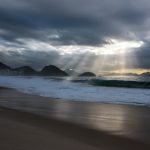 Turning negatives into positives when you're chronically ill 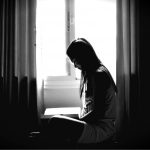