Physicians are overwhelmed by patient loads, 10-minute visits, the wealth of documentation dictated by health insurance requirements and the overwhelming overtaking of medicine by non-physician personnel.

Wellness programs abound, which addresses the symptoms of a problem.

As medicine changed from patient to profit-centered, it marked the beginning of the end. We see articles on physicians fired or coerced into resignation for speaking up about non-physicians overstepping boundaries putting patients at risk. Physicians are “disruptors.” We see non-physicians calling themselves doctors when they are not doctors of medicine managing the most complex cases in the hospital setting. Appointments are reduced to staring at a computer rather than looking at the patient to construct their stories. This is health care.

The bond between physician and patient is sacred. When it’s broken, the system collapses.

Private practices once flourished. Hospitalists assumed the care disrupting continuity which evolved into a team approach. Pressured by time-consuming requirements of insurances, practices are sold to corporations. Patients are computerized files followed by personnel without a medical degree called doctors, practitioners and misleading terms. A campaign champions this, advocating it allows greater access to care — rural places have no physicians. The main thrust line is profit, employing the most economic labor for the most valuable skill set.

Health insurances dominate. Coding requires documented answers to a multitude of questions or physicians are not reimbursed. Physicians fight insurance companies in order to obtain studies, undergoing a peer-to-peer review. Patients who need specialists need a referral, delaying crucial care in oncology cases. Appointments are reduced to 15-minute slots. Physicians pay overhead, malpractice insurance, staff wages and school debt. Patients feel unheard, unnoticed. Physicians are at risk of making errors as they function at high levels overseeing up to 60 patients, including those of personnel.

Organizations for expensive re-credentialing abound. You cannot work in hospitals or be compensated unless you are recertified. Health insurances are misnomers. Premiums run into the hundreds and thousands a month and are not utilized until the deductible is paid. Supply and demand dictate that the higher the necessity, the more someone is willing to pay, it’s sheer unadulterated business genius.

It is 2018, medicine is the consummate business of corruption and profit.

Where did it go wrong?

The pivotal moment occurred as physician assistants and nurse practitioners assumed large swathes of responsibilities, at times beyond their training. They are paid a little less than physicians and trained substantially less than physicians yet work under the same conditions, giving medical advice. This is a boon for hospital administrators. One doctor assumes legal liabilities supervising five nurse practitioners, there is less financial burden. When a physician advocates for quality of care they are dismissed quietly and either terminated or forced to resign. Many do not come forward due to fear of retaliation or retribution. They are gaslighted into thinking they somehow did wrong by whistleblowing on the corruption of medicine.

One doctor takes a stand for patient care

Diana Blum, a neurologist, worked in a medical practice in Palo Alto in 2009. She became a shareholder attending meetings and became cognizant of the business aspects. Reported examples include not referring out of network, not using drug samples and other practices increasing profit. When she commented on negative impact on care, she was reported a “non-team-player,” “disruptor” and using “inappropriate comments.” She was reported to have three options: 1) Resign to avoid negative recommendation letters; 2) Face termination; or, 3) Bring a claim or expose to the media knowing she might never work in that area. She was described as placed on a performance improvement plan despite some of the highest satisfaction ratings. She resigned under coercion. She consulted on one patient with the negative impact from these practices and took a stand. Many relevant facts were not brought to light as the judge reportedly thought it might bias the jury. She won some claims, however, the judge was reported as siding with the other camp with respect to who owes whose legal fees.

The claims she won were the least monetary as many details were suppressed due to reported possible jury bias. There are details Dr. Blum is not at the liberty of declaring since an appeal is ongoing. She reports physicians in the same company with similar pressures but cannot speak due to fear of retaliation and repercussions. This information was shared with her permission.

This marks the crossroads of medicine, signifying a very important turning point in the standard of care.

It sets the precedence of things to come. It is a corporate statement that physicians advocating for patient care invite termination or if one brings claims against administration, the corporate office has an unending supply of legal arsenal to retaliate against that physician. This incident is of utmost importance because it essentially signals the suppression of physicians. If physicians do not take a stand on behalf of patient care, who will? Physicians must be both physician and patient advocates. Nobody cares about physician burnout except physicians. Nobody will care if patients see less of their doctors except physicians and patients.

How can we change health care?

Physicians and patients need to advocate. Patients have a right to see their physician with whom they have the patient-doctor relationship.

Physicians have options including direct primary care, opening your own practice, and cutting insurance companies. Raising awareness should not be discounted. There are physician activists who are fighting through legislation. Physician advocates raise awareness of the exorbitant pricing of medications and kickbacks, officials took note. Physician writers can enlighten. It is because of complacency and burgeoning work causing these current issues. Nobody else will extricate physicians and patients from this predicament.

Medicine is an industry, profiting from physicians and patients, employing the least trained personnel depriving patients of the quality care they deserve. If a physician cannot fight for patient care and is devastated for speaking up, then the rest of us are doomed.

Primum non nocere, first, do no harm. This is our calling.

Are Medicare procedure payments in jeopardy? 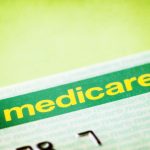 The demise of medicine: A neurologist advocates for patients and is silenced
12 comments