I’ve noticed a frightening trend in the latest research on patients taking prescribed opioids: whatever the negative outcomes, researchers attribute them to the opioid medications instead of the underlying pain.

The many detrimental outcomes these studies find are exactly what you’d expect from a person suffering long-term chronic pain. They don’t recognize or calculate into their studies that opioids were prescribed to ease intractable pain.

It’s like stating that people who take Dilantin (antiepileptic) have seizures. Technically, that’s correct, but it doesn’t address the reason people are using Dilantin in the first place, which is that they have epilepsy. This is the real source of their seizures, not the medication they take to control the seizures.

Yet this is exactly how recent studies evaluate opioid medication. They start by selecting a group of patients taking opioids and compare them to patients who don’t take them or take much less. Even if both groups have pain, they never consider varying levels of pain to be the reason for any disparities they find.

The particular study that made me question this type of design was the following: “Higher Prescription Opioid Dose is Associated With Worse Patient-Reported Pain Outcomes and More Health Care Utilization.” This study found that “A statistically significant trend emerged where the higher prescription opioid dose was associated with moderately sized effects including greater pain intensity, more impairments in functioning and quality of life, poorer self-efficacy for managing pain, greater fear avoidance and more health care utilization.”

This can be rewritten and make more sense as: “Higher Pain Level is Associated With Worse Patient-Reported Pain Outcomes and More Health Care Utilization.” Those who take high doses of opioids generally have more intense or consistent pain than those that don’t, so the comparison is actually between people with serious pain and people with less pain.

Here’s an example to show how such studies mislead.

A theoretical study on the detrimental effects of Dilantin:

An actual study on the detrimental effects of opioid medication:

A patient’s opioid dosage is determined by their pain levels and current drug tolerance, so the dose should be correlated with the pain level for each individual. How can we compare opioid therapy to non-opioid-therapy without accounting for the fact that people are taking high doses of opioids because their pain is severe?

Though opioids ease our pain (from a deafening roar to a hum), they rarely remove it all, so we still suffer from its damaging effects on our bodies and minds. Nowhere mentioned is the fact that opioids are prescribed to treat our pain and its ongoing symptoms, which researchers claim are caused by those very same opioids.

Many studies seem structured to support the currently popular (and funded) anti-opioid campaign. By measuring opioid dosages instead of pain levels, such studies can produce the desired conclusions.

No other health conditions are studied like this, using the amount of medication rather than the severity of the condition as an indicator. It seems an almost deliberate deception to shift the cause of troubling symptoms from the pain itself to the medication we take to ease the pain.

Another example of this type of mistake: In the 1970s, a study came out claiming that oat bran reduced cholesterol levels. What was not taken into account is that people eating oat bran so long ago were also unusually health-conscious and active. That’s what was lowering their cholesterol, not eating oat bran.

Chronic pain negatively impacts our health in so many ways, but studies attribute these detrimental effects to the opioids we take to relieve our pain. So, why are only the supposed consequences of opioid therapy being studied, but not the consequences of the pain itself? It has much to do with numbers.

Our pain is so variable in its location, amount, and character that it can only be vaguely estimated for study. Opioid dosages, on the other hand, can be controlled and measured.

So, much like the drunk looking for his keys under a streetlight instead of where he lost them because that’s where he can see, researchers are designing studies that use opioid doses as though they were independent of pain levels because that’s what can be measured.

In this way, even medical research has been corrupted by anti-opioid bias due to the persistent, though untrue, cultural belief that “opioids are evil”: harmful to health for all people in all circumstances. This myth has been propagated so often for so long that it has come to be regarded as common knowledge. And that makes it the most effective propaganda of all.

Angelika Byczkowski is a patient with Ehlers-Danlos syndrome who blogs at EDS Info. A version of this essay was published in the National Pain Report.

Children surprise their doctors to say thank you 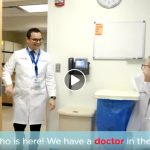 Surprise! Health care can learn a lot from the DMV 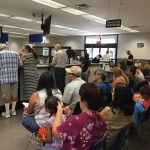 Blame the pain, not the opioids
9 comments