I’ve written a lot about the tough challenges that those of us with chronic illness face (chronic illness includes chronic pain). I thought it would be constructive to take what I tend to think of as negatives and see if I could turn them into positives. Sometimes I had to dig deep to turn a negative into a positive; nevertheless, here are the results of my experiment.

Positive: I don’t look sick! OK, I admit that being told by someone “but you don’t look sick” is something I generally don’t like to hear. And it’s the number one comment that people write to me about, saying it drives them crazy. But I had an experience a few months ago that changed my thinking about it.

Five of people I’d once worked closely with every day asked if I would come to a short brunch in a restaurant that’s close to where I live, so I agreed. Some of them I hadn’t seen for over ten years, some for over fifteen.

It was wonderful to see everyone, but it was also a shock. Several of them didn’t look well. We didn’t discuss health-related issues, so I didn’t know what was going on with them on the health front. I was just hoping they were okay. When we got up to leave, one of them said to me as part of her goodbye, “You don’t look sick.” To my astonishment, for the first time since I became chronically ill, it felt good to hear that.

I share this anecdote to encourage you to try listening to what is said to you with an open mind and new perspective. It may not always make a difference, but you might be in for the same surprise I experienced that day.

Negative: The unpredictability of how I’ll feel on any given day

Positive: It was tough to find the positive here, but I’ll say this: It has made my life more interesting. It’s true that it can lead to disappointment if I had something planned and then wake up feeling particularly sick or in pain. On the other hand, on a morning when I wake up even a bit refreshed, it leads to my looking forward to the day ahead. Before I got sick, I took everything that was enjoyable for granted. Now, it’s a blessing when I can do something that’s nourishing or just plain fun.

Positive: It was also tough to find the positive here. What could possibly be positive about poor sleep? Well, for those of you who, like me, are mostly housebound, the positive is that it’s okay if I didn’t sleep well because I’m going to be home all day anyway! I can do mindless things and then take a nap.

Negative: Having a house that’s messy because I can’t keep it neat.

Negative: Too many doctor appointments

Positive: I still don’t look forward to the many hours I spend at medical facilities, but the fact is, it’s the only reason my breast cancer was detected. It showed up, not on a mammogram, but on a CT-scan I was having because of a different chronic condition. So, I’ve been trying not to react negatively when I see that a doctor’s appointment is coming up soon. Instead, I look upon it as a way to ensure that some new illness or condition doesn’t go undetected.

Negative: Being socially isolated from others

Positive: Now, when I do see those I care about, it’s truly special. Before I became ill, I was on autopilot a lot of the time when I visited with people. Afterward, I couldn’t even tell you what they were wearing. Now, I’m acutely aware of everything about friends when I see them: what they’re wearing (which often leads me often to compliment them, something they always appreciate); whether they have a new haircut (also often worth a compliment); whether they’re feeling well physically or not; whether they seem happy or troubled. As a result, I feel as if I’m a better friend.

Negative: Being stuck in the same small house every single day

Positive: Many chronically ill people have had others tell them that they wish they could stay home all day. I’ve had it said to me at least half a dozen times. The problem is that people who say this aren’t factoring in that, although we’re at home, we’re also in pain or feeling sick. That said, recently, I realized that there were several positives that have come out of being stuck every day in the same house I’ve lived in for over 30 years.

First, I used to complain that the house was too small, but now I love that about it because it means I don’t have to exert much energy to get from the bedroom to the kitchen. It also means that if I yell something out to someone in another room, they can hear me. And it means that if I decide to clean up a room, not only is the room not that big but, when I’m done, I’ve cleaned up a major percentage of the house!

Also, I’ve come to love the backyard (which I’d never appreciated before). No, I don’t have a garden growing, although I put some small lantana plants in the ground a few years ago, and they’re thriving. In truth, I love that my yard is relatively unattended to because being out in it feels more as if I’m out in nature — wild nature.

Related to my yard is that I’ve come to appreciate my bedroom. I used to complain that it was too small — it’s smaller than the “master bedroom” in the house (which my husband uses as a study). When we moved into the house, what’s now our bedroom was a small enclosed porch. We liked how three of its walls faced the outdoors so, using its walls (which is why the room is small), we converted it into our bedroom and had three floor to ceiling windows put in. When the sun comes in through one of the windows, it turns the room into a mini-greenhouse. I love it and, on most days, don’t mind being “stuck” in it.

Those are seven negatives that I’ve managed to turn into positives. If you have some to share, I hope you’ll do so in the comments section below.

It's time to start thinking about cannabinoids 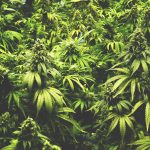 This is the key to financial independence 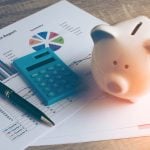