I spent considerable time after college working in academic labs being indoctrinated with the theory that publication is the currency of academic value and that researchers should always want to have their work printed in the journal most cited by other journals. You are supposed to be impressed when somebody claims that he or she is from a highly ranked university or institution, as these well-regarded institutions are synonymous with high achievement.

That all changed for me during residency when I met one of the best radiologists I have ever known. He is a private practitioner, and I told him that he should work for Mallinckrodt based on his abilities. Mallinckrodt is a well-respected radiology institute in the Midwest. His response to me was colorful.

“(Expletive) Mallinckrodt. Mallinckrodt should work for me.” In time, I realized that his viewpoint is the attitude that we all should have. The crux of his viewpoint is that his private practice salary is double or triple that of an academic radiologist, so you can’t call yourself brilliant if you choose to give most of your earnings to a third party which was the case in the region where we were working.

Medical students are taught to believe that research and academic reputation are inherently valuable. College professors advance in rank through research more so than teaching. Most of the scholars who govern medical training want medical schools encourage student research during medical training. This goes back to the 100-year-old philosophy of Abraham Flexner who designed the medical curriculum we still use today. Where I am from, however, the people need clinicians, not researchers.

As a youngster in the Midwest, I thought that if a college had “state” or “A&M” in the title (e.g., Iowa State, Texas A&M, etc.), that meant that the school was located out in the middle of nowhere (due to being granted the land by the government, I would later learn) and was geared toward agriculture, veterinary medicine, and engineering. If it was “University of,” that meant they had a medical and/or law school and was designed to provide a more liberal arts experience. I have since realized after that this naming convention is not universal throughout the country, but it remains true that the blue-collar-oriented land-grant universities are less represented in the prestigious Association of American Universities or the upper tiers of the coveted U.S. News rankings.

The center of an institution’s research reputation correlates to its scientific funding, monies earmarked for science given by the government or a charitable organization. Each institution may take as much as half of its’ faculty members’ grant money for “indirect” costs (the building electricity, etc.). In my experience, a million-dollar government grant (your tax money) paid out over four years may buy little more than a few thousand dollars in laboratory equipment and the salary of an underpaid technician. I once worked for a professor who used money from a cancer charity to fund other projects in his laboratory while never coming close to doing anything intended to benefit a real patient. The mantra is that all research is valuable and that every discovery may lead to another, etc., but how much do charitable donors or taxpayers know about the eventual use of their supposed “research” donations?

A benefit of practicing academic medicine is that clinical productivity (e.g., seeing patients) drives compensation more than grant-writing at many institutions. Even when I do publish an article, it is because I have an idea that I hope will change someone’s outlook or affect patients in a positive way, not because it pleases my superiors. A lot is made of something called a journal’s “impact factor,” an archaic quantitative measure of how often articles are cited. We have the internet now. Either you can access an article on the web or you can’t. It’s really that simple. Journal worship is no longer necessary.

Another commonly-used metric of academic reputation is the authorship of book chapters, another laughable metric. What I have come to learn is that books are basically opinions and reviews of the work of others, and you no longer need a publisher. The most frequently purchased book by radiology trainees right now is a hilarious review series for the board exam written by a rogue radiologist who calls himself Prometheus Lionhart and publishes the volumes using an independent press.

Academic meetings, for doctors, are another interesting experience. In many specialties of medicine, these amount to little more than tax-sheltered resort vacations used to fulfill continuing education requirements mandated by our licensing/credentialing agencies and boards. While I have learned from attending them and occasionally serve as a speaker, we all know that the content could be delivered over the Internet more efficiently and in a more cost-efficient manner. It’s just another example of privilege masked as academic value.

The push to emphasize research in medical school has become a religion that institutions use to bolster their reputations. We need to let our academic physicians recover more of their clinical revenue so that medical schools can recruit better teachers of the next generation of practitioners. 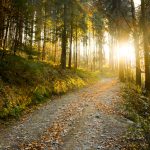 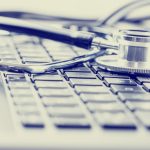