Pseudoscience hate groups of all kinds are targeting physicians who openly advocate for public health issues. This is a favorite intimidation tactic used by anti-vaccine activists: When pediatrician colleague Jen Trachtenberg posted a video for National Immunization Awareness Month 2018, she was blasted with thousands of horrible comments and fake online reviews. I wrote a blog post in her defense, and immediately, I was similarly targeted, with over 100 one-star ratings suddenly appearing on multiple doctor ratings websites. It took months of filing reports, sending emails and making phone calls for the fake negative reviews to be examined and removed. Scores of physicians have been attacked like this, a problem that is recently being covered by major news outlets like Newsweek and the LA Times.

It’s not just anti=vaxxers, either. Maine family medicine physician Cathleen Greenberg London posted a compassionate NYT opinion piece about female dyspareunia and was viciously attacked on social media by anti-circumcision activists (“Intactivists”). They even filed a board complaint against her that incredulously is moving forward, infringing on First Amendment rights. Dr. London, who was a verified Twitter user with over 21,000 followers, was forced to shut down her account as a result.

Florida pediatrician Free N. Hess alerted parents to adult content spliced into YouTube Kids videos, exposing this dangerous issue. She was subsequently swarmed by anti-censorship anarchists, who even posted death threats against her and her family. She appealed to the local police and worked with security at her hospital and her daughter’s school to create a safety plan. She hired a lawyer and then spent days removing horrific messages from her professional social media platforms, email, and website.

And it goes on. Basically, any evidence-based public health measure you can think of has a physician advocate who has been targeted. These coordinated online campaigns can include swamping practice websites and social media feed with harmful commentary, and inundating doctor rating websites with fake negative reviews.

Rockstar physician activist and public health advocate Zubin Damania (perhaps better known as ZDoggMD), has again and again stepped up and spoken out against these attacks, mobilizing his formidable following of over a million fans in support of science.

I chatted with him about all of this recently, because I was curious: What Would ZDogg Do?

Me: ZDogg, have you seen this increase in online attacks on docs?

ZDoggMD: Yes. I get targeted all the time.

Me: What groups have gone after you?

ZDoggMD: Antivaxxers and certain patient groups who get offended if I don’t do their pet cause justice have all sent me death threats [chuckling]. When you have the internet, apparently all opinions are equal, which is ridiculous.

Me: What did you do about it?

ZDoggMD: I think there are phases to individual physician responses to this sort of harassment because I went through them. Phase I is fear and regret, oh my god my career is over, people hate me. Phase II: Wait, how could this happen? It’s not fair that I’m penalized for doing what’s right; this is straight bullying. Phase III: F*CK these people, I’m going to wear this as a badge of honor and speak my mind loudly, and I’m in the company of others who’ve been doing this a long time at great personal cost but have come out the other side stronger, more successful, and able to sleep at night due to a clear conscience.

Me: Though the issue is finally being covered in the news, as far as practical assistance when mobs target a doctor’s professional reputation, docs have been on their own. Negative online reviews can be especially damaging. What do you think, should doctor rating websites be held more accountable?

ZDoggMD: I think physician rating sites are bullsh*t. I personally think we should be able to shame and humiliate the ratings companies into policing better. I’ve grown a big enough platform and voice that these attacks only create more cohesion in my group, rather than weaken us … Much harder for full-time practicing physicians to do this.

ZDoggMD: Maybe growing the power of collaborative social media groups like you mention, to do the heavy lifting, is the answer.

Me: Besides groups like these, what else can we do to encourage highly educated physicians to get out there on social media and help combat pseudoscience, especially if they’re worried about risking their online ratings?

ZDoggMD: This is a tough question.

We can grow our personal brand online in a way that transcends them via SEO, web, and social presence that patients can see and can help them decide what type of doc you really are.

True to form, ZDogg shared my anti-vaxxer attack experience on a Facebook Live spot titled “We Don’t Negotiate with Terrorists” that’s now been viewed almost 400,000 times. I wrote my own post on cyberbullying of physicians that’s been viewed and commented on more than anything I’ve ever written. Several hundred colleagues have already joined the brand-new collaboration groups mentioned above. And more physicians, spurred on by realities like mass shootings and measles outbreaks, are getting on social media to stand up for public health.

We can (and will) overshadow and eclipse the pseudoscience cyberbullying by calling attention to it, organizing ourselves, and getting out there on social media en mass. There’s no need to name or personally attack our harassers. Telling the truth is enough. But we have to speak up. 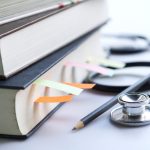 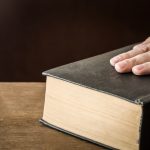