The invitation was unexpected. Although I would attend the conference as a relatively new member of the community, I knew I was making inroads, so I accepted without hesitation. The prospect of meeting well-established players in the field at dinner with the planning committee was exciting. And, I was equally looking forward to spending more time with a fellow newbie who had already been tapped as a rising star the year before. As part of the committee and the only female in the bunch, she’d recognized my name from the ether of online postings and educational columns, and we’d spent the last three days of the conference sharing notes and exchanging ideas.

That night, we found ourselves on the same side of the table as another physician adviser we’d met the day before who was even more green than I was. He had worked in the position for about six months and graduated residency just a few years before. Our counterparts were not only veterans in clinical medicine with well-established practices and administrative appointments at large medical centers across the country, they also represented physicians who’d witnessed and participated in the origins of our field — mentors in every sense of the word.

Interestingly enough, the tedious rules and regulations from the Centers for Medicare & Medicaid Services (CMS) are often studied and put into understandable terms by folks with incredible wit and humor. The six of us pondered the latest challenges, the old guard reminisced about the early days, and I felt happy to have found my way into this new clan of professionals. A number of hours and too many dessert options later, we all stood up and prepared to disband. The woman I’d met a few days before asked if we could take a moment for a photo, and I obliged. Holding out her phone, she asked the man who’d been sitting across from us if he would snap the shot, and he agreed.

Standing side-by-side with the waterfront behind us and smiles on our faces, he took three photos in succession and then lowered the camera to offer a piece of stylistic direction.
“OK, now, stand up straight! Nice and straight so the girls are really out there,” he directed while supporting an imaginary breast on his chest with his left hand. Wow, I said in my head.
“Wow!” I said aloud. “Do you seriously think making a comment like that is OK?” My photo-mate and the young male physician we’d dined with looked at the man in disbelief. Unsurprisingly, this was countered with an attempt at light-hearted banter. You know the drill — you’ve either had it directed toward you, witnessed it, or uttered it.

Walking out of the restaurant I put my arm around his shoulders and squeezed. “Hey, do me a favor. Since no one seems to have informed you, from this point on, know it’s never, EVER acceptable to make a comment like that. You should know it’s pretty pathetic that I even need to say this.” Why did I suddenly feel like this guy’s mom when I was at least 20 years younger?

Opening the door to the hotel room, I found my husband and two beings whom I actually am mom to. I relayed the interaction through gritted teeth. My middle school-aged son pulled his attention away from a sporting event on TV long enough to chuckle, “What an idiot.” My daughter in the same grade stood up on the bed and exclaimed, “How dare he!” with feigned indignation. Smiling, she recommended, “Mom, you should totally have him fired,” still confident in her childhood reality that somehow, I am in charge of everyone I interact with professionally.

Indeed, the following day I found the conference organizer who’d invited me to the dinner and relayed to her the scene. Unsure of what the response would be, I was pleased with the outcome.

“I am so sorry, that is completely unacceptable. What would you like me to do?” When I asked never to see him listed as a speaker or organizer for future association events, the retort was just as crisp, “Absolutely.”

I shouldn’t be writing this kind of piece anymore, just as you shouldn’t be reading it. The lament of, “I can’t believe this still happens,” leads nowhere. I choose to find solace and amusement in my kids’ reactions, along with a good dose of hope. From the matter-of-fact incredulity that any adult would actually say such a thing in real-life to the no-nonsense belief that of course something can be done to counteract it, they were both right.

What an idiot, indeed. And, I absolutely will stand up straight to call it out if I see him on a speaking docket again.

Rising premiums, high deductibles, and gaps in coverage before the ACA 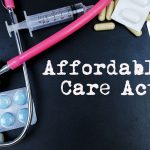 Get up on your bed and stand up straight
41 comments