One year after the White House instated an executive order focusing on health equity and support for underserved communities, changes are in progress. But even with the positive news that the Omicron surge has peaked with the seven-day case average dropping, gaping holes in health disparities are still unanswered.

Some hospitals and health care systems such as CoxHealth have hired diversity, equity, and inclusion directors. Others have publicly renewed their commitment to health equity through updated mission and vision statements, increased clinical training on racial disparities in health care, and professional development training.

As professional nurses in a major hospital system in Chicago, we acknowledge that these efforts are much needed, long overdue, and commendable. But too often, these efforts are just window dressing without concurrent significant financial investment and a commitment to remove financial barriers to people seeking care.

As nurse practitioners working with some of the most affected groups, people historically underserved by the health care system and people experiencing homelessness, we see preventable disparities play out every day. The results for patients are damaging at best and catastrophic at worst.

A major step would be for administrators in the health care system need to modify their insurance and third-party systems.

Health care providers are motivated to negotiate the most favorable reimbursement rates from these third-party vendors to support their bottom lines. Medicaid programs often reimburse at the lowest rates, thus making them less attractive to health care systems for third-party contracts.

But this is exactly what makes the third-party payor system inequitable.

The people who are historically underserved by the health care system are most often low-income, marginalized, often receive Medicaid or are uninsured. In 2021, 40% of Illinois Medicaid recipients in Illinois were children, 7% were people with disabilities, 8% were older adults, 46% were adults not represented in the other categories.

According to the Kaiser Family Foundation, 18% of Illinoisians received Medicaid, and 7% were uninsured in 2019. The majority of non-elderly Medicaid recipients during 2019 were Black and Hispanic.

Yet, because of limited Medicaid acceptance from health care providers, this means they also have the fewest options for care when they need it most. An Avalere Health study concluded that approximately 72% of Affordable Care Act plans have a narrow network of health care providers and hospitals from which to choose.

Having a well-funded private system and an under-funded public system creates discrimination in health care, according to a recent Catalyst study.

Even with the Affordable Care Act and state Medicaid expansion in place, many who rely on Medicaid and Medicare still face logistical barriers to accessing care. Someone can be assigned a provider that is completely inaccessible to them.

Patients without a mailing address are often unaware of updates affecting their in-network health care provider or pharmacy. Most Medicaid Managed Care plans direct the person to a website, but that requires a computer and a stable internet connection, something not everyone has access to. Phoning customer service to change providers or address these issues is challenging as many don’t have their own phones.

Difficulties also arise with private pharmacies, such as Walgreens and CVS, that contract with third-party vendors. Most Medicaid users do not have access to pharmacies within walking distance, and chances are if they do, they won’t be able to get their prescriptions filled there.

In Chicago, for example, many people using Medicaid are only able to pick up prescriptions at CVS pharmacies, that has 70 locations across Chicago, compared to Walgreens’ 110 locations.

The vast majority of CVS locations are in the Loop area, with few on the South and West sides, where many Medicaid users live. More Walgreens pharmacies are in low-income areas where Medicaid users are more likely to live.

Even if someone using Medicaid is able to access a provider quickly, it can be difficult to obtain their life-saving medications due to lack of access to transportation and co-pay amounts. If they have not received or lost their insurance card, there is no database for the pharmacy to access the Medicaid Managed Care identification number.

Working throughout the COVID-19 pandemic, we have established and managed a medical respite for people who are unstably housed and COVID-19 positive. While completing isolation, the care team addresses their chronic health problems by connecting people to primary care, ordering labs and imaging, and making referrals to specialty care post-isolation.

Yet there are consistent challenges.

Recently, a 63-year-old male arrived at the COVID-19 respite center with a life-threatening heart condition that was diagnosed weeks prior at a Chicago hospital. He needed a cardiologist and pulmonologist to evaluate and care for him long-term.

He was sent to a hospital for evaluation due to a dramatic change in symptoms and was seen at an emergency room. He returned to the center with a list of specialty offices to call for appointments.

The clinical team started calling that next day so he could begin with a new health care team, but his Medicaid Managed Care plan was not accepted at this local hospital. The hospital advised calling the phone number on his Medicaid card for help. It took the team almost two days to connect with a Medicaid plan representative to switch his assigned primary care provider. Then he waited another four days for his appointments.

Some patients don’t have phones, permanent addresses or email addresses that are required to confirm most medical appointments. The health care system disregards people who struggle with these presumed amenities. And worse, most people don’t have access to trained health care professionals to help them navigate the system in real-time.

This inequity impacts everyone because with so many roadblocks to care and treatment, health suffers, and health care costs skyrocket.

Research shows that as of 2020, 63% of Americans support a single-payer system. The path to universal health care is fraught with political barriers and self-serving economic interests, but it is the best solution for all.

Until universal health care is realized, and health care systems follow through on their health equity missions, policymakers and administrators must build the financial model and business case to accept all Medicaid plans.

This is the only way to truly open health care doors to all.

9 medical student tips to prepare for the Match 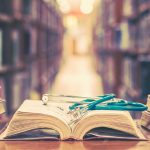 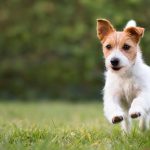