The most profound health care legislation enacted since the Affordable Care Act, The Medicare Access and CHIP Reauthorization Act of 2015 (MACRA), is a huge mistake. It adds another vast layer of bureaucracy to a health care system already overburdened by such things, and penalizes physicians who take care of the most complicated patients. The head of the Centers for Medicare and Medicaid Services (CMS), who administer the program, admits it is a mistake. And the Medicare Payment Advisory Commission (MedPAC), a federal agency whose role it is to advise Congress on the administration of Medicare, has officially recommended ending the program. And yet, MACRA persists. Doctors must take a stand and force the government to cancel MACRA.

The accepted narrative explaining America’s high-cost, low-quality health care pins the blame on the traditional fee-for-service payment system, which rewards volume, but has no emphasis on value. The solution, just about everyone says, is to tie payments instead to measures of value, an approach known as “value-based payment.”

Doesn’t that sound reasonable? Far be it for me to disagree with the “experts,” but this entire explanation is a myth — a distorted and inaccurate view of what is really going on.

As far as the high cost of American medicine is concerned, the cause is not high volume, but high price. A study published in JAMA found that health care spending in the United States increased by about $933.5 billion between 1996 and 2013. More than half of this surge was a result of generally higher prices for health care services.

As far as health care quality is concerned, the real explanation for the poor quality of health care in the U.S. is that no one has time to focus on such things. Doctors are driven to extreme distraction, and spend a major portion of their time focusing on things like getting paid in the incredibly confusing and convoluted U.S. health care coding and billing system; by unusable government-mandated electronic health records (EHR) systems that slow them down dramatically; and more and more, by having to collect and report government-mandated quality metrics.

But even if you believed the myth of the fee-for-service narrative, MACRA is not the answer.

But in the dysfunctional American health care system, patients often don’t have access to the care they need. Every day, my patients tell me they cannot afford their medications. My diabetic patients can’t get glucose testing supplies or insulin. But also, health outcomes are hugely dependent on patient behavior. How can I be held responsible for “value” when I have only a limited ability to control it, and practice in a system that ties my hands in such a manner?

Furthermore, studies confirm that patients of lower socioeconomic status produce worse results on such measures of clinical quality. So, physicians who care for some of the most challenging patients will be penalized.

The second category, advancing care information, replaces the government’s terrible EHR program, meaningful use, penalizing doctors who don’t use EHRs, or don’t use them according to government standards.

What the government fails to acknowledge is that most EHRs are unusable. They slow physicians down and distract them. They are an impediment to clinical quality, and make data collection cumbersome. They disrupt the connection between doctor and patient. There is no proven “value” in using such systems.

The third category, cost, makes no sense at all in the present environment. Doctors have little control over what tests or treatments cost, and limited ability to control where patients receive care. Some hospitals charge a great deal more than others. But also, the costs of care are rarely known. How can I control costs under such circumstances?

And what if I just so happen to take care of a large number of sick patients? The incentive is to withhold care no matter what patients need!

So MACRA is not the answer. And yet, even when the CMS administrator admits this, and CMS’s own advisory board recommends cancellation, MACRA continues unabated.

Before our profession and patient care are hurt further by another bad government program, doctors must take matters into their own hands. En masse, we must refuse to participate in 2018 MACRA. If we announce a boycott, and significant numbers of physicians express their intent to take part, CMS and Congress will almost surely do the right thing, and cancel this terrible program before it does any further harm.

There cannot be value until patients have affordable access to the care they need. There cannot be value until doctors can get patients the care they need without having to jump through massive hoops; until there are EHRs that actually deliver on their promise; until we have transparency regarding the monetary “value” of our patients’ care; until the layers of useless, excessive, wasteful rules and administrative hassles are swept away. Then, and only then, can we begin to work on value.

At-home genetic testing might revolutionize medicine. And not in the way you think. 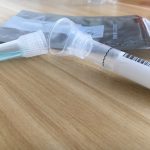 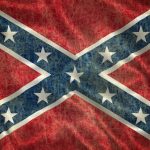