My smile freezes on my face as my patient says to me, “I’m so glad you’re back – that I get to see Mrs. Lycette today!”

He has been my patient for several years, and I am perplexed to hear him address me as “Mrs.” rather than “Doctor.” At the same time, I really do not think he means an intentional insult, so I keep my face neutral and continue with the visit, without saying anything to correct him. But it sticks in my mind. It is not the first time one of my patients has referred to me as “Mrs.”

I know my patients know that I am their doctor. They allow me to treat them — for cancer. But some of them are apparently unsure of, or perhaps incapable of, addressing a female physician as “Doctor.”

Not long ago, a very polite older man that I had been treating for over a year said to me at the end of the visit, in a hesitant voice, “What do I call you — I’ve been wondering?”

I replied that he could call me “Dr. Lycette,” “Dr. Jennifer” or simply “Doc.” He seemed relieved to have the choices and know what was appropriate. I appreciated that he asked the question, but I wondered as to why he was unsure what to call me, after one year as my patient, as I highly doubted he would have been unsure what to call his male physician — “Doctor.”

As with the first patient, I do not think the insult was intentional, but regardless of intent, an insult is felt.

To attempt to explain why, let me first review a short history of the “Mrs.” title.

“Mrs.” referred to a married woman, and “Miss” referred to an unmarried woman. In the 20th century, the term “Ms.” was first proposed as a tactful way to refer to a woman without inadvertently breaching etiquette if her marital status was not known. It only later became associated with the feminist movement and gained traction in the early 1970s to disassociate a woman’s title from her marital status. (The New York Times did not officially recognize Ms. as a title until 1986.)

To address a female physician as “Mrs.,” even if she is married, is to imply that despite all her professional accomplishments, her worth is reduced to her marital status. It ignores all the hard work that went into earning the title of “Doctor,” and denotes, whether intentional or not, that a female physician is somehow less deserving of the title than a male physician.

In a study published in the Journal of Women’s Health, the authors — some of whom had personally experienced having their professional title omitted repeatedly when introduced as speakers — conducted a study to compare gender differences in introductions at medical grand rounds.

The reinforcement of gender hierarchy that occurs by not acknowledging the professional title of female speakers further reinforces the social norm that men are of higher status than women … Word choice and selective use of forms of address may reflect conscious or unconscious assumptions about gender roles.

This study has, in the past few months, been reported on by multiple media publications and blogs, including The Standard-Examiner, Newsweek, The Huffington Post, NPR, GenderAvenger, and KevinMD.

In a comment from The Standard-Examiner article for the Washington Post, Kim Templeton, a professor of orthopedic surgery at the University of Kansas in Kansas City, said she cringed every time she heard female doctors introduced by their first names and had experienced it plenty of times herself.

“Women don’t tend to be thought of as leaders. They’re thought of as worker bees and the people who work well together,” said Templeton, immediate past president of the American Medical Women’s Association. “Talking to us is no different than talking to their wives or daughters at home.”

“They just assume, somehow, that they don’t warrant the same respect as the men do,” she said.

The following are two instances I have personally experienced:

1. I wrote in an earlier post about being cropped out of a press photo when I was the only woman at the table.

2. Earlier this year when I did a live radio interview, my husband (a non-physician) told me immediately afterward that he was offended on my behalf that the (male) host did not refer to me as “Doctor” during the entire interview. (I hadn’t noticed as I was too busy worrying about being on live radio.) I didn’t think much more about it until later that day when my brother (also a non-physician) texted me in sibling solidarity outrage — “he never once addressed you as Doctor, what is up with that?”

So I checked the website for the radio station. I was identified for the segment as the medical director, which is correct, but not as a physician or doctor, and there were no M.D. initials after my name. I couldn’t help but wonder if the host was, in fact, aware that I was a physician or not.

However, I am chagrined to admit I have made the same mistake.

Several years ago a woman was introduced to me at a social event as a director of a department, without using her title, and I made an assumption that she was a non-physician administrator. I later felt incredibly foolish when I realized in another context that she was a physician. But the misunderstanding could have been easily avoided if she had been introduced to me as “Doctor” so-and-so, but our introducer had left out her title.

I struggle with my title outside of the workplace as well. Most male physicians in our society are referred to as “Doctor” in all aspects of their lives. Why shouldn’t female physicians be as well?

Recently, while participating in a career fair for grade-schoolers, a fourth-grade girl addressed me as “Mrs.” The boy next to her then called me by my first name with no title at all. I wondered why children in our society, in 2017, would not think to address the female doctor standing in front of them as “Doctor,” and whether the boy would have addressed a male physician in front of him in a school setting by his first name (“Hey Joe!” for example).

However, upon pondering this, I realized it could be at least partially my own fault. When I have spent time volunteering in my children’s school classrooms, the teachers at times have referred to me in front of the class as “Mrs.”, and I have not corrected them. I worried to do so would come across as arrogant, and I told myself that it was not so important – since in the classroom my role is that of a parent volunteer, not a doctor.

But when the young girl called me “Mrs.” at the career fair, it made me realize that we still owe more to the next generation. If we do not point out to others, as Dr. Files et al have done in their study and publication laudably, that the omission of a woman’s professional title, even when inadvertent, has real consequences for that woman, and greater society, then we are silently aiding the misconception in our society that female physicians do not need to be, or care to be, addressed as “Doctor.”

When in actuality – we really do.

He was fine when I discharged him, now he might die 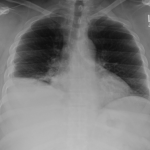 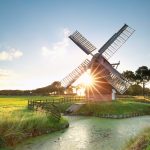