You graduate from medical school and get your MD degree. At first, when someone calls you “doctor,” you look around and wonder who they’re talking to, but after years of hard work and sleepless nights, you realize you really are a card-carrying “doctor.”

If you’re a woman, however, you start to realize that a lot fewer people call you “doctor” than your male colleagues. At first, it’s subtle. And you shrug it off. Then you wonder if you’re just being hypersensitive, or imagining things, or worse, somehow inadvertently sending off some “informal” vibe that signals you “prefer” that colleagues and patients call you by your first name. But when you get together with other women physicians you realize it’s not just you. Every female doctor has had the experience of being called by her first name from the podium, in the exam room and in groups, while the men were called “doctor.”

Dr. Julia Files, physician and researcher inspired and activated our team to prove we weren’t crazy. Here’s the story of the proverbial straw that broke Julia’s back.

A sinking feeling overtook me as I realized what had just happened.  I was an invited speaker at an event where I shared the program with three male physicians each of us speaking on topics in our areas of expertise. The moderator (male) ended the program by thanking “Drs. X, Y, Z, and Julia.” Wow! This wasn’t the first time I’d been inappropriately addressed by my first name in a professional setting, but it was certainly the most public and glaring incident. Had he intended to strip me of my professional title? Did anyone else notice? Does this happen to other women, or is it just me? Instead of being appropriately proud of my contribution to the program I was stuck trying to process why this happened to me (again).

Then just two weeks later, it happened to my friend, colleague, and co-investigator, Dr. Anita Mayer.  Dr. Mayer was speaking at a program, and I was a member of the audience.  As if on cue, the male moderator ended with a thank you to the speakers, “Drs. X, Y, Z, and Anita”!  This time my “wow” propelled me to action.

So Dr. Files assembled and led our team to study this phenomenon in a scientific manner. An informal poll confirmed that every female physician we asked, regardless of practice type, specialty or geographic location had experienced this. Worse, on the few occasions women had spoken up, they were treated as petty, oversensitive, or worse, mocked. We searched; there wasn’t anything published in the literature that validated our experience. We even looked at business, law, science and other fields. Nothing.

So we set up our own study to compare gender differences in introductions. The venue was medical grand rounds, which at most medical centers is the formal weekly educational session for faculty and learners. The majority of participants in both the role of speaker and audience member are peers holding MD, PhD, or MD/ PhD degrees. At medical grand rounds one expects formality in speaker introductions and as a result, there really shouldn’t be gender differences.

Analysis of data from 6 months of videotaped introductions, left us gratified, validated and saddened at the same time.  We confirmed that whether doctors are introduced as “doctor” depends on the gender of who introduces them. Women introducing any grand rounds speaker used “doctor” virtually all the time (96 percent) regardless of the speaker’s gender. Men, on the other hand, were less “formal” overall; across all speaker introductions by men, only 2/3 ever included “doctor.”

Our real validation came when we looked at the gender of the speaker being introduced. Among introducers, there was a distinct gender difference in their use of titles; male speakers were introduced by men as “doctor” 72 percent of the time, but less than half of the women were introduced as “doctor” This is both statistically and socially significant.

Our research team did a little happy dance and quickly wrote up our results. Our enthusiasm was tempered when two journals rejected the manuscript, in part because the reviewers didn’t really think the results were “a thing.” But now that our work’s been published, the response from other doctors and professional women across many fields has been gratifying and corroborated our collective encounters with this particular type of gender inequality.

Failure to acknowledge a woman’s hard earned professional title while men are awarded theirs, even when unintentional, has profound implications and reinforces the perception of women having lower status. This deprofessionalizing serves to activate stereotype threat and internalized sexism, at a time when a woman needs to be at peak performance, whether she’s speaking, teaching, or caring for patients. Since learners and patients witness this, it’s a very powerful lesson to them as well.

We hope to see meaningful change as a result of our study. There’s no reason to believe that this behavior is intentional, or even noticed by men. One senior male physician, reflecting on our publication told me that while he believed the findings, he didn’t think they were that widespread or bothersome to most women — until he recalled that his physician daughter had recently expressed her displeasure at being introduced by her first name as her hospital’s newly appointed chief medical officer. He then sent her a copy of our paper!

Our goal is to support and lift up other women who share our journey, and these data help us spur change. If we must, we’ll do it one introduction at a time.

Sharonne N. Hayes, Anita P. Mayer, and Julia A. Files are physicians.  Dr. Hayes can be reached on Twitter @sharonnehayes.  A version of this article appeared in GenderAvenger. 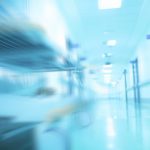 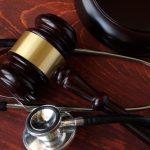 The physicians who are not called “doctor”
37 comments