As an American internist and expatriate in the Netherlands, I still follow the unfolding U.S. health care drama. Critics of the Better Care Reconciliation Act (BCRA) are numerous, including doctors, patients, policy experts, and the former top U.S. health administrator — even President Barack Obama. The Dutch and other developed nations must be wondering (again), “Why can’t America pull it together and provide everyone access to basic health care?”

Some of the debates seem like old news. While 2010 marked the beginning of reform that made tangible progress implementing some features already existing in other countries, BCRA appears to be un-learning principles that found a progressive and free nation. Non-evidence-based policy-making reigns, and there also appears to be a heavy individualist, capitalist hand behind BCRA. Such a mindset alone is not problematic, but when applied in a way that increases human suffering, preventable illness or death and decreases the population’s overall well-being, then the government seems to be failing its people.

So, perhaps current U.S. policymakers could learn a thing from the more social-oriented Dutch mindset, embracing the necessity of taking care of ALL of its people. I’ll concede no health care system is perfect, but there are positive features of many, frequently founded on the easy-to-say-but-hard-to-do philosophy that access to health care is a human right, not a privilege. After all, the health of our communities and neighbors define our families’ living and working environments, so shouldn’t it be in the interest of all to be healthy and happy?

So let’s see how American and Dutch coverage compare:

1. Mandatory health insurance. In insurance, individual purchasers buy into a shared risk pool, whether for your car, health, pet or even personal liability (this one being a unique Dutch insurance market). The objective: you pay into the pool when you are well, and then receive contracted services when the unexpected happens. Then, if it’s needed, you’re protected (insured) against potentially high health care expenses. Strangely, the BCRA regresses, moving from individual mandate to mandatory six-month non-insurance penalty when insurance lapses for too long.

The Dutch government says this about their own version of an individual mandate: “The health insurance system in the Netherlands is based on the principle of social solidarity. Together, we all pay the overall cost of health care. Everyone contributes, for example, to the cost of maternity care and geriatric care.” It doesn’t get much simpler or clearer.

2. Basic health services.Preventive health services (e.g., cancer screenings) are basic services for both Americans and the Dutch, as are emergency care, hospital stays, medically indicated surgeries, medication prescriptions, and labs. Interestingly, the Affordable Care Act covers routine vaccines and birth control, but only Dutch supplemental insurance covers these. Both countries offer adult dental and vision supplementary insurance. But the Dutch might have it better, as fertility treatment, disability, elder care and some therapy services are also basic services; fertility treatment is expensive and uncovered in the U.S., and the other elements depend on various factors; U.S. free markets for health insurance means also astounding complexity. To note, premiums for basic services is comparable in each country (about $112/month). The Dutch have been doing this for slightly longer, since the Zorgverzekeringswet of early 2006. Sadly, if BCRA passes, basic services would sunset by December 2019. In the Netherlands, basic services will actually expand in January 2018.

3. Pre-existing conditions. If you know you have a pre-existing chronic condition, then you can still access affordable health care without penalty in the U.S. and in the Netherlands. If BCRA passes, this will tragically undo this previous success in American health care. Dutch health insurance is prohibited from such behavior. “Everyone has a right to essential medical care, even if their condition is caused by an unhealthy or reckless lifestyle.” Meaning? Human (health) rights are not optional.

4. Maternity and reproductive care. For now, the U.S. and the Netherlands are fairly, although not precisely, similar here. I don’t have children myself, but as a female physician who has seen female patients in difficult situations, it’s inexcusable to marginalize such a large part of the population. As is, without BCRA, maternity health is diminishing: millennial women face a higher maternal mortality rate of 19.2 per 100,000 compared to 7.5 for baby boomers. For Dutch moms, that number has dropped from 12 per 100,000 to seven, between 1990 and 2015. Plus, U.S. childbirth costs are high and vary widely.

I also believe that the American perspective on pregnancy, maternity care and childbirth differs from the Dutch paradigm. The Dutch are more holistic and home-oriented, or at least non-hospital-oriented, and don’t treat pregnant women as disabled. This is not to say that there is a right way to bear or birth a child, but it’s admirable that there is more systemic support when it comes to Dutch perinatal care. Finally, it’s not possible to mention women’s health without also mentioning Planned Parenthood, which cares for nearly 2.5 million people. That’s the same as the populations of Amsterdam, the Hague and Rotterdam combined!

5. Where’s the social good? De-insuring about 22 million Americans, reducing women’s health coverage, increasing insurance costs for older and sicker Americans, and giving money “saved” as tax cuts to the wealthy stunts the advancement of a civilization. Adding insult to injury, BCRA was crafted secretively by an all-male committee, stripping stakeholders of the ability to weigh in (ahem, women). For a country known for freedom, liberty and democracy to behave so opaquely is disappointing in the least.

So, Dutch health care perhaps is far from perfect. But as a healthy young resident of the Netherlands, I value paying into the system because I realize I’ll need health care someday. In the meantime, I’ll be glad my friends, colleagues and future patients can maintain their own valuable health and lives.

If you’re an American expat, you can still make your voice heard.

Tiffany I. Leung is an internal medicine physician.  This article was originally published on June 27, 2017 in Dutch Review. 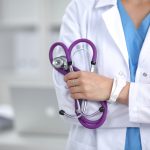 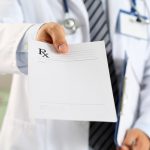 What can the U.S. learn from Dutch health care?
30 comments