Sometimes it feels like the great unspoken secret between doctors and nurses. The words that we dare not utter to patients and families. Perhaps it is our hope that we’re wrong. Perhaps, we dread providing unwanted news. Perhaps, we don’t want to face reality or extinguish our patients’ hope.

As a daughter, I felt that sense of sadness and dread, waiting to hear the news that would not be told. It was September of 1989, I was only 20 years old and just beginning my first year of medical school. It was less than a week from my first medical school examination, when my mother developed intractable nausea and vomiting. After several days of suffering at home, my mother finally decided it was time to go to the hospital that Wednesday evening.

I became angry with her that evening. I told her that it wasn’t time for goodbyes; she would only spend a couple of days in the hospital, and she’d be better, and she’d come home, but she knew. She knew it would be her last true goodbye.

Initially, with intravenous fluids and anti-emetics, she improved. Then during one of my visits with her, she pulled out her IV and tried to rush into the hallway. I called out to the staff to assist me. When she got back into bed, she looked at me wide-eyed. At that moment, she did not know who I was. By that fifth day at the greatest Boston hospital, she had become acutely confused. I had yet to know her diagnosis, but at that moment, I knew that she was dying. I told my six younger siblings what was happening. They were tearful, each one of them, except my youngest brother. At nine years of age, he stood there stunned, showing no emotion.

A few days later, we were given the diagnosis, carcinomatous meningitis. That evening, I sat with my medical books and read. With or without intrathecal chemotherapy, the prognosis was no more than six months. I told my dad that things didn’t look good. I didn’t want to put my mother through more treatments. In the preceding two years, she had already undergone multiple rounds of chemotherapy, which left her tired, and radiation, that had burnt her skin. The Ommaya shunt was placed, and she began intrathecal methotrexate.

After a few weeks, there were social workers, and then she was discharged home, with hospice. She lay in a hospital bed in my sister’s bedroom. Then, there was a seizure. The ambulance was called, and she was taken back to Boston.

There was no more chemotherapy and her oncologist no longer rounded on her at the hospital.

Each Sunday, after church, I’d drive my siblings and sometimes a priest to the hospital to visit her. We’d make the treacherous drive from the Natick church to Boston. I was so emotional, unable to focus, and beyond that, nervous having a priest sitting next to me. He’d grip the handle above the passenger side door as I drove the city streets. I’d slam on the brakes, and he’d make the sign of the cross. I’m sure he feared each ride would be his last.

I dreaded walking the long hallway to Baker 5. By this time, my mother had become increasingly lethargic. She was no longer arousable. She was no longer my mother; her failing body was still there, but she was already gone. My visits became less frequent. I could not bear to see her that way.

Then, one December Sunday morning, as my dad sat by her side, an unsuspecting phlebotomist came to draw her daily labs. My father yelled at him. “What’s the point, can’t you see she’s dying?” Soon thereafter, a doctor appeared; intravenous fluids were stopped, and lab draws discontinued.

Late the following night, we received the call at home. As I picked up the extension, I heard the news. “Mr. Youssef, I’m sorry to tell you that Angel passed away this evening.”  I accompanied my father on that very last drive to Boston.

I saw my mother for the very last time. Her face and eyelids were swollen, her skin was gray and her body emaciated.

It was nearly 12 weeks from her last goodbye to us at the dining room table.

I wondered, did it need to be this way? Was there a better way? I was a mere few weeks into medical school, and there was no Google, but it was clear to me that she was dying. Perhaps, those maintenance fluids could have been stopped sooner.

I wonder what was said during rounds each day: “This is an unfortunate 47-year-old female with metastatic breast cancer, diagnosed with carcinomatous meningitis and seizures, she’s been unresponsive x 6 weeks; she has 7 children, and can’t be sent home since her husband works and the family is unable to care for her. Plan is to continue IV fluids.”

I’m 47 years old, with two teenagers of my own, living in that very same home. As both a hospitalist and as a mother, I reflect on her life, her illness, and her death. I hope that when I round on my patients that I have the courage, patience, and empathy to speak the words that need to be spoken.

Perhaps, the great unspoken secret is not really a secret.

Yvette Youssef is a hospitalist.

Doctors: Be careful, your words matter 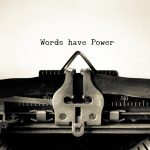 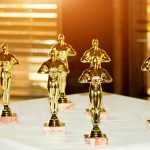