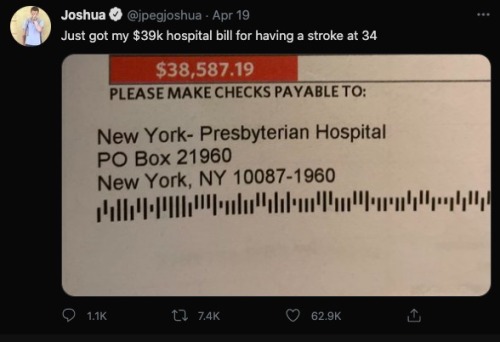 On Twitter @jpegjoshua recently posted about a staggering health care bill for going to the hospital for a life-threatening condition and then receiving an outrageous statement, which reminded me of a similar story that I had.

I also received a bill for nearly $40,000 but luckily managed to have it cleared through an unmentioned secret. For me, it all started the second week of May, back in 2009. I had this excruciating pain from just above the periumbilical region of my abdomen and the epigastrium, which ran downwards to the right iliac fossa — it felt like the worse pain of my life. Being the stubborn medical student I was, I still went about my days and just pretended to ignore it the best possible.

A few days later, the pain became a sharp burning pain localized directly at McBurney’s point. As I was a medical student, I knew exactly what was wrong — I had appendicitis. I performed the Psoas sign test only to confirm what I had known already. As stubborn as I was, I ended up wandering into the emergency room of a local hospital which, surprisingly, I had never stepped foot in before.

The hospital staff was amicable and took me in, and treated me promptly even though I had no medical or health insurance of any kind. The emergency physician was pretty cool; he reminded me of myself a lot. After a short series of tests and CT scans, I was rushed into emergency surgery to remove my appendix.

The surgery went well, except for the part where the anesthesiologist couldn’t wake me up immediately. But, not to worry, these kinds of things happen from time to time. I ended up leaving the hospital a day later, feeling like a million bucks — minus the scars across my abdomen and the post-surgery pain. I didn’t think much more of my visit to the emergency room and my subsequent surgery until all the medical bills started flooding in.

Did you know that medical bills cause 60 percent of bankruptcies in America?

So what did I do? What was this secret?

I searched far and low for a solution: talking to the hospital, billing representatives, and even the physicians who treated me. As a non-resident of the state, I didn’t qualify for aid. Then finally, someone mentioned that most hospitals have an unmentioned “charity fund” for cases like mine. After all the talking, blog posts, and letter writing, it finally paid off.

A few months later, I received a letter in the mail from the hospital and a few generous physicians who decided not to bill me for services and cover my medical bills in full. Making me forever grateful to these kind souls. 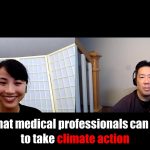