Reading about the opening of the Noah’s Ark Theme Park in Kentucky brings to mind the days when I worked as a physician in that state. I had moved from an academic position in Colorado and joined a large group of private practice cardiologists in Louisville. I found that people in Kentucky were different from those in Colorado. They were much more overtly religious.

As an interventional electrophysiologist, I would meet with each patient’s family before and after every procedure. Not infrequently, one person from each group in the waiting room was introduced as “this is our pastor.” Usually, at some point, the pastor would suggest a round of prayer, and I was expected to participate, at least by bowing my head and maintaining a respectful silence. If the prayer was before the procedure, the primary focus was usually to make sure God guided my hand, and the outcome would be good. Prayers after the procedure usually focused on thanking God for safely getting the patient through the procedure and asking for a speedy recovery.

It was not a good time to bring up the fact that I was an atheist. So I just went along with it, only briefly and mildly discomforted. Religion gives strength and comfort to people in life and death situations that doctors often deal with. I rationalized that my silent participation was helping my patient and the family psychologically. Besides, how would they feel about my performing complicated heart procedures on their loved one if they thought I was an unbelieving heathen incapable of accepting God’s guiding hand?

It’s uncomfortable to be an atheist and a doctor, just as it uncomfortable in America to be an atheist in general. Polls show that the public distrust atheists to about the same degree they distrust Muslims. Being an atheist is practically taboo for someone running for public office. George H. W. Bush famously said, “… I don’t think that atheists should be regarded as citizens, nor should they be regarded as patriotic. This is one nation under God.” Atheists are considered immoral by religious people. They point to the atrocities committed by Stalin, Mao or Hitler. Atheists, in turn, point out the Crusades, the Inquisition, the burning of witches or, more recently, the atrocities of al-Qaeda and ISIS. Neither the religious nor the non-religious have a monopoly on morality.

As social consciousness raises about oppressed groups, such as the LGBT community, there has been little progress in the acceptance of atheists in American society (I mention America because the situation is entirely different in Europe). And yet, the non-religious are a fast growing group. In 2014, 22.8 percent of Americans did not identify with a religion. Although a relatively small percentage of these people call themselves as atheists, probably because of the negative connotations of that term, this overall percentage is larger than the percentage of Catholics, Mormons, Jews or Muslims. It is amazing how unrepresented this large group is in our government! If one looks at scientists, (2009 Pew poll ), only 33% profess belief in God, vs. 83% in the general public. There is some evidence that top, elite scientists are even less likely to believe in God (only 7%). But do doctors hold beliefs similar to scientists? An earlier poll from 2005 showed that 77% believe in God, slightly fewer than the general population, but far more than scientists. Nevertheless, there are undoubtedly many doctors who do not share the religious faith of their patients.

To the religious patients who read this and feel they wouldn’t want a non-religious doctor: I can assure you that I am a good person, with a sense of morals rooted in our shared humanity. Not believing in an afterlife just makes me want to focus more on improving the quality of this earthly life, the only life I believe we have. I would only ask you not to assume that your doctor holds the same religious beliefs as you or that your doctor wants to participate in group prayer with you and your family.

To the non-religious doctors who read this, I ask: how do you deal with your atheism in your practice? Are you, like I was, basically mum about it? Would your patients distrust you if they knew? Would they find another doctor? Is it better to pretend to be religious, just as pretending that a placebo is a real drug can be beneficial? In many parts of the country this question comes up rarely or not at all (I never faced it in Colorado), but in Kentucky, the state of Ken Ham and Kim Davis, as well as throughout the Baptist South, I assure you that this is an issue you will face.

Back when the Creation Museum opened in Petersburg, Kentucky in 2007, I was one of the protesters who stood by the entrance and waved signs touting science and reason over the belief that the Earth is only 6000 years old and that dinosaurs and humans lived together at the same time. I watched as families with small children and church buses filled with impressionable kids drove past. There were some obscene gestures pointed our way, but most people just seemed puzzled that anyone would question their beliefs.

Standing next to the hospital bed, I only wanted to help my patient and if that meant concurring with their religious beliefs, so be it. But I also think non-religious doctors, and non-religious people in general, are afraid to “come out of the closet” and assert their beliefs — belief in the beauty of nature and science, and in our innate morality. After the attacks in Paris, San Bernardino, Brussels, Orlando, Istanbul and Baghdad — just to mention some of the latest — the destructive force of extreme religious ideology is evident to all. Given what is at stake it isn’t helpful for non-religious doctors or for that matter for any non-religious people to hide their beliefs, which is why I wrote this.

Does the increased frequency of repair of AAA in the United States reap benefits? 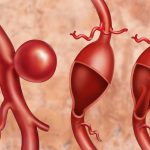 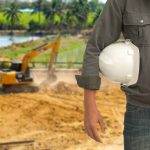 Atheist doctors must come out of the closet
22 comments