The exploitation and bullying of medical students and residents can only be meaningfully understood in the broader historical context of the New Deal’s dismantling and the destruction of the middle class that has followed in its wake. Moreover, it is fallacious to look at this inhumane treatment as something that happens only within the confines of the medical profession. For these exploitative working conditions have in fact become the norm and are emblematic of the authoritarian nature of post-New Deal America where much of the workforce has been reduced to the status of serfs and indentured servants.

Student loan debt, outsourcing, and offshoring, the transfer of rather large amounts of money into the coffers of the military-industrial complex and Wall Street, along with a skyrocketing cost of living have all played a role in the dismantling of our country’s once proud middle class. This unprecedented economic inequality that has become a daily facet of contemporary American life is extremely dangerous, and more broadly writ, is diametrically opposed to any semblance of democracy. The abuse of medical students and residents, which has even caused some of these wounded souls to take their own lives, is, in fact, a microcosm of this barbarism.

This absence of democracy in the workplace is inextricably linked with the fact that there are approximately a hundred million unemployed American workers, along with massive numbers of Americans working very low-paying jobs that do not support an independent existence. Consequently, conditions are ripe for corrupt employers to engage in ruthless forms of exploitation, and medical students, residents, and even doctors who have completed their residency are not immune to this barbarism.

Tragically, bullied and mistreated medical students and residents may go on to lose their sense of empathy and compassion, which may ultimately lead to their becoming callous or even abusive towards their own patients.

There are also significant parallels between the exploitation of young doctors with the exploitation of teachers, for the exploitation of the former is analogous to giving a high school English teacher hundreds of students per semester, which puts them in the impossible position of being unable to make detailed corrections to these essays. The loss of autonomy so acutely felt by many doctors again finds its mirror image in education where classic works of literature have been jettisoned by book burning administrators and replaced with teaching to standardized tests.

College professors are forced to play an odious grade inflation game, and if they resist, this will provoke the wrath of both students and administrators alike. Most professors are poorly paid adjuncts and typically do not even receive health insurance. Adjuncts are easily fired at the drop of a hat should they receive negative evaluations from their students at the end of the semester, as the student is now regarded as a customer, and the professor as a disposable fool that has been hired to dumb down to the lowest possible level. How does one receive negative evaluations? Not giving enough As is indeed an excellent method of attaining such a result. This is not unlike a doctor receiving a negative online review for failing to prescribe opioids or antibiotics to a patient that simply doesn’t need it.

It is also not unusual for an American to spend the greater part of a decade getting a PhD, publishing in all the “right journals,” securing a tenure-track position but later failing to secure tenure, after which time they are thrown out onto the curb and reduced to the status of a stray dog.

The idea that Americans have only themselves to blame if they earned PhDs, computer science degrees, degrees in journalism, architecture or the law and who were later unable to find good jobs, is lamentable and most unfortunate. How long will it be before people start saying, “You got a health care degree? What are you going to do with that?!” Remember that it was not that long ago in this country that the aforementioned degrees overwhelmingly led to good jobs.

As we have lost real communities in this country, and many Americans consequently identify with nothing other than their jobs, a career that does not come to fruition as it had when the New Deal was still in effect can be taken as incontrovertible proof that one is a failure, and this can have a devastating impact on one’s mind and spirit.

I don’t mean to stray from the topic at hand, which is the American health care system. My point is simply that no amount of yoga, meditation or Prozac is going to help a suffering medical student or resident. Only with a restoration of solidarity and the humanities will the soulful triumph over the soulless; and it is only then that empathy and compassion will triumph over alienation, hopelessness, and despair.

The cliché you are not alone can be true — but only with the recognition that millions of other Americans got degrees in things that they long dreamed of doing only to go on to be exploited in a similar fashion as medical students and residents. That is — if they were fortunate enough to even get a job at all.

Crushed under the iron heel of the new untrammeled barbarism, the dream of helping others can fade into the night. This inhumane treatment places both young doctors and their patients in extremely grave danger. Caught in the diabolical machinery of merciless plunder, a sleep-deprived medical student or resident may even accidentally kill a patient, a mistake they may very well never forgive themselves for. 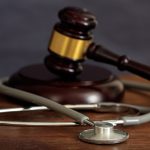 To aspiring physician-writers: It's time to write that book! 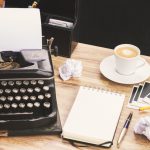 The way we treat young doctors is barbaric
2 comments