Cardiac neuroses are often iatrogenic in origin. A well-meaning but careless comment by a physician can change a person’s sense of well-being in an instant. The effect can be permanent and devastating. Many clinicians who complain about overly anxious patients don’t appreciate their personal role in the genesis of this problem. Our words matter. They can reverse the good we do with our medications and procedures.

If you are a heart rhythm doctor, this is a familiar scenario:

Your patient (we’ll assume a male for the sake of pronoun economy) has premature ventricular complexes (PVCs). Not a lot of them, but he feels every one. They are intolerable. There is no underlying structural heart disease. These are benign PVCs. The treatment options are not good. Drugs have side-effects that range from annoying to life-threatening proarrhythmia. Catheter ablation offers the possibility of “cure,” but is not a sure thing and has its own set of risks. The PVCs aren’t very frequent and perhaps will disappear with sedation during the procedure. Even if they don’t and can be mapped, how far should they be pursued? What if they are epicardial in origin? Should we really consider placing a catheter directly into the pericardial sac and ablate near a coronary artery to treat benign PVCs?

Reassurance is the best treatment. You tell the patient that these PVCs are benign. You say that many people have PVCs, even more frequent than this patient’s and that most people aren’t even aware they have them. You tell your patient that there is no underlying heart disease, that these PVCs will not shorten his life and that the treatments are likely to have side-effects or unwarranted risks. But it doesn’t matter to the patient. His palpitations are incapacitating. He can’t do his job when they come on. He has read a lot about PVCs and has seen several doctors before coming to you, the arrhythmia expert. He wants something done.

You stall. You ask the patient to try a different beta-blocker than the ones he has tried already that haven’t worked. You say you need to get some of his medical records from his other doctors. You want to review his Holter monitors. You need to make sure there is only one PVC focus if ablation is being considered as a treatment option. Mostly you are uncomfortable recommending an aggressive approach and want to put off making a decision.

Six weeks later, the patient is back in your office. The new beta-blocker didn’t work. Surprise, surprise. He has read the information you gave him about ablation and wants to try it. He is desperate. He is willing to take the risk.

You look at the patient. He is in his mid-30s. He is an executive with a type-A personality. You have seen his type before. But you are curious about something.

“When was the first time you found out about your PVCs?” you ask.

The story comes out. It was about five years ago. One of his friends at work had gone and gotten an “executive physical” that was being offered by one of the cardiology groups in town. It was a nice deal. There was a physical exam, they checked your cholesterol, and you ran on a treadmill for a few minutes. Afterward, there was orange juice and bagels. So he signed up for it.

During the treadmill the technician seemed a little nervous. Before he got too far into it, the technician stopped the test. “You have an irregular heartbeat,” they informed him.

This was news to your patient, who had always assumed his heart was just fine. But the technician told him that he should refrain from any strenuous activity and needed to see one of their specialists about the irregular heartbeat. In the meantime, a 24-hour Holter monitor was put on, and he was sent home.

The monitor was turned on the next day, and he waited nervously for the result. That night, he was awakened from sleep by a phone call. The doctor on-call had gotten a call from the monitoring service. The Holter monitor had shown a critical result. During sleep, the patient had had three PVCs in a row. The monitoring service deemed this ventricular tachycardia and dutifully informed the on-call doctor of this “critical” result. The doctor was obliged to call the patient, whom he didn’t know. Not knowing if this was a patient with end-stage cardiomyopathy and ejection fraction of 10% or someone with a perfectly normal heart, the doctor on-call felt it was the better to assume the worst.

“You are having runs of ventricular tachycardia on your monitor,” he told your patient. “This is a life-threatening emergency. Your heart could stop and you could have cardiac arrest. You need to call 911 and get to the hospital ASAP.”

After hanging up, the on-call doctor rolled over in his bed and went back to bed, knowing he done his job, making sure a patient with a potentially life-threatening problem would take it seriously and get to the emergency room. But for your patient, life had changed forever. Even after a full workup that showed no structural heart disease, he couldn’t get it out of his head that his heart rhythm was unsteady. His heart was unreliable. He could die at any time. He had never paid attention to his heartbeat before, but now he could feel the irregularity, the strong beats that told him he was having more PVCs. They were driving him crazy. Crazy to the point he would consider having a doctor insert a catheter into his heart and burn away some of his heart muscle to get rid of them.

This story is not an exaggeration. I have seen something like this happen many times, with patients who have benign conditions like PVCs or supraventricular tachycardia or somewhat more serious problems like atrial fibrillation. Patients with heart conditions are worried that what they have will kill them. They know about heart attacks and cardiac arrest, but they are not as well-informed about lesser cardiac conditions that are not life-threatening. Apparently, some doctors are equally poorly informed, or just think they are doing their duty by scaring the hell out of patients in order to get them to do their bidding, whether it is to go to the emergency room or take some medicine or do some procedure. The problem is magnified by the disappearance of long-term patient-physician relationships. Patients are at the mercy of the on-call schedule, and rarely get good advice when they are called with the result of some lab test in the middle of the night by a doctor who doesn’t know them.

What to do? Be careful what you say to patients, especially those you don’t know well. Think about how you would react if you were told the same thing. Don’t use your authority as a physician to bully a patient to do what you think is “the right thing.” 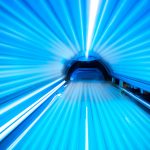 Watch what you say to patients
1 comments