What an upset, right?  Your voices were heard, loud and clear.  The current system wasn’t working for you, and you won a major paradigm shift.  The insulting irony of the word “progress” hidden in “progressive agenda” wasn’t lost on you.  You looked around your respective communities and what you saw sure didn’t seem like progress.  Employment opportunities were scarce, your health insurance costs had risen, and your infrastructure had eroded.  You felt abandoned and forgotten, so you stood up and got counted.  The error of ignoring you and your votes won’t happen again anytime soon.   Amid all the uncertainty surrounding the Trump transition, one thing is certain:  Things will be different.

Exactly how things will be different is debatable.  Our president-elect didn’t rise to power on a platform of honesty and integrity; he did it with a shrewd understanding of America’s angst, and how to tap into it.  It worked.  Call him what you will, but the man is a negotiator.  He has his finger on the pulse of middle America.

I may be a city doctor now, but my roots are your roots.  I understand how Trump happened.  I’m not nearly as surprised as most of the other ‘city folk’ after this election.  A wonderful book, Hillbilly Elegy, discusses the reasons the white working class was so hopeless.  I recommend it to anyone asking how in the world Donald Trump was elected president.  Its author JD Vance and I are similar in that we, as underdogs, found unlikely victories.  His odds were longer, his rise more meteoric, but still, there are parallels.  I have no doubt that thousands of similar stories exist, and are being played out as I write.

I grew up in the Appalachian coalfields, the grandson of immigrants and son of rural farmers and schoolteachers.  My ancestors were Italian, Scotch-Irish, and Hungarian.  They arrived in America in search of something better than the poverty they endured back home.  After disembarking and being processed on Ellis Island, my Italian great-grandmother carried the name “Virginia” for the rest of her life.  She had virtually no understanding of English, and she thought the officials were asking her destination instead of her name.  “Virginia” meant nothing to an Italian at that time, but she took her American name and embraced it.  It was a baptism of sorts, and she was changed forever.

My ancestors didn’t find streets paved of gold, but they found work.  They worked in the coal mines and fields, rail yards, supply stores, and eventually the schools.  It was a hard life, but a different time.  A strong work ethic and integrity were enough to bring success.  As generations passed, my family climbed.  Progress was painfully slow.  There were early deaths, poverty, and hunger.  My Nonnie and her siblings got an apple or orange in their Christmas shoe (Italians didn’t do stockings) each year, and they were overjoyed to get that.  My dad grew up in a tiny shack on the edge of a small town in Appalachian Virginia, but his parents slowly worked their way out of poverty.  It didn’t happen overnight.  My ancestors only got to see the beginnings of the American Dream before they died, but I think they died hopeful that their progeny would have better lives because of their efforts.

In school, I had black brothers.  Like much of America, Appalachia is football crazy.  I was no football star, but I played like most of the kids from my region: tough.  A lot of us used heart to make up for our lack of size, speed, and talent.  Our team was about 70 percent white, 30 percent black, but I never really analyzed our demographics until now.  All of those kids were my brothers.  We laughed and joked and sweated and stunk and ate and fought and bled  — together.  It wasn’t until I grew up and moved away that I realized what a unique experience I had.  A mutual understanding had grown from shared experiences.  Today, not many young Americans enjoy the benefits of a diverse environment.   It is a modern tragedy.

With that as a backdrop, it should be clear why I’m skeptical that a privileged billionaire who grew up with a silver spoon in his mouth will be a savior to the working class.  His is a world of big business deals, attorneys, negotiations, and European lingerie models.  Walk blindly into his bosom at your own peril.  It doesn’t take a PhD. in world history or economics to realize that a society does not succeed without striking a healthy balance between capital and labor.  These are two opposing, yet mutually dependent forces.  Look no further than Trump’s upbringing and record if you wonder whether he will advocate more strongly for the capitalists or working class.  It is healthy and natural to doubt his intentions and methods.  Hold his feet to the fire and make him deliver the promised jobs, as well as an invigorated working class.

As importantly, shout down racism, misogyny, homophobia, and xenophobia at every occurrence.  These practices distort and cheapen your cause.  At some point in our history, your ancestors were unwelcome outsiders, shunned and ridiculed by the privileged classes.  Unless you are 100 percent Native American, you have immigrant roots.  Trump himself has immigrant roots.  If you do not denounce those who promote hatred, trust me when I say that the pendulum will swing back, and swing back with great force.  Your candidate lost the popular vote; he will either make amends to those he insulted, or he will be a one-term president.  I guarantee that his replacement will be far less palatable to you than Hillary Clinton.

If and when the jobs return, I beg you to take them.  This may seem like a silly suggestion at first blush, but I have witnessed a culture of dependency and a “victim mentality” seeding and pervading your previously admirable work ethic.  This is not to implicate or accuse every working class middle American.  Certainly, the majority of you are honest, hard-working, family-oriented folks.

But addiction, entitlements, and despair now plague you much more than your convenient scapegoat Barack Obama.  Your own comeback will depend on you kicking the dope, taking the job, embracing the work ethic of your heritage, and actively contributing to the recovery.  By himself, Donald Trump is not going to take you very far.  Fortunately, you have much more control than you realize.  Seize it!  Pull on your boots and roll up your sleeves.  When you do, make room for “Rosie the Riveter” to work beside you.  Realize that she might not just be a woman.  She might be a black woman.  She might be gay.  She might be a Muslim.  Understand that in today’s America, none of you are any better or more American than any of those hypothetical Rosies.

I Hear America Singing, do you? 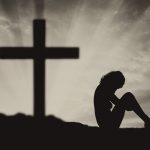 Be wary when a non-clinician talks about acute kidney injury 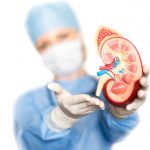