The storage capacity of the human mind is amazing. One estimate of the size of the brain’s “RAM” is as high as  2.5 petabytes (a million gigabytes). The number is based on the total number of neurons in the brain and the total number of possible connections per neuron. I suspect it is an overestimate, given the vagaries and innate inefficiency of biological systems. Nevertheless, the true figure is undoubtedly impressive. But not infinite.

There are well-documented feats of human memory and calculating prowess. Ancient Greeks could memorize and recite the epic poems of Homer. Indeed this was how the Iliad and the Odyssey were passed down for generations before the Greeks acquired writing. Savants can quickly perform cube roots of long integers or have memorized pi to over 20,000 decimal places. Musical prodigies like Mozart or geniuses like Einstein impress us with the capabilities of their brains. Yet for the average person who has trouble memorizing a shopping list, these stellar examples of mental fortitude provide little solace. The old myth that we are only using 10 percent of our brain capacity has been debunked. So unless you’re willing to believe the combination kelp-Ginkgo-biloba-blueberry supplement you heard about on the radio is really going to work, you are pretty well stuck with the brain and memory capacity you have right now. At least until things get worse as you get older.

While the brain’s capacity may increase due to evolutionary forces over the next few thousands of years (or not, see the movie Idiocracy), the amount of information that it is required to hold is not constrained by such a slow process. According to one source, there are now over 50 million scientific publications, with about 2.5 million new articles published each year. There is a 4 to 5 percent increase in the number of publishing scientists per year. No one can absorb all this. The days of the “Renaissance Man” who could quote Bulwer-Lytton while relating the latest experimental data from Maxwell and then play a Bach fugue while giving a dissertation on Baroque counterpoint are long gone. So what’s a 21st-century scientist (or physician) to do?

One thing we should not do is to attempt to memorize everything. It is important to off-load as much information from our brains as possible. Our brains need to be more like an index than a database. We need to know what information we are looking for and where to find it. Information that we use all the time is automatically memorized, and we don’t have to look it up. But a lot of information that we don’t use frequently is better off external to our brains. As long as it is easily retrievable, it will be available. Better to look something up that we are unsure about, such as a drug dose, than hazard a guess and be wrong.

Fortunately, we live in an era when we can implement this strategy very easily. We carry smartphones that are constantly connected to the Internet. All the data we need is at our fingertips and incredibly easy to look up. Similarly, we can store data on these devices for later retrieval. This constant availability of information makes life easier for doctors and undoubtedly makes for better patient care because of decreased mistakes due to memory errors.

There are those who would argue that relying on these devices is a crutch, and any good doctor wouldn’t need them. What would happen if a doctor’s plane crash-landed on some remote island, where there were no charging ports? How could that doctor function?

I think it’s time to put aside such nay-saying and embrace our digital assistants. These devices are our tools, as essential to modern medicine as ultrasounds, blood tests, and MRI scanners. Take away any of these tools, and doctors will be limited in what they can do. We should be proud of the impressive technology that allows us to carry powerful computers in our pockets, and we shouldn’t be ashamed to use them.

Notwithstanding the above, medical board certification is still old-school, rooted in that outmoded 19th century Renaissance Man philosophy that doctors should hold everything in their heads. Certainly, some medical board questions are practical and test things all doctors should know. But thrown into the mix are a lot of obscure questions about obscure facts that may be difficult to regurgitate during a testing session, but would be easy to look up online in a few seconds in a real-world setting. So, do these tests actually test one’s abilities as a real-world practicing doctor armed with modern information technology, or are they just a particularly arcane version of Trivial Pursuit?

I’ll leave the answer to this question as an exercise for the reader.

Gender bias in medicine: What can women physicians do to overcome it? 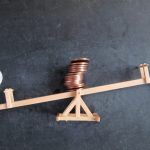 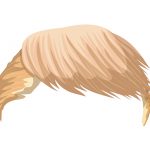