Over the past year, multiple mega-mergers were announced in health care. The four largest ones being:

2. On December 3, 2017, CVS announced that they were acquiring Aetna for $69 billion in cash and stocks. The deal was officially closed on November 28. 2018. However, one judge wants a further look at the merger. Federal Judge Richard J. Leon suggested to have a government monitor to ensure the two companies remain separate. He also proposed keeping the ability to unwind the merger if necessary.

4.  October 6, 2017, Optum announced that they were acquiring DaVita for $4.9 billion in cash. In December 2018, United Healthcare dropped the price to $4.3 billion to satisfy the FTC.

While the executives and shareholders of these large companies rejoice, doctors and patients should be very wary. As a doctor, a big part of the healing process is the doctor-patient relationship. When doctors are funneled into these large for-profit conglomerates, what will happen to the patients?

Over the past several years, we’ve already seen the harm brought to patients by third parties. When they are seen just for the money they drive into the bottom-line, they lose their power. They are no longer the center of the healthcare system and exist only for the value they generate to the company’s profits.

Mega-mergers will erode trust between doctors and patients. Doctors employed under these business models will become cogs in the wheel turning this economy around. They will be expected to see more patients and offer fewer services. Doctors who operate outside these systems but have patients utilizing their services will also struggle to give their patients the care they need. Tests and medications will be harder to get authorized, and doctor panels will continue to become narrower. In essence, patients will pay more money for less care, and maybe even denied needed care. Doctors will be forced to offer patients less effective choices.

While it is true that everyone needs to bring in a profit to function in medicine these days, it doesn’t mean that these organizations that have proved their viability in the business world know how to run medicine. Who do you want to decide if you need a cardiac catheterization: a cardiologist or a high school graduate employed by a discount department store chain? Who do you think cares more about what is going on with your heart? Try to return something to Wal-Mart and see how much they even care about the own business they specialize in. Just because they throw their hand in medicine, do you think they’ll suddenly care any more?

Patients need individualized care: no two patients are ever the same. When these companies take over, the patient-centricity will be lost. Patients will expect to follow clinical pathways, even when their diseases don’t. This does not even take into consideration all the rare diseases out there. If we can’t even be allowed to treat common diseases the way they should be treated, rare disease patients will suffer trying to get diagnosed or treated under these new organizations.

We still haven’t seen the effects of these new mergers roll out. Who can’t see the conflict of interest implicit in these deals? Patients will be stripped of their dignity and doctors their profession. Yes, the destruction of the practice of medicine is near. 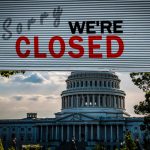 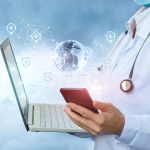