Besides the usual suspects of money, religion, and politics, there is nothing more uncomfortable to discuss than the biggest reality of all: death. You would think that the medical community — a community bathed in this unfortunate reality — would be more willing to engage in vital discussions regarding the end of life. However, this is seldom the case.

During the neurology portion of our medical curriculum, a panel of lecturers came to speak with us about coma, vegetative states and end-of-life directives: a neurologist, lawyer, and hospital administrator. To kick off the lively discussion, the panel asked how many students had designated advanced care directives or discussed these topics with their family members. The amount of hands that went up could be counted on the fingers of one hand. My hand, unfortunately, remained firmly on my keyboard as well.

It was not that these students were oblivious to death. Instead, they were very aware of this reality. I would wager that all of them had a close-up view of a patient succumbing to their mortality with their family close around making final decisions regarding their loved one’s passing. I will never forget seeing my first patient, a teenager, succumb to the reality of death while I was shadowing in the emergency department before medical school. The body, so young and full of life, sat there on the hospital bed, dying as the medical team attempted to intervene. I will never forget watching doctors stand outside the room and explain to the family the options they had, and that even if they continued resuscitation efforts and succeeded, there would likely be irreversible brain damage that would lead to “living” in a vegetative state. Although I will never forget, I never imagined that it could be me, the healthy, young student.

My classmates and I not only had an intimate view of death, but we were well aware of the tragic cases of Terri Schiavo and Nancy Cruzan. Both whose long court cases involving advanced care directives shaped much of discussion on what are the rights of a patient and their family members in making decisions in such tragic circumstances.

Many of my classmates had passionate views on abortion and defining when life began. But when it came to death, few were comfortable discussing with their family and friends what they would like done if they were to end up in a vegetative state. Few wanted to tell their families what to do if they had the difficult choice of deciding what to do.

When a close family friend ended up on ventilator after a difficult battle with cancer and the family was facing the option of removing life support, the family, of course, turned to me — the medical student who knew so much (not) — to help them decide, as they had no clue what any of these terms meant.

Vegetative state? Coma? Brain death? I am almost certain this will not be the last time friends and family will ask for my input in such a discussion, but why wait until then? As morbid as it sounds, these are conversations we must have now.

Inevitably, we will all pass through the agonizing predicament of having a loved one in one of these altered conscious states and participate in a difficult decision-making process. It might even be you that ends up in such a state. What would you want? What exactly is “pulling the plug?” What defines death? What are your spiritual/religious beliefs in such a scenario? What should your family do in this situation? One of the most troubling parts of going the through end-of-life care decisions is the family trying to figure out what the patient would’ve wanted, had they been able to speak for themselves. I have seen many situations where the family would remark, “I wish he could tell us what his wishes are.” In order for the general public to have these difficult discussions with their families, we, the medical community must start these discussions with our families. We must tell them what our wishes are, fill out advance directive forms that comply with our particular state protocols and clarify what should be done. But sometimes, the difficulty in these discussions isn’ t for lack of trying.

I once attempted to have a frank discussion with my mother about my end-of-life wishes after a particularly brutal, bloody shift in the emergency department, only to have her panic that something was wrong with me. She asked if everything was alright and was clearly unnerved by the thought of this ever happening, even though it was a reality like no other. All too often, we, in the medical field, have seen a mother at the bedside of her child, crying, screaming, praying for them to wake up from a coma. I read about the anguish the Cruzan family went through for years in trying to solve the end-of-life directives of their daughter Nancy after she was in a vegetative state. I thought it would be best to have an honest conversation with my family about this and that it would not be that difficult. My clinical reasoning was not accurate in this case, unfortunately.

Although it may be difficult to open up such discussions with family, this is something we cannot avoid. For people to become empowered to make decisions about end-of-life care, we must be leaders in this discussion.

And while it may be uncomfortable to discuss, if we can start doing this and encourage others to follow suit — we may be able to save much anguish and uncertainty in the decisions made about end-of-life care. Let us revive some of the key roles of health care providers as teachers and leaders. By teaching others about advance directives and end-of-life care, we can help relieve some of the pain and uncertainty that comes with a painful part of life.

Abdel Albakri is a medical student. 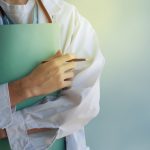 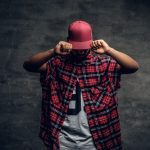