Sometimes an interesting thing happens on patient rounds. Rounds are a traditional exercise in hospitals going back at least a century. In the old days, this meant the physician going from patient to patient. He (it was nearly always he back then) went over the patient’s progress with the bedside nurse, examined the patient, reviewed pertinent test results, made an assessment, decided on a plan for the day, and gave orders to implement the plan. He also explained things to the patient. That traditional system worked fine when there was only one physician running things. These days there are many caregivers involved, and intensive care units pioneered the practice of multidisciplinary rounds.

What those amount to is an often fairly large group of people going together from patient to patient. Typically in the group are the bedside nurse(s), physician(s), which at an academic center includes residents, fellows and medical students, pharmacists, dieticians, physical therapists, and assorted other people involved in the patient’s care. It can be a large group, so large that some ICUs I know of hold these “rounds” sitting down around a table in a conference room.

I am often struck by the language people use at these rounds. In particular, there is an intriguing lack of assigning agency to what is going on. This is accomplished by extensive use of both the passive voice and strange sentence constructions in the third person: “The patient was thought to have pulmonary edema,” for example. Who thought this? “The patient was given furosemide (a medication to induce water loss).” Who gave this? They did — you know, them. Or you’ll hear something like this: “The patient was thought to have decreased cardiac function, so an echocardiogram was ordered.” Who thought this and who ordered the test?  Why did whoever it was think this?

In today’s ICUs, there’s a lot of shift work. Nurses typically work 12-hour shifts. Resident physicians now also work shifts, since limits have been placed on how much time they can work without relief. Often the only person who has been caring for the patient on successive days is the attending physician, the leader of the care team. A nurse or resident, someone who has not been caring for the patient consistently (or ever before) may only know what other people have told them. There is also the medical record, of course, but in these days of the electronic medical record there typically is a huge amount of extraneous stuff in the computer that obscures one’s ability to figure things out. (I’ve written about this issue before.) This can make for some amusing — or discouraging — exchanges on rounds.  “They were thinking the patient might be in heart failure, so they got an echocardiogram.” At which point I need raise my hand and point out “they” was me.

The old game of telephone (also known as the Chinese whispering game) is where people explain the same incident to a successive chain of listeners. The story unavoidably gets altered a bit with each retelling such that after a few rounds key details get left out, wrong ones get added, and it can transform itself into a completely different tale. I have seen that happen many times in the ICU setting. Now and then I have to rummage through the medical record to track down the source of whatever it is and call that person to get the story. You know, the old-fashioned technique of one colleague talking to another, one who has first-hand knowledge of events. These days that often seems a quaint old practice.

In today’s complex hospital environment, especially at academic centers with resident physicians, it is uncommon for the same physician to admit a patient, care for him throughout his hospital stay, and then dismiss him. At one of the smaller hospitals where I work I actually do this frequently because I cover the PICU for a week-long chunk of time all by myself. The nurses change, though. So now and then I hear from one of them at morning bedside report about the mysterious “they” doing this or that when “they” is really just me.

The telephone game illustrates the problem with handoffs, times when care of a patient is transferred from one individual to another. Handoffs happen at both the nursing and the physician level. They are made necessary by the way shift work happens, but they are known to be fraught with danger. Many standardized communication tools are now available to reduce the risk of things getting missed or misrepresented, but none of them are perfect. My advice is, when things are murky, to take a big breath and dive down the rabbit hole of the electronic record and identify when and why the thing started. Then if necessary call the person involved. Of course, that takes time, precious minutes we often don’t have. That’s another problem for another day. 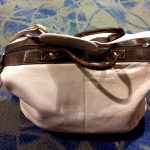 Is the art of medicine dead? 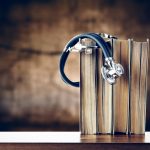 A game of broken telephone in the hospital
2 comments