There are over 400 pediatric intensive care units (PICUs) in the USA, as most recently estimated by the Society of Critical Care Medicine. These units vary widely in size, from 4 or 5 beds to fifty or more. The smaller units are generally found in community hospitals; the larger ones are usually in academic medical centers, often in designated children’s hospitals, of which there are 220.

Given this size range, it is not surprising the services provided at PICUs vary widely. There are no defined standards for what a PICU should be, although the American Academy of Pediatrics (AAP) suggested some over a decade ago. The AAP also suggested dividing PICUs into two categories, level I and level II, although in my experience no one pays much attention to the distinction. A great many of the recommendations are about what the equipment and staffing for a PICU should be. There is little if anything about the crucial issue of range of practice. Right now a PICU cares for whatever patients the facility wishes to care for. I don’t think this is the best way to do things, and there are a couple of examples from other specialties for which there are solid recommendations regarding appropriate scope of intensive care practice.

The oldest example is neonatology, which is practiced in neonatal intensive care units (NICUs) by pediatric specialists known as neonatologists. NICUs care for sick newborn babies, the overwhelming majority of which are infants born prematurely. The neonatal guidelines date back to 1976, when the March of Dimes Foundation spearheaded an effort to classify and sort out newborn care. They proposed three levels of units: level I was for normal newborns, level III was for the sickest babies, and level II was somewhere in between. These designations have been broadly adopted, carrying along with them the specific expectations of just what care a level III NICU should be able to offer. The guidelines were revisited and reaffirmed in 2012. Importantly, the guidelines also stated that level III NICUs had an obligation to provide outreach and training to their surrounding region to help smaller hospitals resuscitate and stabilize sick infants for transfer to a level III unit.

This system has been successful in that it has been associated with greatly improved outcomes for premature infants. A new category, level IV, has more recently been added, indicating an even higher level of care for the sickest of the sick. All of these NICUs are in major medical centers. In the beginning, this was also true of level III units.

Since then, however, neonatology has expanded from its origins into medium-sized community hospitals, many of which now have level III units. This has been good for babies, in that it brought the skills of neonatologists to more infants. But there are some concerns it may dilute the expertise of providers, since there is good evidence that units with more admissions have better outcomes. The optimal number of admissions and NICU size is still a matter of debate. Even so, the situation is a lot more worked out than is the case with older children and PICUs. An unspoken subtext in this discussion is that NICUs, for reasons I won’t get into here, are generally money makers for hospitals, tempting them to start one for mainly that reason. PICUs generally break even financially at best, and often not.

Trauma surgery is another example of a classification system that has improved patient care and outcomes. Trauma center classification is the opposite of NICUs: level I is the highest, ranging down to level V for facilities that are only equipped to stabilize patients and send them on to a higher level center. Those in between have progressively more capability until they reach level I.

Unlike NICUs, there is a process of certifying the qualifications for trauma centers. A state can designate a trauma center wherever and however it likes, but the American College of Surgeons verifies that the facility meets its criteria. So it’s a two stage process. There are standard guidelines for what sorts of patients the various levels can care for, and centers lower than a level I must have an ongoing relationship with higher centers to assure smooth transfer when needed. As with NICUs, trauma centers engage in outreach and teaching to help their regions improve care. Trauma centers also have extensive programs of quality control and outcome measurement to see how they are doing and how they measure up to national benchmarks. There are parallel pathways for adult and pediatric trauma centers. That is, a facility can be level I for both. It can also be mixed. For example, it might be level I for adults and level II for children.

In contrast, PICUs, which care for critically ill and injured children from infancy up to adolescence, are kind of a disorganized mess. There is no classification system accompanied by guidelines to sort facilities into different groups according to what patients are most appropriate where. Large PICUs at children’s hospitals are de facto highest level facilities. But how should we stratify smaller places? For example, one major determinant would be if the facility offers pediatric heart surgery. Many, even most PICUs don’t. The smaller PICUs I know have a more or less worked out arrangement with a higher level PICU to transfer children they cannot care for. But, unlike the case with trauma centers, there is no requirement to have this. There’s no requirement for anything, really.

I think it is past time for some order in this chaos. Many of my colleagues believe the same. The obvious leader for such a process would be the American Academy of Pediatrics. The AAP has been active in this for decades in NICUs. There already exists an AAP Section on Critical Care, of which I am a member. Perhaps some AAP-sanctioned group is already working on the issue. If there is, I haven’t heard anything about it.

What I learned from negotiating my first physician contract 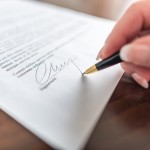 Why the 15-minute doctor appointment is dangerous 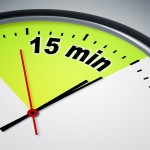