We do not rely on the benevolence of the butcher, the brewer, or the baker to feed ourselves — Adam Smith observed in the “Wealth of Nations” (1776) — but on their regard for their own interest. The desire to pursue a profitable living also holds true for doctors and nurses, notwithstanding the moral dimensions of their labor.

Health care is a service like any other. We ought to expect price transparency for medical goods and services to make informed choices that maximize value. However, Americans have been gulled into believing that health care is too expensive to purchase out of pocket.

Instead, private insurers, Medicare, Medicaid and the Veterans Health Administration (VHA) — known as third-party payers — pay the medical bills on our behalf. The ubiquity of third-party payment supports monopolistic pricing, preventing the health care sector from functioning as a competitive and efficient market. This is the real reason why the U.S. outspends other first-world nations in health care.

In their edifying book, “Overcharged” (2018), Charles Silver and David Hyman explain how third-party payers exponentially raise costs by destabilizing the supply-and-demand equilibrium in the marketplace.

If the price of a loaf of bread jumped to $400 tomorrow, would you buy it without questions or complaints? Let’s imagine your “supermarket insurance” covered your groceries so that you paid nothing for bread at the checkout counter. Then would you care if the loaf cost $4 or $400?

When consumers do not pay directly for goods and services, price ceilings are eliminated. As a result, drug companies can afford to price Sovaldi (a breakthrough cure for Hepatitis C) at $1000 per pill or $84,000 per course of treatment or hike the price of antiparasitic drug Daraprim from $13.50 to $750 overnight; or make a $599 profit on every Epipen sold (to name a few examples).

Without market-generated price limits, higher health care costs lead to higher profits for providers. Harvard economist Martin Feldstein notes that following the introduction of Medicare and Medicaid in 1965, physician fees rose at 6.8 percent in 1967 and 1968 compared to a 3.2 percent rise in the Consumer Price Index, and hospital rates grew annually by 15 percent from 1966 to 1970 (“The Rising Cost of Hospital Care,” 1971).

By decreasing consumer sensitivity to prices, third-party payers encourage individuals to overconsume health services. A report by Frank Lichtenberg, “The Effects of Medicare on Health Care Utilization and Outcomes,” indicated that outpatient care, and hospitalization to a lesser degree, “increases suddenly and significantly at age 65” relative to the control cohort aged 62 to 64 years and thus similar in health status.

The artificially high demand for services, induced by insurance, increases health care costs — described by Silver as an “insurance driven cost spiral.” MIT economist Amy Finkelstein found that the spread of health insurance between 1950 and 1990 raised real per capita health spending by threefold during this period (“The Aggregate Effects of Health Insurance: Evidence from the Introduction of Medicare”).

The more health services cost, the more third-party payers charge the ever-complying federal government. Consequently, the health care industry has become a conglomerate of entrenched special interest groups that lobby Washington, D.C., for example through generous campaign donations, to maintain the flow of money. Third-party payers want health care to be too expensive to afford without insurance.

The arrangement between third-party payer bureaucracy and the political class has provided a fertile ground for various illegal and profligate activities. By dint of this mutual back-scratching, U.S. health care spending will reach 20 percent of the national GDP by 2026.

Medicare and Medicaid receive around three-billion claims annually, but fraud detection is a low priority. Subsequently, bad actors in the health care sector and career criminals scam the U.S. government with fake medical billing schemes, pocketing significant sums with relative ease. Fraud, waste and abuse consumed $60 billion in Medicare funds in 2015, and $140 billion from Medicaid in 2016. The government wastes nearly one-third of all monies that pass through our health care system, i.e. over $1 trillion annually.

Silver (a self-identified Democrat) calls Vermont Sen. Bernie Sanders’ “Medicare for All” (M4A) proposal a “recipe for increasing health care consumption” and therefore, overall expenditure. It is safe to assume that M4A will precipitate a net-hike in costs, exceeding its current estimate of $32 trillion for the first decade.

First, we need to change the national conversation about the function of insurance in purchasing health care. Insurance is a business of risk prediction, regardless of the subject in question. By pooling risk, it provides individual protection against low-probability, high-risk events — an essential need fulfilled by catastrophic coverage plans. In contrast, comprehensive coverage constitutes a pre-payment plan and should fall outside the scope of insurance.

Second, when consumers hold the purse strings, providers will need to compete for their health care dollars. Competition between hospitals, doctors, and drugmakers will necessarily lower prices while improving the efficiency and quality of care. Consider the example of elective procedures that are not covered by health insurance and therefore, subject to market competition. LASIK corrective eye surgery costs as low as $300 per eye today, signaling an 86 percent drop since 1998.

Direct Primary Care and the Surgery Center of Oklahoma offer services for listed prices and serve as salient models of change committed to price transparency and decreasing disparities in care. Such consumer-centric innovation promotes health equity and access to genuinely affordable health care in ways that government-based reform only purports to achieve.

It is time for the American people to treat the underlying cause of ballooning costs by revolutionizing how we think about and purchase health care.

The gift of suffering in medicine 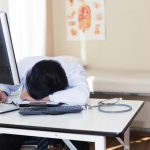 5 lessons on doing research as a resident 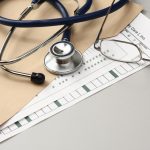 Health care is expensive. It’s time to treat the cause.
21 comments