Considering we are one of the richest countries in the world, it is unbelievable that 27.9 million Americans still don’t have access to health care. In 2018, we spent $3.6 trillion on medical care, which is higher than any other developed country in the world. If we look at the health care expenditure per capita, there is over a 31-fold increase in health care spending in the last four decades, from $355 per person in 1970 to $11,172 in 2018. Our life expectancy is the lowest, and the infant mortality rate the highest among the developed nations. Isn’t it evident that we have a highly inefficient health care system, which has a high cost, low quality, and poor access? Many other developed nations in the world have a lower GDP than us, yet they provide a right to health care for all their citizens. With this level of spending, shouldn’t we be able to provide a right to health care to every American?

As far as the politics of health care is concerned, instead of debating endless hours on individual party’s plan, we should first be true to our heart and answer the real question: Should health care be a privilege or right for Americans? If we believe that every American has the right to health care, then the only question left is how to get there. The path forward will still be difficult but absolutely doable. If we believe that health care is and should always be a privilege and not a right, then what’s the rationale behind these superficial debates?

As a nation, we signed the U.N. Universal Declaration of Human Rights in which health care is stated as a right; however, we have never abided by our own signature. I urge members of both parties to work together and create a comprehensive universal health care system via public-private partnership or other approaches, where every American has the right to health care.

Sagar Chapagain is a medical student.

Why this anesthesiologist has a problem with monitored anesthesia care (MAC) 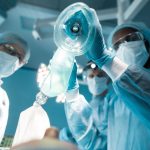