It is the fourth year of medical school, and I have been dreaming in the language of ERAS (electronic residency application service). In less than one month, I will put my name into the sorting hat of applications as part of the match’s algorithm to interview, and hopefully I’ll be matched to a pediatric residency position.

Based on 2014 program director survey data published by the National Residency Matching Program (NRMP) an average of 1,392 medical students will apply to a pediatric residency that offers 15 seats. Roughly 20 percent will be offered interviews, and of those who actually interview, only 8 percent will have a chance of admittance.

Internal medicine receives the largest number of applications and offers the highest raw number of positions nationally. However, an average of 2,864 students will apply to a program with 18 spots, 11 percent will be offered interviews, and 7 percent of interviewees will ultimately matriculate. In some of the very competitive programs, either because of a limited number of spaces or popularity of the specialty, interview rates sink to 15 percent (ENT), 13 percent (orthopedic surgery), and 10 percent (dermatology).

When speaking to my faculty advisors, it seems like this whole process leans heavily on numbers to represent people. I am told that the sheer number of applications makes doing otherwise nearly impossible, and that board scores have been shown to correlate with future in-training exam scores, though with quite a range of variability. Come to find out, the USMLE Step 1 was not designed or originally intended to be predictive of future test performance. In spite of this, it has now become a very common way to stratify medical students as a supposed predictor of future test performance.

Listening to NPR last month I encountered a story about two sports writers who thought they could create a winning baseball team based on data collected about individual players’ stats. They were interested in sabermetrics, a term used to describe the search for objective knowledge about baseball. The principle is explained with a quote from Moneyball, when Jonah Hill (as Peter) says: “Of the 20,000 notable players for us to consider, I believe that there is a championship team of 25 people that we could afford, like an island of misfit toys.”

When pressed to describe a player selected for the team, one of the sports writers explains the selection of a particular baseball player:

He is from a Division III school and so he was not drafted. He doesn’t throw particularly hard. He throws sidearm, and then he switches sometimes to throwing over the top, so there’s a bit of deception. But he is not a big guy. He doesn’t have your typical athlete’s body. But when you look at his stats and even after adjusting for the quality of competition and the ballparks and the weather, and there’s so many factors to take into account, after you apply those adjustments to his stats, he looks like one of the best college seniors. So that’s kind of the prototype for the guy that we have gone after.

For the most part, medical student “sabermetrics” (a term that in actuality refers only to baseball) are represented by the remainder of the application: the letters, the personal statement, distinctions like AOA and humanism awards, all of which are meant to provide more data about performance. These are largely subjective in lieu of our ability to provide raw objective data on how well we work in teams or if there are issues of professionalism.

I believe the application is extensive enough to do a single person justice. The worry is that — statistically speaking — most applications submitted to a single program would not be opened solely based on test scores, specifically the Step 1 exam.

I will admit my primary concern is selfish and not necessarily for the obvious reason. As an intern next year, I will be dependent on my fellow interns for support and knowledge. I don’t care if they were one point above or below a threshold on their USMLE Step 1 score, but I definitely care if they can handle stress, if they are respectful to team members and patients, and if they promote an environment of teaching and learning rather than one of competition. I care if they are always ready to laugh when things get rough or ready to be serious when tragedy warrants a straight face. I hope they are brave enough to sit down and have difficult conversations, whether it is explaining a psychogenic illness or a fatal diagnosis to our patients and their families.

Every one of my former teams that worked well was comprised of lovable, flawed, and lopsided yet complementary team members. We were far from clones of one another. I wonder if some smart algorithm can do a more conscious job of quantifying the parts of our application that involve interaction with people and put our files on the desks of programs that want what we specifically have to offer. Maybe this is already in place. It’s possible that from where I sit, I am not privy to the sabermetrics of medical students. I hope so.

For the sake of my future team of interns, misfit toys though we may be, I very much hope so.

Heather Alva is a medical student. This article originally appeared in the American Resident Project.

With some planning and collaboration, small practices don’t have to sell to a hospital 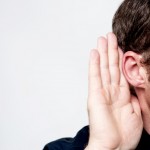 When applying for residency, should medical students be quantified?
3 comments