Recently, I rummaged through some old files to throw out things I did not need. While marveling at how we stored documents back in the 20th century (and how little of what I saved I ever used), I came across a couple of interesting items. They were notes that I took in January and February 1995 at the first two meetings of representatives of the six small practices that eventually merged later that year to form my current group practice.

The decision we made, that we had to do something to be able to take advantage of new payment models, as well as retain our independence and avoid having to sell our practices to the hospital, was an easy one. Figuring out what that “something” should be was not as simple. Fortunately, around that time, the Rhode Island Medical Society offered a series of seminars on practice management topics, including one on different group practice models that some of us attended. We learned a lot that night. We also found a lawyer to help us through the process.

Our conclusion was that the best model for us was an asset merger, where each practice would exchange its equity for a share in new entity. The legacy practices would cease to exist after the merger. That seemed bold at the time, and still does, since we were entering uncharted waters, with no assurance that the merged practice would succeed.

A potential deal breaker was how to value each of the legacy practices in order to allocate ownership shares in the new practice. These practices originated in the traditional way, started from scratch or through the purchase of an established practice, and over the years built solid patient bases and excellent reputations in the community. We considered getting professional appraisals and basing ownership percentage on the appraised value of each practice that was to be folded into the merged group.

While appraisals were an option, it became clear to us that they would be expensive and time consuming to obtain. Moreover, we concluded that the differences in the value of each physician’s practice would not be large enough to justify the cost of finding out what those differences were, so we agreed to value each physician’s contribution of equity to the new group equally. This not only simplified the process, but it set the tone for the spirit of collaboration and collegiality that has served us well in the twenty years since. It also saved us weeks of negotiating and tons of money.

Before I fast forward to the present, I’ll note that a couple of years after we formed the big group, we entered our first full capitation contracts. The results were mixed, leaving us with fewer reasons to stay in capitation than to get out, so get out we did.

Our raison d’être was to be able to play in the big leagues of capitation. Several advisers told us that economies of scale were not a reason to merge groups. Yet, we found that there were considerable opportunities to save money as a group, as well as to increase revenue in ways that we couldn’t achieve alone, such as opening a clinical lab and imaging center. We were also able to utilize the excess capacity in our centralized billing operation to create a billing service. In addition, we noticed that hospitals, insurers, and subspecialists were paying more attention to us. Not only were there economies, but we now had leverage.

This year, we celebrate twenty years as a group, which has grown to about 100 physicians, most of them shareholder-owners, along with a couple dozen advanced practice clinicians. While capitation came and went in Rhode Island in the late 1990s, a decade later, when other so-called disruptive innovations arrived, we were ready for them. In 2006, we implemented an electronic health record. Five years ago, we achieved recognition by the National Committee on Quality Assurance as a level 3 patient-centered medical home.

Over the past few years, we have reached agreements with most of our payers that increase payments through performance bonuses and shared savings, including participation in the Medicare Shared Savings Program as an accountable care organization. This time, unlike our earlier experience with new payment models, we did well — well enough to distribute a bonus check to every employee of the group, not just the physicians — for the second year in a row.

I’m not writing all of this to brag (OK, maybe a little), but to point out that it is possible for independent practices to survive, if not thrive, in the new environment. Small practices that share a common goal can align in ways that will equip them to prosper in the future. Also, it need not take twenty years to get there. Physicians are smarter today than we were in 1995. More resources are available from professional societies such as the American College of Physicians, regional extension centers, and others. Information technology, while still not “there,” is more accessible to physicians, with greater availability of data and people who know what to do with it.

There are more options for independent physicians to aggregate their practices into bigger units that can take advantage of the benefits of large groups, yet retain much of their individuality. There are tradeoffs, of course. There are costs, but if done right, there is a return on investment (so much so that there are even venture capital companies interested in this).

Retaining independence does mean giving up some autonomy, which I know some readers will find objectionable, but I would argue that being left with no choice but to sell to a hospital, work harder to maintain the status quo, or go out of business are even more objectionable.

When applying for residency, should medical students be quantified? 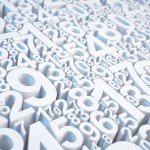 With some planning and collaboration, small practices don’t have to sell to a hospital
3 comments