In May 2003, during my second year of pediatric residency, I had a right temporal lobectomy to remove a seizure focus in my right hippocampus.  Although the surgery proceeded without complications, I was unable to walk unsupported for several weeks after the operation.  My experiences taught me what makes an exceptional physician.

An excerpt from The Sacred Disease: My Life with Epilepsy.

The day after my surgery, Nancy was my new nurse on the general neurology floor. She wore half-moon pink glasses that slipped repeatedly to the very end of her sharply pointed nose to reveal her coffee-brown eyes.

Her command startled me since less than 24 hours had passed since surgery. Before I could protest, she grabbed my arm at the elbow, leaned her large frame into mine and pulled. My feet found the ground and my knees locked into place with trepidation. As soon as I was upright, the ground undulated beneath my feet.

“Whoa!” I gasped when I fell back into bed, gripping my head. “I’m dizzy!”

Undeterred, Nancy gripped my elbow again. “OK, we’ll take it slower this time. You can do this.”

When my pink-stockinged feet were again on the ground, Nancy carefully guided me into a vertical position. My defiant legs wobbled unsteadily.

“I … can’t … find … my … equilibrium,” I grunted through clenched teeth. I grappled for a sure stance as beads of sweat accumulated on my forehead. Nancy held tight until I wasn’t swaying any more.

“Take a deep breath, Kristin. I’ve got you. When you’re ready, I’m going to let go and let you stand on your own.”

My head was pounding. “Ready.”

Nancy stayed immediately in front of me but let go of my elbows. Instantly, I sank. Thankfully, Nurse Nancy grabbed me just before I toppled to the ground and firmly guided me back to bed. “We’ll try that again later today,” she said with a straight glance down her ski-slope nose. “You’re still recovering.”

Late the following evening, I lay awake watching reruns of Friends when Jason appeared at my door. A neurosurgery resident who’d earned the nickname “Mighty Mouse” because of his modest stature, Jason was only a bit taller than me, but the width of his shoulders and biceps was enough to rival professional body-builders. He spoke in a clipped, purposeful manner that reflected a neurosurgeon’s confidence. Jason intimidated most of the medical students and residents in the hospital, but I knew better. In addition to the flowers he brought to the ICU immediately after my surgery, he oversaw the group of residents that rounded on me daily. He’d heard I was having trouble walking and made it his mission to get me better.

“Hey, Kristin!” he quipped from my doorway. “What’re you doing lying around? It’s time to get up!”

I couldn’t help but roll my eyes at his ridiculous request. Before I could protest, a beefy arm encircled my right elbow and lifted my limp body through the air. I was on my feet, but my legs refused to comply with my internal command to remain upright. I faltered and expected to be set back down atop the reassuring nest of white hospital sheets again, but Jason wouldn’t let go.

“We’re going for a walk,” he proclaimed. A childish smile travelled across his face. “We’ve got to get you strong.”

I held tightly onto Jason’s strong arm and let my fears wash away as we walked. Slowly, the spinning resolved and all the earlier unsteadiness disappeared. I listened as Jason told me in general terms about some of the patients he’d seen in the Emergency Department that evening. My mind relaxed and moved on to things beyond my present broken self. By the time we were on our second lap around the neurology ward, it felt as if I were taking an afternoon stroll with a friend instead of fighting the gravity of my wayward legs.

The harsh sound of Jason’s pager interrupted my thoughts and jolted me back to reality. There was a long, stark hall ahead before I could return to my room and Jason needed to find a phone quickly to answer his page. When we picked up the pace, my knees buckled but Jason still held me fast. “I’ve got to go back downstairs,” he said. “But this isn’t the end of our training. I’m on call, so I’ll be back later tonight or tomorrow to work on getting you back to yourself.”

We turned the corner into my room, and Jason helped me back into my bed of safety. My head screamed from the effort, but my smile was so wide I may’ve loosened some of my staples with the pull of my cheeks.

“That was good work,” Jason cheered and shook my hand. “Now get some rest so you’ll be ready when I come back.”

He slid out the door, his white coat dangling on a finger over his shoulder. Alone again, I pressed the pulsing side of my head and slipped further into bed. I fell immediately into a deep, restful sleep.

Jason’s visit was the turning point in my hospital stay. He helped me find the confidence to walk on my own while demonstrating what it means to be a good physician. He showed me that a patient is more than their disease. Our frustrations, fears, worries, and dreams all contribute to the cluster of healing and the magic of being well.

I sipped my coffee the next morning while I waited for the parade of rounding teams and thought how the little things leave the most lasting impression. I was appreciative of all the physicians who participated in my care, but I’ll always remember the ones who offered compassion and encouragement along the way. I promised myself that when I eventually returned to my doctor role, I would never forget the lessons I learned through the eyes of a patient.

Kristin Seaborg is a pediatrician and author of The Sacred Disease: My Life with Epilepsy. 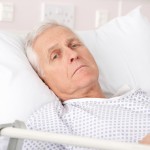 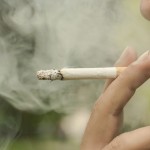 A physician’s life with epilepsy
2 comments