I sit at my desk in a cubicle with high ceilings and an open entryway.  It is dark except for the somewhat eerie glow of light emitted by CRT monitors.  With concentration and some sense of urgency, I methodically plow through the queue of studies to be interpreted.  Some are marked STAT, some not.  I address the former first.

Our ER is a busy one.  Many cases come from that department.  So I am not surprised to see a single view chest x-ray from there.  A middle-aged man, surname G, comes in with chest pain.  A common complaint with a myriad of possible causes ranging from disease of the lung and heart to non-cardiopulmonary.  But I see something that does not belong:  a wedge-shaped opacity in one lung that is nonspecific.  It could be pneumonia, infarct, or tumor or less likely, something else.  I call the ER physician.  I tell him the abnormality was not discernible on a chest x-ray taken five months earlier.

Turns out Mr. G is a two pack per day smoker.  We agree he may have lung cancer.  I recommend a CT chest scan.

Which, performed a short time later, shows extensive malignancy, considerably greater than what is revealed by the chest x-ray.  It is inoperable.

I do not know Mr. G.  Have not met him.  He is just a name, one of many, a faceless man in a crowd without number.  But I feel a twinge.

My colleague, who interpreted the CT scan, and I agree that, even with the benefit of retrospect, the prior chest x-ray was normal.  That realization is sobering.

By virtue of his diagnosis, Mr. G will join a subset of patients, only 5 percent of whom will be alive five years from now.  This despite any therapy proffered him.  And his passage from Earth will most likely not be easy.  It will be fraught with discomfort and probable pain.  He may have difficulty breathing and experience hemoptysis.  It may not be the primary tumor that kills him, but metastasis.  Or infection.

How many twilight strolls on the quiet street where he lives will he miss?  And how many chess or checker games, which are as much a part of his life as the clothes he wears, will he not play or observe?  How many stunning sunsets and wondrous full moons will he not see?

He will not be around to walk his daughter down the aisle.  It will be the happiest day of her life, and she will be radiant, but, sadly, he will miss it.  He will not see any of several grandchildren pass from infancy to adulthood.  And he will not grow old with his wife of many years, the woman whom he has perhaps known since childhood.  His family and friends will miss him, although less with the passage of time.

Ah time, that great equalizer, what we are all given, but not in abundance.  He has been robbed of it.  Perhaps unwittingly, but robbed nonetheless.  And yet, can he hold accountable anyone but whom he sees in the mirror?  Did he not leave his house unlocked, the alarm system unset?

Even if not, and he truly did not know better, the end result is the same.

When I walk a street, and see the approach of one who is smoking, I want to go to them, snatch the cigarette from their hand or mouth, and say, “Don’t you know what you’re doing?  Please stop.”

But of course, I do not.  Instead, we pass, two ships in the night that likely won’t encounter each other again.  And I try not to inhale too deeply.

When I was in postgraduate training at a prestigious Western medical center, the head of radiation oncology smoked.  So did a cardiothoracic surgeon.  And the acknowledged expert in chest radiology.  All almost certainly knew better.  But, perhaps, by the time they knew, it was too late.  They were hooked.

For there is a maddening latency in the transpiration of some events, medical and other.

Cigarettes had been cool for a long time before we came to realize how inimical they were.  Would the appeal of actor James Dean have been the same without the cigarette dangling from his mouth?

Similarly, mesothelioma had been around for some time before it was discovered that asbestos is the main culprit in its causation.

It makes me wonder at times about things such as the long-term effects of cell phone usage, which we may only learn about some years hence.

6 million deaths worldwide per year are attributable to smoking.  In 2000, smoking caused 71 percent of all lung cancer deaths.  On average, those killed in middle age by smoking lose 20 years of life compared with those who never smoked.

One of the patients I recall from decades ago was an affable Italian with a five-syllable surname that began with Q.  It was with almost predictable regularity that he’d appear to be scheduled for a lower extremity arteriogram.  He’d had numerous bypass graft surgeries.  Each time he’d show up with a pack of cigarettes in his shirt pocket.  Once, when I commented on it, he gave a sheepish grin and said, “I know I gotta quit, doc.  Someday I’m gonna.”

Somedays come and go.  At some point, they become never.  Or forever.

As Mark Twain opined, “It’s easy to stop smoking.  Why, I’ve done it hundreds of times.”

A physician nephew, who, unlike me, is involved with primary care, once mentioned that, out of all of his patients (he’s now in his 50s) whom he counseled about lifestyle modification, including smoking cessation, only one actually changed.  The less than irresistible force more than met its match in an immovable object.

One could take the position that we all die.  No one gets out alive.  And we’re free to choose our poison.

Of course we are.

A physician's life with epilepsy 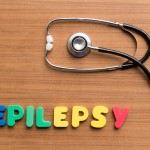 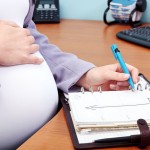 Smoking is the ultimate thief of time
1 comments