My father suffered a massive stroke on a September night not long after his 83rd birthday. It left him conscious yet unable to talk and communicate, unable to swallow and almost completely paralyzed.

After numerous scans and other tests, his doctors determined that there was no chance of recovery. My father would never walk, talk, or swallow food again. With nothing more to do for him in the hospital, we — my mother, my sister, and I — needed to decide what to do next. The social worker on the case encouraged us to put Dad in a nursing home. A gastric feeding tube could be put in, and he could be fed and kept alive that way. Indefinitely.

We knew this was not what Dad would want. Although he could no longer communicate his wishes, his advance directive gave us guidance. “It is my desire that measures not be taken to prolong my life if the results of such efforts will not leave me in a condition where I will be able to enjoy a reasonable quality of life.”

Before the stroke, Dad had bluntly told us — as well as his family doctor — that he would rather die than be put in a nursing home. He’d been an extremely active and productive person all his life, and he felt every day should be marked by some accomplishment. Inactivity was anathema to him.   When I was living at home, he used to burst into my bedroom if I slept in past 7:00 o’clock. “Out of bed!” he would say, throwing open the blinds. “You’re wasting daylight!”

One evening after dinner, I recall Dad talking to me about his mother. She’d died a slow, agonizing death due to cancer, and my dad was thinking back on those hard days. Looking me squarely in the eyes, he said: “If I ever get like that, I want you to give me hemlock.”

Hemlock. It was his code word for assisted suicide.

With the encouragement of my dad’s family doctor, we decided to bring Dad home to hospice. We would forego the feeding tube. No food, no water, no IVs. In other words, we were bringing him home to die. Living in California, “hemlock” was not an option. My dad would die instead of dehydration.

Voluntary death by dehydration — also known as “terminal dehydration” or “TD” — has its advocates in the death-with-dignity community. Even in states where doctor-assisted suicide is not available, a terminally ill patient still has the right to hasten death by refusing all food and water.

TD advocates assert that death by dehydration is a relatively gentle way to die. As dehydration sets in, the body releases certain chemicals (“esters” and “ketones”) that have the effect of dulling the senses. These chemicals act like an anesthetic, and the dying patient feels little pain.

In a poll of Oregon hospice nurses asked to rank “death experiences” on a scale of 0 (a very bad death) to 9 (a very good death), the nurses gave terminal dehydration an 8.

For my father, dying would take seven days. I stayed with him the whole time. The hospice team was superb: caring, attentive, and knowledgeable.

I wish I could say he died a gentle death. But I’m not so sure.

Over the seven days it took him to die, I watched as my father seemed to become increasingly restless. Despite the stroke, he was able to move his left arm a bit, and beginning on day two, he started reaching with the arm, repeatedly pushing against the bed mattress and the bed rail. I took this as a sign of agitation and discomfort, though I will never know for sure.

There were other suggestions of discomfort: rapid breathing, mild groaning, and sweating. Both the hospice nurse and I were giving my father morphine for pain and Ativan for sedation. We were giving the medications around the clock, but as the days progressed, we needed to give higher and higher doses. By day four, we were far exceeding hospice protocol doses. Yet the signs of agitation were still there.

Days five and six were the hardest. The arm reaching, though weakened, continued. At times, my dad’s breathing rate topped 40 breaths a minute (three to four times normal). Triple doses of morphine didn’t seem to help much.

Finally — mercifully — he began to lose consciousness toward the evening of day six. The “esters” and “ketones” were finally kicking in.

As I sat at the bedside watching him finally at peace, I had to ask: Why did we have to wait six days to reach this point? My father was on a sure path to death when we decided to withhold fluids. Why stretch it out over seven days? Without a doubt, the path we’d taken was far preferable to a drawn-out death in the ICU or in a nursing home. Nevertheless, I wish doctor-assisted death had been available to my father. Despite the observations of hospice nurses in Oregon, I believe it is what he would have wanted.

He died at 10:27 p.m. on the 7th night. My mother and I were at the bedside. He took one final breath in but did not exhale. Then, he was still. I wish I could say he looked at peace in death, but he did not. There was a disturbing look on his face, with sunken eyes and a half-open mouth outlined by blue lips. To me, it was a look of perplexity, a look of bewilderment. It was a look that would haunt me for the rest of my life. To me, it was a look that said:

Christopher Stookey is an emergency physician and author of Do Go Gentle, Bringing My Father Home to Die With Dignity After a Devastating Stroke.

Being a musician made him a more compassionate physician 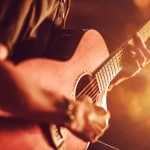 Blame the system, not Martin Shkreli