One thing I learned early on as a doctor is different people have different tolerances for pain.  At one end of the spectrum, for example, I recall a woman who came to the emergency department with a small splinter in her foot.  She arrived wailing in pain, and we had to take her back to a treatment room ahead of other patients because her howling was scaring the people in the waiting room.

At the other end of the continuum was the young woman mountain biker I once treated; she’d taken a tumble on her bike and came in because she’d knocked out a front tooth.  I asked her if she had any other injuries or pain.  “No, nothing else,” she said.  However, when I examined her, I noticed some swelling to her left forearm.  I got an x-ray just to be safe.  The woman had a complete break of one of her forearm bones.

The differences in people’s pain tolerance came clearly into focus one afternoon when I treated two patients with nearly identical injuries.  The first patient — in bed 17, I recall — was a man in his mid-40s.  Bearded and muscular, he sported large tattoos on both arms.  He had a two-inch cut on his forehead, with the cut passing through his right eyebrow.  (I remember he was curiously vague about how he’d acquired the cut.)

The other patient, arriving 10 minutes later to bed 18, was a seven-year-old girl.  She’d cut herself on the sharp edge of a hose nozzle.  A skinny kid with big, hazel eyes, she had on a turquoise shirt with a large yellow star on the chest.  Like the man, her cut was on the forehead and about two inches long; her gash was at the top of the forehead extending into the hairline.

The man was first up.  When I explained I was going to inject lidocaine around the cut to numb things up, he became suddenly anxious and agitated.

“Not when it runs through the eyebrow, sorry.”

The man closed his eyes and let his head fall back against the bed.  “God!”

I began injecting, but as soon as the needle touched his skin, the man jerked his head away.  “Ow!”

I paused then tried again.

“Sir — it’ll hurt more if you jerk away like that.”

“I changed my mind.  I don’t want anything done.”

“What, give you general anesthesia for a two-inch cut?”

Brooke, the nurse associated with the patient, came over to the bedside.  She was one of our best nurses, a seasoned emergency department veteran.  “Sir,” she said firmly, “you need to calm down.”

“I know,” Brooke said, “we all heard that.”  She snapped on a pair of gloves and stepped to the head of the bed.  “Come on, let’s get you stitched.”  Brooke firmly placed her hands, like a vice grip, on both sides of the man’s head.  She looked at me and nodded.

I injected around the wound.  The man kicked and yowled the entire 20 seconds it took me to inject.   “Ow!  Ow!  Oowww!”

With Brooke’s help, I washed the wound and threw in a few quick stitches while the man continued to squirm and complain.  Finally, we were finished.

“Jesus Christ, “ Brooke whispered to me back at the nursing station where we both washed our hands.  “And he’s scaring the kid in the next bed.  She knows she’s in for the same thing.”

Brooke and I went to bed 18.  The girl looked at us with her big, brown eyes.

“Hannah.”  Her voice was high and barely audible.

“We’re gonna take care of that cut and make it all better.  OK?”

The girl looked back at me.  I could see she was trying to be brave.  “OK.”

“I like your pretty shirt.  Do you have any pets at home?”

Brooke talked to the girl, while I got set up.

The girl melded me with her brown eyes.  She nodded her head.

I was already halfway around the wound.

I injected the last corner of the wound, and … it was over.  Never once did the girl cry or resist in any way.  “What a brave girl!” Brooke exclaimed.

Brooke turned toward bed 17 and said again in a loud voice.  “What a brave girl!”

“What are you doing?” I asked.

Brooke gave me a crooked smile.

Brooke let out a sigh.  Reluctantly, she put the second lollipop and sticker down on the counter.  She sighed again and headed over to bed 17.

Christopher Stookey is an emergency physician.

Innovation in health care: Too much, too little, or just right?

4 things on the horizon in childhood cancer 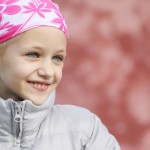