At the start of my medical school’s clinical rotations, I was prepared with new scrubs, minute facts about diabetes and kidney disease, and a stethoscope that I struggled to hear murmurs with. What I was less prepared for was the emotional toll that seeing patients would exact.

I began on my obstetrics and gynecology rotation, one known mostly for happy events with the delivery of newborn babies. Yet this was the rotation where my first death of clerkships happened with a baby born prematurely at 22 weeks. I didn’t know the mother or the family well, just that they had hoped the baby would survive a few weeks longer so that his lungs would be mature enough to ensure a greater chance of survival.

I moved on, and a week later in the gynecology service, I learned one of the patients we were following had required resuscitative efforts and passed away. I scratched her name off my list. I’d never met her. The other medical student had been assisting with her care. I asked him if he was OK, and he said he was.

We moved on. During my neurology clerkship, I was in the emergency department when a patient with an acute bleed in his brain was wheeled in. I raced to the pharmacy to retrieve a medication that would help slow the bleeding enough for a surgery to be performed. Ten minutes after getting it and returning, the family had decided the surgery was not what the patient would have wanted. He passed away.

I moved on. During my surgery rotation, a major blood vessel leaving a teenage patient’s heart ruptured. Despite a significant amount of blood transfusions and effort to fix the vessel, it was irreparable. He bled out.

I moved on. During my internal medicine rotation, I met a patient with a failing heart who was unlikely to get a transplant. He started off cracking jokes and smiling. As the days wore on and his heart started to further fail, the cardiologist informed him he likely had six to twelve months left to live. The smiles and jokes evaporated. He was about to become a grandfather. He had a son that relied on him. He coached a softball team. I had learned his backstory, his hopes, and the vision he had of his future. That future was now reduced to 6 to 12 months.

In medicine, it is common to see and hear about death. It becomes a kind of white noise. My clinical year has been riddled with it. Every time one happened, there was a culture of moving on and pushing past it. There’s always another patient to see, another task to complete, and another disease to study. By doing this, I’ve done myself and my patients a disservice. Each death is different, just like how each life is different. Taking the time to grieve rather than move on is just as valuable as meeting a new patient or attending a lecture.

Casey Krickus is a medical student.

A voice from the lower decks of health care 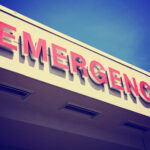 A mother's advice to her physician son