I’ve worked at a few VA medical centers, including four years at the Phoenix VA. I’d like to report something missed in the media storm. Before spilling secrets, though, I’ll dispense with the non-secrets. Everyone who has entered a VA hospital knows:

1. The system is overwhelmed. While we might have planned for the increasing needs of aging Vietnam-era vets, I doubt anyone predicted two long wars or the number of young vets who would suffer blast injuries and post-traumatic stress.

2. Getting care at a VA can be unnecessarily frustrating. Starting with finding a parking space and ending with making sense of your printed discharge instructions.

3. Working at a VA can be unnecessarily frustrating. Starting with parking and ending when your privileges are revoked because nobody in admin told you your ACLS card expired.

When the story broke at the Phoenix VAMC, I was embarrassed. If not criminal activity, the investigation would definitely reveal confusion, complacency, and probably deception — in more than one place. Our veterans deserve better.

Accordingly, I planned a bandwagon-jumping blog piece about the broken system and culture. Media and Inspectors General were maximizing national interest in veterans health care, and I’d been cataloging complaints in my head (and in unsent Outlook emails) for years. Finally a conversation was happening, and I could be a part of it. Conversation and an angry John McCain would catalyze a much-needed overhaul.

Then I looked into the actual performance of this broken system. I’d presumed my frustrations and those of my patients correlated with poor care delivery. But here are two secrets I learned which aren’t making headlines:

1. Veterans health care is good. Look it up. The data is thin but I can’t find anything suggesting outcomes or process measures are worse at the VA. Quoting from the 2004 RAND Corporation study (abstract here):

… the VA patients received significantly better care for depression, diabetes, hyperlipidemia, and hypertension. The VA also performed consistently better across the spectrum of care, including screening, diagnosis, treatment, and follow-up. The only exception to the pattern of better care in VA facilities was care for acute conditions, for which the two samples were similar.

2. Veterans care is also inexpensive. Check out the Congressional Budget Office’s 2007 report. It notes that comparisons were challenging, given a lack of industry-wide standard measures.

(More studies here and here. I’m sympathetic if recent events cast doubt on the data sets. In fact, the CBO reports that appointment wait times were reported inaccurately and shouldn’t be relied upon. I’d like to invite my favorite data analyst, Skeptical Scalpel, to weigh in. Also, I’m curious who has additional or contrasting data.)

How can I confirm the inefficiencies and bad experiences and claim VA care is better and cheaper than the private sector? Because neither efficiency nor anecdote address cost-effectiveness. The VA is inefficient, yet cost effective. That is, the goals (blood pressure control, screening exams, etc.) are achieved at a lower cost in a system designed to monitor goals and reduce costs.

The private sector, by contrast, has no overall design and is neither efficient nor cost-effective. The private sector is definitely more efficient in certain areas, such as managing operating suites, but not in the totality of patient care. Integrated systems (like the VA, Kaiser, Mayo) hold substantial advantages for doc and patient over the loosely-connected, variably-accessible array of services most Americans must negotiate. It’s hard for me to follow my private sector doctor’s orders, for example, if I’m sent one place for blood draws, to another for an x-ray, to another for a specialist, and to another for prescriptions. The logistics are a huge deterrent – especially if I’m battling my insurance carrier over each item.

Consider too, that the private sector lab, x-ray center, pharmacy, etc. are all on different record systems — and my doctor has access to none of them. They will use 1970′s technology (fax) to communicate my results. When I worked in a private clinic, we hired a person to spend the whole day chasing down faxes, x-rays, and such, because we had no integrated electronic record. The VA had the first electronic record and arguably still has the best. It’s a huge cost savings.

Cost effectiveness can’t easily be tracked or managed in the private sector – outcomes aren’t measured, data isn’t shared, and nobody (or everybody) is in charge of quality. Last decade, orthopedic surgeons across America implanted thousands of defective prosthetic hips then scratched their heads over their bad outcomes, unaware of the results of their colleagues. Meanwhile, Swedish surgeons in an integrated health system stopped implanting the defective hip after 30 cases – their national outcomes registry had revealed the implant problem.

The financial incentives of private health care can be wildly misaligned with cost-effective care. Check out this story about ophthalmologists boosting their incomes by using a $1000 drug instead of an effective $50 alternative. Instead of better care, the whole fee-for-service model of private care incentivizes more care. More procedures, more lab studies, more revenue. Here’s an example of a trend in dermatology to perform more biopsies because the dermatologists earn income from the pathology service.

I’ve seen suggestions we simply turn over VA care to the private sector. But paying private sector docs to cover overloads is something the VA already does, routinely, at much greater cost over baseline — without evidence of better outcomes.

The VA needs work. It’s inefficient, there is a culture problem, and the recent revelations are shameful. We need to improve access and care to the huge numbers of new veterans joining the system. But, let’s not lose sight of the VA’s success in delivering measurable quality care at low cost. Nor should we presume the private sector is better, without evidence of such.

Chris Porter is a general surgeon and founder of OnSurg.com.  He blogs at On Surgery, etc. 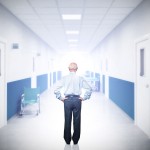 Why does no one care about distracted doctoring? 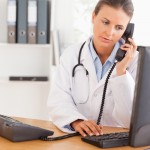 Secrets of the VA that aren’t being reported
7 comments