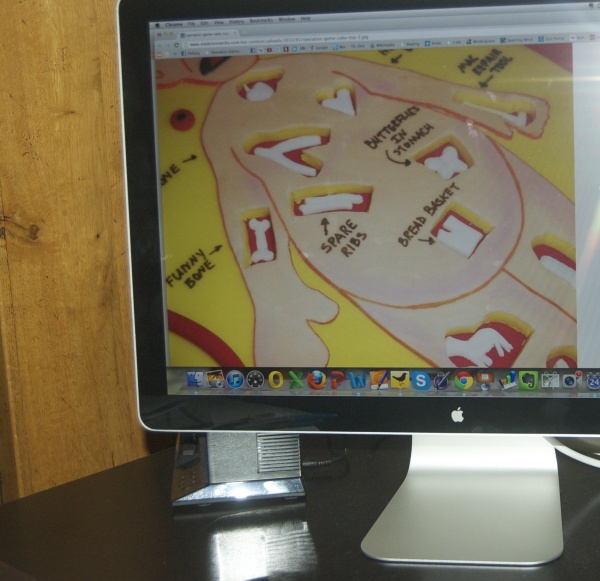 Am I safe surgeon, or merely a board certified one?

I usually spend Tuesdays fixing elective hernias. But the other day I was asked to clear a c-spine, handle an unexpected gynecologic finding, manage a pediatric trauma, resuscitate a septic ICU patient, and opine on a neck dissection. No, I wasn’t in Africa or 1985; I was sitting in front of a computer monitor.

I took my American Board re-cert recently. The application and test were expensive and inconvenient enough that I thought hard whether certification was meaningful.

I’m glad I took the test. Preparing for it, I brushed up Ringer’s versus saline, plus I learned cool ICU drugs invented since my residency. After the exam I looked up questions I’d puzzled over, including stuff not relevant to my practice. Why? In case I’d failed and got the same question on a future test. And because all surgeons are just supposed to know these things – useful or not.

The re-cert also re-inspired me to re-engage my professional community after a cross-country move and job change. I hereby re-pledge to keep current in evidence-based surgery and attend grand rounds whenever awake.

My exam took place in an immaculate proctoring center better designed for producing video pranks than safe doctors, electricians, and GMAT-icians. As I entered the reception area, a Simon says game was in progress. Ten people were frozen in space clutching venti lattes, locker keys, cell phones, and laminated cards. Some were jockeying for chairs. A GMAT taker under interrogation stood at a locker.

Sir, did you put something in that locker?

Um, yes. Car keys and cell phone. And a banana. His face spelled the dread of lost career opportunities and a fantasy of becoming CEO of the proctoring company in order to fire current staff.

Sir, you haven’t been instructed to open the locker yet. Remove your personal items and bring them here.

The man returned to the desk, raised hands and banana trembling. I might be confusing this part with a movie I saw later, but I believe the test proctors then covered the GMAT-banana-man’s face with a towel and poured his latte over it.

I followed the locker instructions to the tee and sailed through prelim identification. Experiencing no hang-ups in ID re-verification in the video monitoring anteroom, I was now ready for my bubble test or boarding a flight to Israel. For four hours, I sat and moused multiple choice like an arcade all-star. I felt like Jeff Bridges in Tron. The video recording of my performance was not for sale, I was disappointed to learn. The footage would have made a fine flat-screen conversation piece to accompany my framed diplomas.

Just before the jackhammering began, I high-fived myself for diagnosing Hirschprung’s even though I’m unlikely to ever operate on an infant again. Then, I realized such questions serve as a buffer – allowing me to miss more important questions. Theoretically, I could miss every question relevant to my practice yet pass the American Board of Surgery exam by correctly answering the easy questions plus the irrelevant ones. This thought was interrupted by Richter 9.1 seismic shuffle from the floor below, for which we were offered earplugs. No thanks, I re-assured the proctor, I operate right next to ortho.

National certification of surgeons is a process I favor, if marginally. But the paperwork overlap with other credentialing/licensing processes amounts to an administrative supernuisance. Throw in a college fellowship and you can wallpaper the surgical ward with your documentation redundancies. Thinking fiscally, note you’re paying thousands for your photocopied bona fides to be reviewed and filed in a minimum of five separate places.

A safe surgeon does the right operation on the right patient at the right time – and properly manages patients before, after, or without surgery. Consider a few overlapping factors that go into that tidy standard: knowledge base, work ethic, communication skills, mood, equipment, biases, dexterity, fatigue, technical training, motivation, judgment, habits picked up in residency, support staff, experience, and more. Few of these things are measured by certifying bodies, or even measurable. Instead we use such global proxies as letters of reference and a record clean of license surrender. Educators are only beginning to entertain competency-based advancement in surgical residency training.

[Would it surprise my patients that my ability to remove a gallbladder was never formally assessed? Probably. But for all its flaws, our apprenticeship system of residency training worked pretty well. And I state this with absolutely no standard for comparison.]

I’ve thought a lot about what led to my worst error and what may have prevented it.

Surgeons cut the wrong thing once in a while. Sometimes we even expect to do so. In an abdomen full of scar from prior operations for example, cutting small bowel during an exploration is par for the course; such enterotomies are typically sewn closed without consequence.

But, occasionally, we cut something of consequence.

On a typical day years into practice, I was performing a common general surgery case. The Gland of Interest was scarred and irregularly shaped, but I’d seen several like this before. I continued dissecting the Intended Tendon, then cut it as planned. Shortly after, I realized I hadn’t cut the Intended Tendon, but instead had cut the Tendon of Consequence. I was dumbstruck. I summoned a partner to the room to peek and confirm. With the patient still under anesthesia, I also called a regional expert for an opinion on management. The fix was complex, and the patient may have long-term consequences.

My error did not result from a knowledge gap, lack of dexterity, or equipment issue. Mine was a technical error. Despite success in the two hundred similar cases preceding this one, my technique was flawed for this particular case. More specifically, I erred cognitively (misidentifying the Tendon) then erred in judgment (deciding to proceed as usual, despite findings that weren’t entirely usual).

The re-cert exam didn’t ask me to identify any structures or to incise on dotted line line A, B, C, or D (all the above). Much less was there any live cutting under evaluation, though I will suggest this to the board. Technique was addressed only in the broadest sense: enucleation versus resection of such-and-such tumor. It’s more of a test of fund of knowledge and patient management, not surgical technique.

Granted, it’s hard to make a meaningful multiple-choice bubble test for technical procedures, or any performance task. The NBA and the Boston Symphony Orchestra should be grateful their governing bodies don’t make them sit for best answer queries on how to drive to the hole or coax a tender vibrato.

Technical errors surely contribute to bad outcomes much less than wrong operation, wrong patient, wrong time. (The exemplum gratis trifecta would be performing an outdated procedure on a patient who is too frail, and doing so a day late when infection is overwhelming.) And patients who get operations they don’t need can have good outcomes.

The safety of the surgeon force depends very little on credentialators/certificators, in my opinion. Far more important is our training. After that, a surgeon is free to wander under the radar in many directions. We all know a scary board-certified surgeon who enjoys a good reputation among patients – I may be one, for all I know. We all know a surgeon laser-robot-keyholing to fame in the dusk of fee-for-service or standing firm against laparoscopic anything. These are the exceptions not the rule, I believe.

For me, outside regulators are far less influential than our cult of professionalism. Hospital peers, society meetings, current literature, and morbidity/mortality conferences keep me heading in the right direction. Or in the general direction of the herd, at least.

Am I a safer surgeon than I was two months ago, having learned enough to pass the board exam? Yes – I am 1% safer than before. Am I better than a surgeon who didn’t pass? Hard to say. Passing surgeons, as a group, may be safer than non-passing surgeons, but I suspect the overlap is tremendous. Policing surgeons is a tough task. I wouldn’t want it.

Chris Porter is a general surgeon and founder of OnSurg.com.  He blogs at On Surgery, etc.

When should drivers retire from driving?

Is a board certified surgeon a safer one?
1 comments