Recently, a nurse practitioner responded to one of my op-eds in which I discussed the doctor-patient relationship. The nurse said:

I feel so frustrated at times, by the time constraints forced on us by using a business model of practice. In the 30-plus years I’ve been a nurse, we have moved from patient-centered care (which is the current inaccurate buzzword for the type of care we provide) to income-generated care.

How many patients can we shove into an hour to bill insurance to maximize our bottom line? I’m looking at retiring early because I feel I can no longer give the quality nursing care I was trained to provide. I’m now told I don’t work hard enough or fast enough to move people through. We no longer have the benefit of learning about and with our patients to provide care of the whole person. When I started nursing many years ago, the aspect that was drilled into us nursing students was dealing with the physiological and psychosocial aspect of the patient. For a patient to heal, the entire person needed to be addressed not just one area.

I’ve seen this sentiment expressed many times by physicians and advanced practice providers who appear to long for a time when the biopsychosocial model was in vogue. This model was first conceptualized by George Engel, MD, in 1977, suggesting that to understand a person’s medical condition it is not simply the biological factors that must be considered, but also the psychological and social factors. The value of Engel’s heuristic approach to treatment became apparent when it was realized that social determinants of health account for approximately half of all health outcomes.

The following list was compiled by the World Health Organization and provides examples of the social determinants of health, which can influence health outcomes (and equity) in positive and negative ways:

It seems to me, however, that the concept of whole-person treatment has waned since the turn of the century. We’re more accustomed to practicing medicine in line with the biomedical model that dominated practice prior to Engel’s seminal paper. I believe we are ignoring the psychological and social substrates of health care, and in doing so we fail to truly understand our patients’ concerns, including their needs and desires. I wonder whether such neglect can partially explain the low rankings on key health indicators that have continued to fall as U.S. medical expenditures have skyrocketed, far outstripping those of healthier nations?

Granted, grappling with psychosocial issues is far more complex and time-consuming than Engel ever imagined. But some of that is our own making. It’s virtually impossible to assess non-biological dimensions of health when medical offices today are run like assembly lines and patient visits are held for 15 minutes. In Engel’s era, most physicians were practicing independently and were spared productivity quotients. They were untethered to computer prompts and automated reminders. Fifty years ago, doctors made notations in their patients’ charts to ask about important milestones – job promotions, graduations and anniversaries (marriage, sobriety, etc.). When was the last time your EMR system delivered this type of feedback?

The introduction of EMRs has resulted in as much harm as good: computers may cause “alert fatigue,” with negative clinical consequences. When important social history is entered electronically, it often remains static, quickly becoming outdated. To add insult to injury, about 50 percent of the medical record is copied and pasted, making it difficult to find and verify information in day-to-day clinical work. Duplicated text in EMRs, so-called “note bloat,” also leads to wasted clinician time, medical error, and burnout.

Physicians practicing in the 1970s were free thinkers and private investigators, guided by a deep understanding of their patients’ social habits and milieu. Histories often referred to patients by their occupation (“Mrs. Jones is a 53-year-old school teacher…”) rather than by gender pronoun. From the perspective of the patient, access to physicians improved during the 1970s. On average, a patient in 1971 had to wait only 5.6 days for a primary care appointment, and the average visit lasted 22 minutes.

Recently I was seen in the emergency department of my local hospital for treatment of what turned out to be symptoms of influenza A and lobar pneumonia. I was told to follow up with my PCP to ensure the pneumonia had resolved. The earliest appointment I could schedule through the patient portal was 16 days, despite indicating “sick visit” as opposed to “routine visit.” A call to my PCP’s office put me in touch with his medical assistant. The best she could do was add me to a waiting list.

My PCP is a very good doctor, although paraphrasing Senator Lloyd Bentsen, “he’s no Marcus Welby.” And maybe that’s the problem. I’m old school. I’m stuck in the 1970s – me, my music and my medical expectations. I attended medical school in the 1970s. The hit television show Marcus Welby, MD was spawned in the 1970s. Dr. Welby was a family medicine physician with a kind bedside manner who made house calls and was personally involved with all his patients and their extended family members and support systems, or at least he made it his mission to become involved. Welby was so devoted to his patients you would have sworn he had a caseload of one per day.

When the television series ended in 1976, Robert Young, the iconic actor who played Marcus Welby, quipped, “I knew that it was time to quit when I started taking time off to play golf!” His tongue-in-cheek remark portended a prime concern shared by modern-day physicians about their specialties – which one affords the greatest work-life balance? However, work ethic was never questioned in medical dramas that aired a half-century ago — not only Marcus Welby, MD, but also Ben Casey and Medical Center. While the new breed of medical TV shows, beginning with St. Elsewhere in 1982, portrayed gritty, realistic medical scenarios, they were better known for their ensemble casts and overlapping serialized storylines focusing more on the lives of doctors than the plight of patients.

I guess I’m just a hopeless traditionalist and unable to reconcile the demise of the biopsychosocial model and the physicians — fictional or not — who embodied its principles. Sure, I can pay a hefty yearly fee for concierge medicine and maybe enjoy a less rushed, more personalized experience with someone who knows and understands me better than my current PCP.

Yet, with or without time and productivity constraints imposed by health systems on their employee physicians, most doctors appear to be stuck in the biomedical model Engel sought to transform. My hope is that medical educators will re-instill in young trainees Engel’s thesis that “the physician’s basic professional knowledge and skills must span the social, psychological, and biological, for [their] decisions and actions on the patient’s behalf involve all three.” 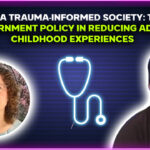 Doctors struggle with unrealistic expectations and lack of self-care, leading to a lack of mercy towards colleagues

The decline of whole-person treatment in modern medicine
7 comments