I was standing behind my trolley in our local supermarket when, in my wallet, I came across that drawing of a human heart. In the miniature pen-and-ink composition, the heart is suspended between two birds’ wings.

Memory is a slippery thing, but I recall the 20-something artist as tall and rangy. At that opioid vigil, he sat behind the exhibit table, dressed in a gray hoodie and faded jeans. As well as his giveaway art cards, he had illustrated the event’s program booklets.

For this writing, let’s call our artist Tom.

Back then, I worked as a communications director for the behavioral health department of a large health system. In our department, and unlike the acute-care member hospitals, most of our patients and families were publicly insured.

We had collaborated with a sister organization to organize that 2012 event for opioid-bereaved families. At this and similar public events, it was my job to do the meet-and-greets and take staff photos for the newsletter and, when needed, safeguard our patients’ privacy.

The Friday night vigil was planned for the hospital lawn. But when the lunchtime weather forecasters predicted an afternoon rainstorm, my colleagues and I hustled the sound system and the exhibit tables and the votive candles into a nearby hospital room.

Across the scrubby lawn from that hospital building sat a men’s residential addiction-treatment facility — a halfway house — where Tom lived and did his artwork. For years, he told me, he’d been too busy scoring and using heroin to create anything. But now, following a stint in detox (acute care) and his current step-down placement, giddy with new-found wellness and hope, he had unpacked his art supplies and was back at it.

On the card’s reverse side, in exquisite calligraphy, he had inscribed three blessings:

May you be free of suffering.

May you be free of loneliness.

May you find peace within.

That night, every vigil attendee — including all those visiting parents and families who avoided each other’s eyes — went home with a drawing and those blessings from a young man who could have been the poster boy for the efficacy of good, compassionate treatment.

Two weeks before that supermarket afternoon when I found Tom’s picture, I had quit my communications job. When I quit, a friend had asked if it had all become too grim for me.
It hadn’t.

Mainly, I quit because our American health care system is as prone to financially-driven mergers and shake-ups as any other industry — like, say, banking or commercial airlines. With each change, I retained my job and paycheck. But each administrative shift left me feeling less useful and less valued.

The best part of my (now ex-) job was when I got to leave my office to visit a clinic or treatment program. There, after a comprehensive primer on informed consent, I got to interview one of our current or ex-patients. After some gentle digging, many, like Tom, would come out as artists or writers.

As I sat there with my notebook, I felt both lucky and inadequate. I mean, there I was, a two-time English major with zero clinical training or expertise. So in the face of all this human pain, in the face of our national opioid epidemic, what use was I? Equally, I knew that, in our fee-for-service world, none of my clinical colleagues had the luxury to sit there for that long, to deliver nothing billable.

However, I believe, fiercely, in the value of stories. They are the voice behind the national statistics, the complex brain science and the human wreckage of substance use disorders. Also, even within health care itself, there is often that belief that addicts are habitually on the take — including the costs to triage, treat and rehabilitate. So our patients’ stories are a reminder of all that they have to give us.

Our patients often started with the 12-step recitation (“Hi, I’m Sally, and I’m a heroin addict.”), followed by a bullet-pointed timeline of their addiction story. In time, I grew more confident and skillful at nudging them past that practiced spiel to sit there and chat — about their pets, their passions, fears and joys and future plans — about all the things that make us more than our diagnoses or conditions.

I heard recurring traits and triggers. Often, the addiction story began in the teenage years, in a family where one child had felt like the odd-ball, the sibling who never quite fit or upheld the family brand or the family’s public or collective persona. And I can tell you this: In 16 years, in a disproportionate number of cases, our patients’ addiction stories began during or directly after a parental divorce.

Children are more resilient than we think. We tell ourselves this. We want to believe this. But from where I sat, from what I heard, parental divorce — even when it had happened decades ago — is that psychic wound that, for some of us, just doesn’t heal.

On that 2012 vigil night, shame on me, I never asked Tom what his heart-and-wings drawing actually meant. Or in that busy, echoey hospital room, maybe I just didn’t want to hear that portion of his story. So I congratulated him on his recovery, wished him well and moved on.
About two months later, I learned that Tom had completed his treatment, and then, post-discharge, had died from an opioid overdose.

Afterward, whenever I came across his drawing in my wallet, I glanced at it but then, I hastily stuffed it out of sight. I was furious at him. No, not at him, but at the happenstance, the dice-roll in which some of us get to live long lives, while others don’t make it very far past our own childhood. Also, since vigil night, in the six-plus years since, the world seems to have grown more fractious and broken and heartbroken. We seem to live in an America where addiction and its death toll are just one of our public health or national crises.

Finally, I was miffed at how some of us get to leave a posthumous legacy or effigy, while others bequeath little more than a tiny black-and-white drawing of a heart floating between two birds’ wings and a trio of blessings that an unemployed woman stands reading in a supermarket.

Aine M. Greaney is a writer and can be reached at her self-titled site, Aine Greaney.

3 ways your emotional armor is ruining your medical career 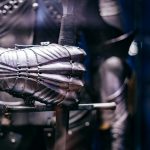 It's time to acknowledge the developmental behavioral pediatric workforce 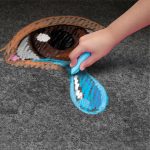