Employers need lawyers. This doesn’t just apply in medicine — it’s true everywhere. For a recent high-profile example, let’s consider Twitter. If massive layoffs had been made without adequate notice as required by California law, they could be on the hook for millions of dollars in damages.

However, medicine likes to consider itself as different from other businesses. It’s a nice idea, this fantasy of the country doctor who delivers babies in farmhouses and accepts payment in chickens. But the modern medical-industrial complex has rendered this completely obsolete in the U.S.

Many clinics are run by clinicians. While there is a great deal of merit to this, as it maintains administration at least nominally in touch with the experiences of the providers who create the monetary value of the business, it has pitfalls.

How confident are you that your administrators are in compliance with all local and national laws?

Are you in an at-will employment state? I am.

I had something called an “employment agreement” rather than a contract — is that actually a meaningful distinction? How strictly do my employers and I need to adhere to a contract? What are the legal ramifications of verbal agreements?

The thing about the law is that it’s complicated. Attorneys spend years of their lives studying law — three years for law school as opposed to four for med school.

There are people out there who have both MDs and JDs, but they are few and far between and, I would argue, possibly bananas.

Law is a profession. It is a specialty. It is not something the average layperson is going to be able to understand with some googling.

You would think doctors would understand the importance of seeing a professional. Still, too many don’t, apparently laboring under the delusion that being smart enough to be a doctor somehow bestows upon them an innate grasp of labor law. (We see similar issues with doctors attempting to repair their own plumbing.)

Employing anyone raises a host of questions that only an attorney is equipped to answer fully.

There is a tendency in medicine to discuss workplaces in their most altruistic and benevolent terms. But the fact remains that medicine in the U.S. is, much to my chagrin, a business.

We have to consider who will pay for every element of the business’s operations. Contracts have to be in place with many insurance companies. Any time a contract is signed, an attorney should review it because contract law is a wildly complicated specialty that involves huge amounts of non-intuitive reasoning. For instance, an “employment agreement” is functionally a contract. A contract isn’t some special document that says “contract” at the top in big letters — it is, legally, an agreement into which two or more parties enter. That’s it.

Contracts can be written, or they can be verbal. Your workplace may have many more contracts than they even recognize they have, any of which could present legal liability. Contracts can be written in ways that render them unenforceable. For instance, a contract that specifies one party is to provide an illegal service is not enforceable, which is why drug dealers don’t bother with them.

I’m biased. I’m married to a lawyer. I have spent the better part of the last 15 years listening to, and being baffled by, discussions of law. What this has taught me is that I don’t understand law. And if I don’t, despite my intelligence and prolonged second-hand exposure to it, I can guarantee that clinical administrators don’t, either.

This is why it is so important for clinical administrators to have an attorney they can and do talk to. An attorney who specializes in medicolegal issues because medicine presents unique challenges, and any clinic with more than three doctors is essentially guaranteed a malpractice suit at some point. Law, like medicine, has an unfathomable myriad of subspecialties.

I often tell people, “Run it by a lawyer,” and I don’t do that to drum up business for my husband. (He’s a public defender; he has, at all times, more than enough business.) I do that for the same reason I tell people to take their medical questions to their own doctor — because the advice of a professional needs to be precise and specific, and the professional needs all of the background information to make an informed expert recommendation.

Value law the same way you value medicine, or you may find yourself in hot water, like Elon Musk, who appears to be boiling.

Kristin Puhl is a family physician and can be reached on Twitter @kristinpuhl.

Is it really a woke nightmare for medical schools?

A job behind bars 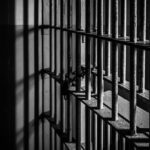 Don’t be like Elon Musk. Get a lawyer for your clinic.
1 comments