From the halls of ancient Greece to the heights of television screens, the myth that the physician is more god than mortal has stood the test of time. As such, we are held to moral and superhuman standards no matter how tough things get. And thanks to our friend Hippocrates, we are oath-bound in our virtues to help anyone in need; while putting OUR personal needs aside, of course. Many of us have felt that visceral rush of piety coursing through our veins after a brutal night of call when you stayed at Mr. Johnson’s bedside five more minutes than you had to. “A golf clap for you,” I say. How could we not get an inflated ego knowing if it weren’t for the chemical properties of water, we could walk on it.

Is this good? I’ll complicate the answer with a question. In what other careers are we bound by oath in some kind of pseudo-religion that is older than Christianity? The police? Policemen take an oath. Maybe lawyers do too, but those two have historically been privileged to immunities that doctors don’t quite share. And who stands to benefit from a Spartan unit of medical soldiers that are oath-bound to care for patients under any circumstance? Politicians? Drug companies? The Media? Can they not change our circumstances to benefit themselves? Certainly, they can. Because we will take care of patients no matter what. We took an oath, remember? But what if the circumstances they create are injurious to our patients? Now, don’t get me wrong, I whole-heartedly agree that most of the tenets of the Hippocratic oath are admirable, aspiring, and applicable in helping doctors not lose sight of their roles, but Hippocrates’ world was much different than the modern doctor’s. Hippocrates found his idyllic logos, or meaning, in medicine. Despite making invaluable contributions, his camp of medicine was much more focused on patient care and prognosis than diagnosis. Did Hippocrates put the chariot before the horse? Perhaps. But his stoic peers might add that we cannot control what happens to us. We can only control how we react to it.

Hippocrates was essentially a rural-medicine doctor on an island of roughly 40,000 inhabitants. He believed in the four humors. In modern medicine, we are now down to one humor, and it’s mostly dark and sarcastic. Though small scale and governed only by his morals, at least his art was pure and patient-centric.

Nowadays, we couldn’t be further from the mark. Threatened with ever-growing patient censuses, government regulations, and laws generated by megalithic pharma and health insurance companies, we are facing immense pressures. Now more than ever, like animals, we are being more driven by fear than purpose. Our logos is sick.

A long-time friend of mine just recently told me about his grandmother, who entered a hospital with a broken thumb and left with a urinary tract infection, a torn rotator cuff, a kidney cyst, and a broken thumb. He was frustrated that it took them twelve hours to address the problem for which she sought treatment. He asked how this happened? I laughed. “It’s fear-based medicine, man. This is the way things are now. I can sure as hell tell you that the docs treating your grandmother did things mostly out of fear of being sued. Lemme guess, she went in there saying her thumb was broken? They then took a detailed history and a comprehensive review of systems, as mandated by their hospital’s billing department, and ordered an all-out assault of lab work and tests because she might have answered ‘Yes’ to one of their trip-wired questions?”

Physicians are now in a disconcerting paradox. Our profession, sold to us in medical school as a calling abundant with meaning, is devolving into a state of fight or flight. Flee from the lawyers, fight with the administrators, flee from blame. If medicine is a wooden scaffold, our faithless overlords these days seem more concerned with the nail sticking up than the one holding the whole damned thing together.

Acclaimed author, psychiatrist, and Holocaust survivor, Viktor Frankl, knew all too well about being the loose nail. It is well described in his ground-breaking work Man’s Search For Meaning. From his heart-wrenching retelling of life in the concentration camps, he made it very clear that being neither seen nor heard often meant evading torture or death. At least for a time, anyway. But central to his life’s work, for man to thrive, he must have meaning. He relates that those who overcame the pitiful odds of surviving concentration camps did so by not losing sight of what gave their lives meaning, e.g., a loved one, a divine power, or a hopeful future. We’ve all probably had at least one patient that seemed ok on paper after a major medical event that later tanked after they mentally and spiritually threw in the towel. Nietzche said it best: “He who has a why to live for can bear almost anyhow how.”

Has medicine lost its why? It is paramount that we acknowledge our why before we tackle the how. Furthermore, if we cannot work in parallel with our why, how can we help patients achieve theirs? As doctor Harvey Cushing put it, “A physician is obligated to consider more than a diseased organ, more than even the whole man-he must view the man in his world.” Do we continue peddling the myth of our greatness by speaking the cloak-and-dagger language of obscure syndromes and medications? Why not? It makes us look educated. Yet, stroking our egos does nothing more than put a tree so big between us and our patients that they no longer see the forest.

Viktor Frankl taught us how to live when faced with death. He also challenges us to live life as if we had a shot at living it one more time. Medicine is overdue for a second life. But before we forge onward, let us confirm our why. We owe it not only to our patients but to ourselves.

Bevan Choate is a urologist and author of The Stroke Artist.

It's called crying and it's normal 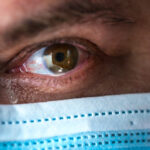 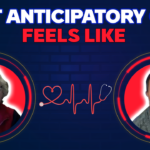 Has medicine lost its why?
2 comments