In response to a medication administration error that led to the death of a 75-year-old patient, RaDonda Vaught, a registered nurse working in Tennessee, was recently found guilty of criminally negligent homicide and gross negligence of an impaired adult.

As a result, she was sentenced to three years of probation with the promise that her criminal record would be expunged if she successfully completes the sentence.

Months after this sentencing, the world of nursing is still reeling from these charges, with the American Nurses Association offering a webinar on the topic since many nurses are afraid that mistakes can result in prosecution or even imprisonment.

After reviewing the case and watching the six-hour Tennessee State Board of Nursing hearing, it seems clear nurse error was not the sole factor leading to the tragic death of patient Charlene Murphey. Recognizing this is key to ensuring the safety of future patients. The cause of the error was not just an individual’s negligence but the lack of safety checks that can lead to human errors. Human mistakes are common, with an estimated quarter million medical errors annually.

Vaught did not follow the standard of care for nurses, which is a manual check of the five rights of medication administration. She failed to check the vial of medication labeled “paralytic agent” and mistook vecuronium with midazolam, a sedative meant to reduce anxiety, prescribed for Mrs. Murphey so that she could lay still in a PET scanner.

Here, the first human error is evident: Mrs. Murphey had been sent to the scan without being monitored since the ordering physician discontinued the monitoring orders.

The administration of a sedative during a procedure requires a nurse to be continually present and assess the patient’s response to the medication, including their vital signs.

According to testimony, both the primary nurse and Vaught, who was assigned as the “help all” nurse, noticed the absence of a monitoring order. But neither insisted on questioning the doctor or monitoring the patient, which would have been within their scope of practice.

This aspect of the case was not discussed during the hearing but merits further attention, as nurses provide a critical safety check for doctors, who are often overworked and, like everyone, prone to lapses.

These were the second and third human errors.

The following safety check designed to help prevent human error is through the hospital’s automated medication dispensing cabinet. Multiple nurses testified that the automated dispensing system was being overhauled and switched from one system to another.

Due to delays, the staff had been instructed by hospital administrators to use the override feature to circumvent interruptions during the system upgrade. During testimony, she and other nurses admitted that frequent overrides led them to become “complacent” about them. In fact, during the three days Mrs. Murphey was in the hospital, twenty different medications were dispensed via the override function. Instead of overriding error messages, the new system’s rollout may have been phased in or temporarily reverted to a manual system.

Hand-held electronic scanners scan barcodes on medications and check them against a barcode imprinted on the patient’s wristband. This identifies if the wrong medication or the wrong patient, but they were not in use in the radiology and PET scan areas, failing to alert Vaught to the wrong medication.

Why weren’t scanners used in this department?

It would be easy to dismiss the Vaught case as an anomaly, an example of a “swiss cheese model” of medical errors, meaning multiple errors perfectly align to cause a devastating patient outcome.

But doing that would be a mistake, neglecting the larger picture of a looming problem at hospitals which, if not addressed, may lead to many more reported and unreported medication errors and lapses in patient safety.

Before the pandemic, the nursing profession faced extraordinary challenges, including an estimated annual shortage of nearly 200,000 nurses needed to handle the United States’ current medical needs. The COVID-19 pandemic has caused an already stressed workforce to be strained to the breaking point with widespread burnout and record rates of attrition, with the shortage of nurses projected to reach 1.2 million by 2030.

Medical centers are rushing to train and install nurses to meet the demands of an aging and sicker population. Taking care of patients with increasingly complex illnesses has led to what the Nurse Advisory Board has called an experience-complexity gap. This means it’s much harder to acquire the skills necessary for basic competence. But it is a real problem, reflected by the fact that 35  to 60 percent of nurses leave their first job within the first year of employment, many citing high levels of stress relating to an orientation process that left them feeling unprepared to care for patients.

Yes, RaDonda Vaught made a devastating error in judgment by not checking the label on the vial.

She is not the first caregiver to make this error, nor will she be the last.

As we move toward more reliance on technology to check us, these errors will become more and more common. Technology can aid in the prevention of medical errors, but if faulty and the nurse is using “workarounds” to compensate, these systems will be partly responsible for causing errors.

Nurses, approximately 90 percent of whom are women, are shouldering the consequences of widespread system failures and inventing “workarounds” to provide patient care.

Charging nurse Vaught with a crime may cause future errors to go unreported, so we may lose the opportunity to identify system failures and address them appropriately. Instead, the death of Mrs. Murphey should be a warning signal for hospitals onboarding new nurses to take the time to teach critical thinking and patient assessment, using technology as an aid — but not a replacement — for high-quality care and patient safety.

Carmen Presti is a nurse practitioner.

I went to Ukraine to help. Here's what you can do. 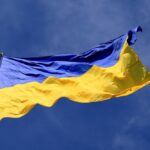 What hospitals can learn from the RaDonda Vaught case
1 comments