I went to Poland and Ukraine in April and May of 2022, hoping to support the Ukrainian people in their defense of their country and democracy itself.

Vladimir Putin had put the world in a vise.

“Let me do what I want, or you will risk nuclear war,” was the implication. We’ve seen this before, I thought. Putin is Mussolini, Hitler and Stalin all rolled into one, and he needs to be stopped. Before long, he will also take Georgia, Moldova, Poland and Lithuania. Then we are on track for World War III.

Democracy is threatened enough by division in many democratic nations, including Hungary, Britain, France, Brazil, and, sadly, the U.S. But it is democracy that sustains it, so the invasion of Ukraine needs to be stopped, and Ukraine defended.

So, I went to Poland and Ukraine in April and May to do primary care, working with an organization called Humanity First, at Medyka, at the border between Poland and Ukraine, where thousands crossed every day.

We practiced out of a tent on the walkway between the countries, as people who crossed the border walked to buses taking them to a nearby small city with trains to Warsaw, Krakow, Berlin, and many other places in Europe.

We saw people who had run out without their medications and wanted us to check their blood pressure and refill their meds, which we did from a hodgepodge of donated medications from all over the world. We saw people with coughs and sinus congestion, UTIs, back pain and headaches.

There are challenges, of course, in doing this work. The biggest challenge is translating for those of us who are not speakers of Ukrainian or Russian (which many Ukrainians speak, particularly those from the East. Although now they speak it reluctantly).

Some Ukrainians speak English, and most NGOs doing medical care and working with international medical volunteers provide translators. (We recruited a third-year Ukrainian medical student who was working at the border when I was there. She learned a little medicine, while I got a little better at Ukrainian because of her help. Finding an NGO that needs clinicians when you are free to go takes time and persistence. Though many NGOs are registered with the Ukrainian Ministry of Health, the links between those NGOs and the Ukrainian health care system aren’t always strong, so immunization supplies and referral processes are sometimes difficult to figure out.

But it’s not clear, at the moment, that NGOs or the Ukrainian Ministry of Health is looking for U.S. physicians to come.

But that doesn’t mean you can’t help in other ways.

There are lots of organizations:

Razom, Unicef, World Center Kitchen, Medecins Sans Frontieres, the International Medical Corps, the International Rescue Committee, HIAS, The International Committee of the Red Cross, and Save the Children are all NGOs providing medical care, food, and other needed supplies to the people of Ukraine. As of this writing, seven million have been pushed out of their homes and are refugees inside Ukraine itself. Donations of funds and material help, and much more will be needed as winter comes on and the nights grow cold again.

And you can speak about Ukraine and the courage of the Ukrainian people as you talk to colleagues and patients. The U.S. may be divided now, but we can speak as one supporting democracy in Ukraine.

When you speak as a clinician, you are a trusted voice helping to unite your community and keep that community focused on values we share, values that give the patient care we do meaning.

Michael Fine is a family physician.

What hospitals can learn from the RaDonda Vaught case

A pediatrician reflects after a difficult conversation [PODCAST] 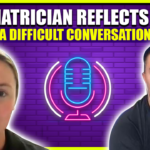