Nearly half a million individuals with opioid use disorders are hospitalized each year in the United States. While they are in the hospital, medical providers often treat complications of this disorder, such as bloodstream infections, but rarely directly address their addiction. That’s like pumping up a flat tire without ever looking for the nail that caused the problem.

Our national failure to treat opioid addiction in the hospital setting is costing lives and wasting valuable resources.

Hospitalization is a “reachable moment” for many people with opioid use disorders — they are in a safe space removed from environments that may promote drug use and, with an acute medical issue, they may be reflecting on the consequences of their addiction and open to solutions to help them enter recovery. We need to do a better job building systems and training health care professionals to adequately treat opioid use disorder in the hospital and to connect patients with ongoing outpatient treatment and support.

At the vast majority of the 6,000 acute care hospitals in the U.S., patients with opioid use disorder are typically offered little more than detoxification. In one large academic hospital, for example, fewer than 10 percent of patients with heart infections from intravenous drug use were provided access to drug treatment programs.

This approach isn’t effective. About 80 percent of people who use heroin who are provided only detox in the hospital will return to using the drug within a month of discharge. And up to 30 percent of hospitalized patients with a substance use disorder discharge themselves early against medical advice before completing critical medical treatment.

Patients who are offered medications to treat opioid use disorder do much better. Buprenorphine, an FDA-approved medication for opioid use disorder, reduces opioid withdrawal symptoms and decreases cravings. When started in the hospital, buprenorphine increases participation in outpatient treatment and reduces hospital readmission for opioid-related reasons. This prevents avoidable deaths and reduces the overall costs of care.

Unfortunately, buprenorphine is rarely used in the hospital setting. Prescribers describe lacking experience or formal education in treating addiction and using recovery-centered language. Many hospital-based clinicians and administrators feel that treating addiction is something that should be left to psychiatrists in the outpatient setting. While ensuring ongoing outpatient treatment is essential, ignoring this problem in the hospital is a missed opportunity to intervene.

Several institutions are working to remove these barriers. The California Bridge program and programs at Rush University, Oregon Health and Science University, University of Colorado Denver, Boston Medical Center, and Icahn School of Medicine at Mount Sinai are proof that treating opioid addiction in the hospital setting is an appropriate, necessary, and lifesaving practice.

Dell Seton Medical Center, where we work, is the only hospital in the state of Texas offering a formal program to treat opioid addiction during inpatient hospitalization. The B-Team, operated jointly by the medical center and Dell Medical School at The University of Texas at Austin, has worked with over 75 patients in less than six months, offering them the opportunity to begin medication-assisted therapy with buprenorphine. This team includes internists, psychiatrists, social workers, pharmacists, nurses, and chaplains.

It works like this: A patient with an existing opioid use disorder who is admitted to an inpatient medical floor for treatment of a medical condition is evaluated by the inpatient care team, which then consults the B-Team for assessment and treatment.

The B-Team has helped people like Stephanie McCurry, a 33-year-old Air Force veteran who had been addicted to heroin for about four years. She was admitted to Dell Seton with bacterial pneumonia and endocarditis, a heart and bloodstream infection that often results from intravenous drug use. In addition to being given antibiotics to treat the infections, she was seen by the B-Team and started on buprenorphine therapy. She says it was the only thing that has worked to keep her off heroin. “It just seems like nothing was working for me, as far as treatment, until when I got really sick and ended up at Dell Seton,” she said. “I started seeing a difference in the way I was thinking. It was like I was becoming myself again.”

As the nation continues to define meaningful strategies for dealing with the opioid crisis, we must engage inpatient hospital programs and offer hospitals a seat at the table in the national conversation. Hospitals treat patients with type 1 diabetes by providing them with insulin. Likewise, they should treat people with opioid use disorders with an effective and evidence-based medication.

Starting buprenorphine therapy during hospitalization saves lives and must become the standard of care at every U.S. hospital starting today.

Richard Bottner is a physician assistant. Christopher Moriates is a hospitalist. This article originally appeared in STAT News.

Words of wisdom to a residency's graduating class 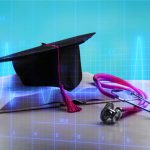 A physician shares her positive experience with social media 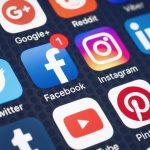 How hospitals can help with the opioid epidemic
1 comments