Mary first took oxycodone after a minor surgery and found she liked it. Returning to her surgeon a month later with vague ongoing pain, she received another prescription. Her primary care provider took over from there — until one day that physician checked a urine drug screen and a prescription monitoring program (PMP) report, only to find that she was obtaining various opioids from several providers. The physician cut her off and reported her to the PMP just as crackdowns on opioid prescribers arose. The prescriptions dried up. She tried buying pills from illicit sources but found that at roughly a dollar a milligram, the street price of prescription opioids can rapidly exceed a generous mortgage every month. A friend offered her heroin to stave off the shivering, vomitous withdrawals, and she accepted. She is now hooked on heroin.

The patient is not real, but her story is a true-to-life composite of dozens of patients who have recounted the same well-beaten pathway to heroin in my medication-assisted treatment (MAT) practice. These patients fall victim to the pull of narcotics on an opioid-adjusted brain, but they also fall prey to the invisible hand of inviolable market principles. For people stuck on these substances, prescription opioids are a product of “price inelasticity” — the economic principle that posits that the demand for some products stays steady no matter how steep the price. Many people will not be able to quit opioids simply because Medicaid stops paying the copays — but they will drift to the cheapest source of a substance that will fit tight into the opioid receptor and satisfy the withdrawals for another day or at least another hour. And if the price of that source rises, they will either pay it or find another product that will do the job.

Enter Suboxone and its key ingredient buprenorphine — the mainstay of MAT treatment in the primary care setting. Suboxone staves off withdrawals longer than most opioids and boasts a much preferable safety profile. But it is expensive at the pharmacy and on the street. The single largest “cost” of switching to the safer, milder buprenorphine molecule is the wait time it requires to find a prescriber who possess the X-waiver license necessary to prescribe this medication in the United States, to hope that prescriber has not reached their patient limit of 30 or 100 or 275, and to pray that your insurance — if you have insurance — covers the drug without cumbersome paperwork and limitations. That makes Suboxone a precious commodity, creating medical rationing and an inevitable robust black market for the life-saving substance.

The key to solving both the opioid epidemic and the unsavory black market for Suboxone may lie over the Atlantic Ocean. Faced with their own opioid epidemic several decades ago, France has allowed buprenorphine prescription from primary care offices for over 20 years without the strict licensure and limits in effect in the United States. This liberal prescribing policy has resulted in wide availability of buprenorphine and a lower overdose death rate for the country. The policy functions on a basic market principle: flood the market with a safer alternative that then becomes the preferred product of opioid users. Use the marketplace of personal choices to make Suboxone cheaper and more available than cut-rate, adulterated heroin, and people will flock to it.

While France’s liberal prescribing policies for Suboxone may seem revolutionary, the isolation of buprenorphine to a special class of medications requiring extra training and licensure is an outlier in American medical regulations. I can prescribe insulin, Dilaudid, and Xanax without any more training than I received in a routine family medicine residency, even though all three of these medications can exert consequences far more severe than buprenorphine. But I cannot prescribe buprenorphine without meeting strict requirements and being subject to surprise DEA audits.

Above and beyond bucking the drug-war trend toward draconian supervision of opioid use disorder treatment, utilizing market-based approaches requires a fundamental belief that patients with substance use disorders are not crazed, irrational beings that have been hijacked by an exogenous molecule. Instead, patients with opioid use disorder are rational actors in their own lives who follow similar decision trees as anyone else: if you are ill, you seek to treat that illness effectively. If you are in pain, you seek means of relieving that pain. And just as a cash-strapped college student might comparison shop and clip coupons, individuals with opioid use disorder will find the means of satisfying their needs via the most financially expedient pathway that presents itself. If heroin is the cheapest fix on the market, users will choose heroin. If the safer, longer-acting Suboxone is that rational choice, users will choose Suboxone.

In a situation where the most rational choice is subsidized, widely available Suboxone, patients are free to make rational market-based choices that support their health, rather than paths of least financial resistance that result in exposure to impure substances, injection site or systemic infections, and street crime. We have only to correct the fundamental market mistakes of the drug war – especially the ludicrous assumption that banning an addictive chemical will result in anything but a sharp rise in black market supplies and the violence that accompanies prohibition — and move forward with policy choices that mesh with fundamental principles of human behavior. 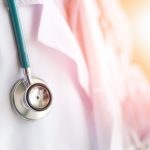 We have to deal with the trauma in veterans early on 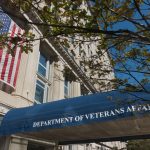