The theme for the 2022 Black History Month was “Black Health and Wellness.” To improve Black health and wellness, the scientific community needs to take the first step by removing the category of race in clinical guidelines where it can do more harm than good by exacerbating inequities in care.

Though there exists such small biological variation in races, the biological basis for distinguishing race continues to exist in genetic and medical research. The danger of using race as a biological category is that it is used without an appropriate level of evidence-for disease screening, management, and risk assessments.

The use of race as a biological factor affects Black patients with cardiovascular, kidney, and urologic diseases. Black women who are pregnant are given higher risk scores during delivery which leads to more cesarean sections and deaths in childbirth than white women.

There are historical underpinnings tied to the creation of hierarchal race categories with blatantly racist origins, though, indisputably, all of mankind originates from one race, Homo sapiens.

The categorization of race in medicine carried this troubled past forward, with years of validating eugenics and continuing to associate the Black race with being more prone to disease and responding biologically different to medical therapies than the white race.

The most prevalent example I see illustrated in the cardiovascular intensive care unit where I now work is the use of race-based algorithms in heart failure and cardiac surgery. Being Black automatically lowers the American Heart Association’s Get with the Guidelines-Heart Failure Risk Score, reducing the number of Black patients screened for heart failure. In cardiac surgery, being Black increases the Society of Thoracic Surgeons risk score for surgery. Both examples can lead to Black patients not receiving appropriate care that is afforded to white patients. There are many other examples of race-based medicine gone awry.

Genetic and medical researchers are contributing to the status quo of health care disparities by focusing heavily on biological race categories instead of addressing social determinants of health. Unfortunately, when researchers insert race into their tools, they risk interpreting racial disparities as incontrovertible facts rather than as injustices that necessitate intervention.

Years ago, working as a registered nurse, I admitted a patient into the burn intensive care unit who had suffered full-thickness, severe burns over most of their body, thus making their skin color and hair unidentifiable.

Knowing only the patient’s gender, I realized I had no idea the patient’s race and that my care of the patient would not change regardless of their race. I questioned the validity of categorizing race in the treatment of patients but dismissed the thought, having faith that science knew better. In fact, the human genome was subsequently mapped, and according to physician genomic scientists, “in genetic terms, all human beings, regardless of race, are more than 99.9 percent the same.” The 0.1 percent small existing genetic differences have more to do with adaptation to local environmental conditions and migratory patterns out of Africa than DNA.

The patient I cared for who had extensive burns was a victim of a fire in a drug den and subsequently died. I believe inequities in social determinants of health had more to do with their death than their biological race.

We need to address the underlying preventable factors that cause more Black Americans to die of heart attacks and strokes and suffer from high blood pressure and diabetes complications than white Americans instead of focusing on non-existent biological differences. I would like to see the scientific disciplines unite to call out the mislabeling of race as a biological category and stop using race in place of structural racism, toxic stress caused by discrimination, and systemic inequities in social determinants of health.

Instead of emphasizing our biological differences, the research community needs to focus on the real problems Black Americans continue to face that increase their risk of illness and death.

Carmen Presti is a nurse practitioner.

You take care of others all day. Here are 11 ways to care for yourself. 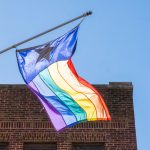