I was nervous, but I knew what I needed to do. I reminded myself that I would have regrets if I did not initiate the conversation I envisioned in the proceeding days. After a resident with whom I worked closely on my family medicine rotation gave me feedback on my performance, I asked if it would be OK to give him some feedback. He willingly agreed. After telling him how I appreciated the responsibilities he gave me with his patients, I took a deep breath and proceeded to tell him what I most wanted.

I explained how I noticed during several appointments with pediatric patients he referred to “mom and dad” when only the mom was in the room. For example, “Joey, do you listen to mom and dad when they ask you to do your chores?” he would ask the patient. Alternatively, he would ask the patient’s mother, “Does Sammy get along well with her siblings, you, and your husband?” Many of these appointments were first-time visits with the given patient, so I considered that the resident did not know with certainty who was tasked with raising the child. I told him that, having grown up with a single mother, I noticed this. Also, I shared that I have had experiences in my life whereby people asked me questions under the assumption that I had two parents. This expectedly made me feel very uncomfortable, especially as a child when I lacked the courage to muster the words to describe my reality. Therefore, I encouraged him to be more careful in his word choice when asking questions or making statements regarding a patient’s family.

To my relief, the resident was very appreciative of my feedback. He disclosed that he had never thought about this before. I knew that he and his wife had a toddler daughter, and I contemplated how this might have played into his own biases about family structure. He instantly reflected aloud on how similar to how a patient might have a single parent, a patient could have two parents of the same sex. Families come in various forms, whether by choice or not, especially in our modern day. We subsequently engaged in a meaningful conversation about assumption-making and biases in medicine. All too often, we, medical professionals or not, make assumptions without even realizing that we are, and the resident was a paradigm of this notion. He ultimately thanked me for providing him with this feedback and said he would implement it moving forward.

What I found especially moving from our conversation was his explanation that anyone can give the more typical sort of feedback to a colleague in medicine, but only people in positions relevant to a certain topic can truly provide helpful suggestions. Additionally, our conversation was a valuable reminder of my own assumption-making and biases. I will try to be more cognizant of them as I progress through my medical training, career, and life at large.

My family medicine rotation exam was the day after my discussion with the resident. The 90th and very last question on the exam described the case of a pediatric patient presenting to the clinic with her father because of her recent unruly behavior. The case did not describe the patient’s family members or specify who lived at home with the patient. The question then asked the best next step to further investigate this issue. One of the choices read, “Obtain collateral information from the patient’s mother.” My mouth dropped. Based on the question stem, all one knew about the patient’s family is that she had a father because he was the only person in the exam room with her.

Yet, the test writers wrote this answer choice in a way that forced the test taker to assume that the patient also had a mother if selecting this choice as the answer. It was a good thing that I did not think obtaining collateral information, regardless of the source, was the appropriate next step because I refused to pick this answer choice and thereby give into the test writers’ assumption that the patient had a mother in a “normal” family structure. After the exam, I again reflected on my experience and conversation with the resident, this time wishing to myself that the medical licensing exam writers had overheard it. Assumption-making and biases in medicine are perhaps even more prevalent than we think.

I am touched to know that future patients and families, even if only those seen by the resident, will not be put in the same unsettling positions that I have previously encountered — because I had the confidence to communicate something I felt passionately about. I aim to similarly act on my observations in a productive and meaningful way when I feel called to do so, and I encourage you to do the same.

What my 10 year old is teaching me about boundaries 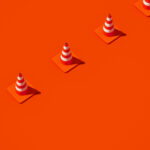 It doesn't matter where you are in the health care hierarchy