Primary care is in trouble again. Last summer, as government assistance programs expired or wound down, primary care practices across the country were struggling to stay afloat because of lost business. By October, patient visits had rebounded in most specialties. But by mid-November, as COVID-19 surged everywhere, primary care physicians reported that they faced critical staffing shortages and limited resources, according to a survey of 1,472 doctors by the Primary Care Collaborative and the Larry Green Center.

The monthly survey, last conducted from November 13 to 17, found that 63% of practices had staff out due to illness or quarantine. One in five practices lacked sufficient testing supplies.

Clinicians were also under siege. Forty-four percent of them had experienced salary cuts; 55% reported health declines from stress and fatigue; and 44% were out because of illness or quarantine.

Meanwhile, 14% of the physicians said their practices still didn’t have flu vaccine supplies, and 32% said they either lacked sufficient PPE or were concerned that reuse of PPE was unsafe.

In a sign that the early fall rebound in business is reversing, 25% of respondents reported their fee-for-service volume was down over 30%. Yet 20% of the practices were waiving copays and reducing fees to serve their patients.

Nine in 10 physicians said they saw worsening mental health among patients, and 37% had observed higher rates of substance abuse. Nearly two-thirds said an increased number of patients were unemployed, and 39% reported increased health insurance loss. A third of the respondents reported high levels of food and housing insecurity among patients.

While the PCC and Larry Green Center haven’t yet fielded their December survey, it can be surmised that the results will be bleaker than those of the November poll. Given the rapidly rising COVID-19 infection rates and the increasingly strident calls for people to stay home when they can and socially distance when they can’t, primary care practices are likely seeing their patient volume fall again.

Weirdly, some practices will actually benefit from this dropoff in business in the short term, because they don’t have enough doctors or staff to meet a higher demand. But how many practices can economically sustain themselves in the long term under current conditions?

Their use of telemedicine will undoubtedly jump, as it did last spring. According to the survey, 64% of respondents used telehealth for mental health counseling, and 69% used it to treat patients with chronic conditions. However, nearly 50% reported most telehealth visits are not covered at parity with in-person visits. So, once again, telehealth will help fill the care gap but won’t fill the coffers of primary care practices.

The vaccines are coming, no doubt, but experts say that that the pandemic won’t begin to recede until late spring or summer, after most people with comorbid conditions have been vaccinated. So we probably have four to six more months of fighting large-scale COVID-19 infections. During that period, many primary care practices will continue struggling to stay in business. How many will close during that period is anyone’s guess.

Public health departments and governments are rightly focused on the mounting crisis in hospitals right now, as ICUs overflow and evidence begins to emerge that some patients with serious COVID-19 cases are not being admitted. More rationing is likely on the horizon.

Meanwhile, however, let’s not forget about the plight of primary care practices, which form our first line of defense against COVID and essential to a functioning health care system. A second round of aid from the federal government is urgently required, although it seems unlikely to be included in the rescue package now being debated in Congress.

Failing that, financial incentives will be required to resuscitate our primary care practices after the pandemic begins to recede, and things get back to normal. Without adequate primary care, our population’s health will continue to worsen, and our health costs will keep on rising. 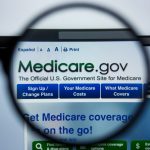