In a very unique study, researchers have tabulated how often family physicians provide patient care that is not covered with a CPT code. This is a little complex, for the non-physicians and even for many physicians to grasp, so I will provide a little more background first.

CPT stands for Current Procedural Terminology, which is the book written by the American Medical Association (AMA) since about 1965. This is the code book that Medicare, Medicaid, and all U.S. insurance companies use for billing purposes. It started off just as the name implies, codes for procedures. But sometime after the first addition (the early 1990s, I believe), the AMA added codes for clinic and hospital visits that did not include a procedure.

The study looked at nearly 1,000 family physician-patient encounters in a network of 10 family medicine residency clinics. Researchers found that in over 60 percent of the visits, the family physicians did more work than there exists a CPT code for the physician to tell the billing computer what he did. Yes, over half the visits. And for the physicians out there, this was just based on the rules of the CPT book. The study didn’t even get into the added complexities of the Medicare documentation rules.

How did this happen? The briefest answer is that the CPT book makes perfect sense if all the physician cares for is one body part. The progression of the codes makes some sense. For example, a doctor seeing a patient with very stable angina could code that as simple level complexity (99212), a patient with a possible mild change in his angina patterns would be a low complexity (99213), and a patient who is having significant, but not life-threatening, worsening of his angina symptoms could be billed as a moderate complexity visit (99214, which for all practical purposes is the highest code a family physician can bill in an outpatient visit). For a cardiologist, this is great. but what if the family physician manages the angina, and also the diabetes, back pain, and depression in the same visit. For the last three conditions, he has been forced by the CPT codes to give away his work for free. (For another 99214 example, a patient with diabetes not in good control can also be billed as a 99214.)

I have heard people estimate that the AMA makes about 2/3 of its revenue selling the copyrights to its CPT book. Even if that figure is not correct, the point is that there are millions of reasons the AMA doesn’t want its precious codebook threatened. It’s a goldmine for an organization that now represents less than 25 percent of American physicians. The CPT book is a disease-based system, not a work based system. It reflects the membership of the AMA, about 85% of whom only care for one body part or perform a small list of procedures.

Observational research several decades old also showed that family physicians often deal with three or more separate issues in a patient visit, though no previous study explicitly then turned around to ask how the existing CPT codes could be applied to those visits. However, knowing the CPT math, it absolutely befuddles me that the AAFP, or the general internist society, has never publicly complained about the inherent unfairness of the AMA CPT system. To my knowledge, no other country in the world uses the CPT system for primary care. It’s time family medicine chucked the CPT system into the trash heap it belongs. 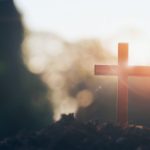 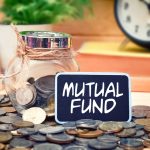